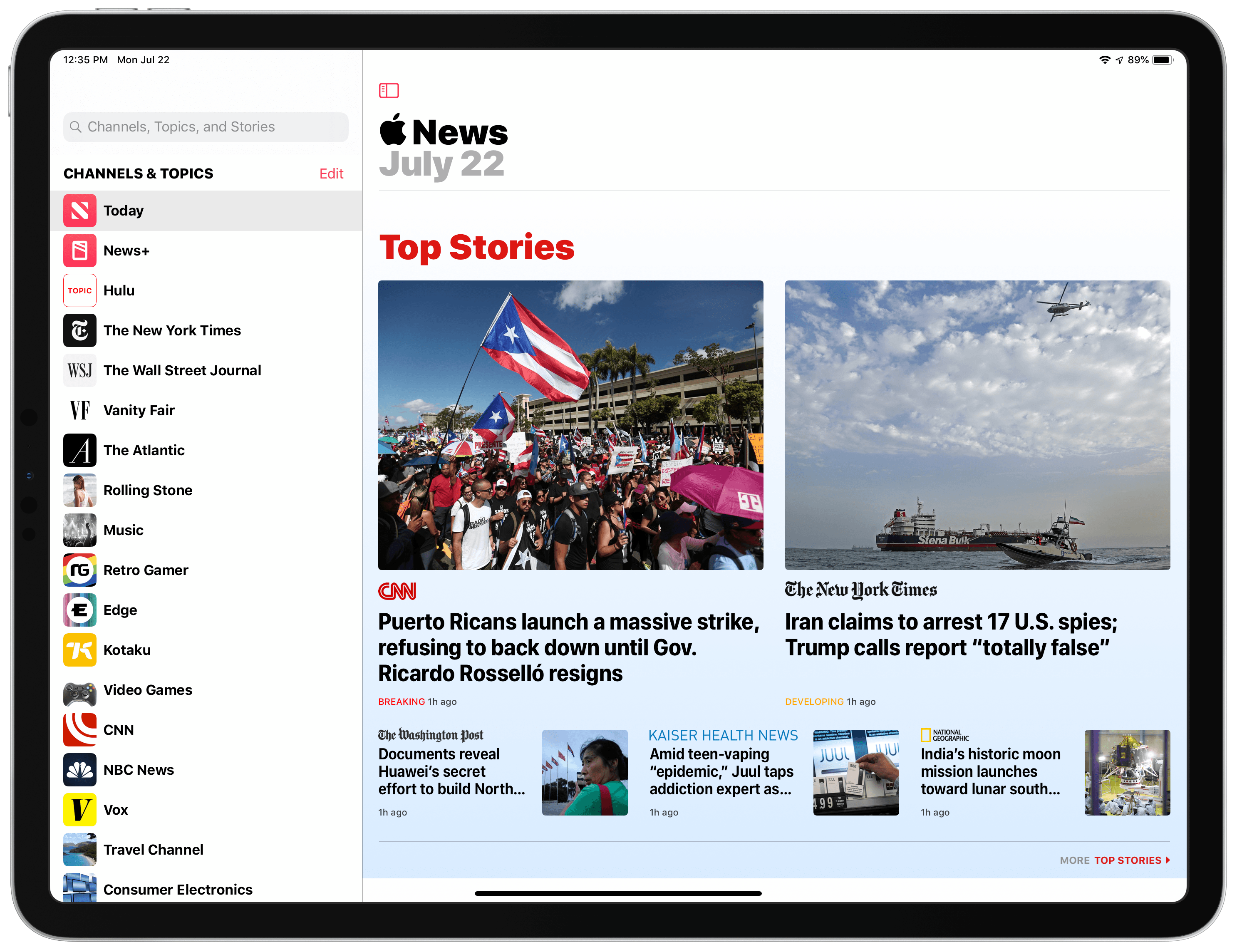 Apple has released iOS 12.4 with improvements to Apple News, a new iPhone migration tool, support for the HomePod in Taiwan and Japan, and a fix for the security flaw in the Apple Watch’s Walkie-Talkie app.

With the release of version 12.4 of iOS, downloaded magazines in the My Magazines section of the News app are now available for reading online and offline. The catalog of publications in Apple News includes newspapers like the Wall Street Journal, which previously weren’t listed in the catalog. There’s also a new option to clear downloaded magazines from Apple News by selecting History → Clear → Clear All.

In addition to the changes to News, the update introduces an iPhone migration tool that allows users to wirelessly transfer data from an old to a new iPhone during the setup process, support for the HomePod in Taiwan and Japan, and a fix for the security flaw in the Walkie-Talkie Watch app.

It was widely anticipated that iOS 12.4 would introduce the Apple Card, the credit card the company announced in March, but based on early reports, it looks like users will have to wait a while longer before signing up for the card.