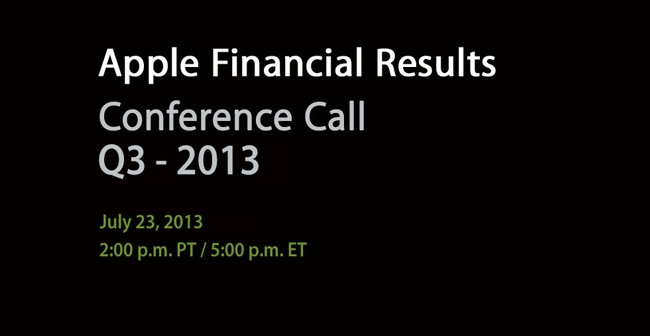 We are especially proud of our record June quarter iPhone sales of over 31 million and the strong growth in revenue from iTunes, Software and Services,” said Tim Cook, Apple’s CEO. “We are really excited about the upcoming releases of iOS 7 and OS X Mavericks, and we are laser-focused and working hard on some amazing new products that we will introduce in the fall and across 2014.

The company generated $7.8 billion in cash flow from operations during the quarter.

Fifty nine analysts consisting of Wall Street professionals and independents polled by Fortune forecast average earnings per share of $7.48 and $35.37 in revenue, and median earnings of $7.41 per share and $35.23 billion in revenue. Analysts estimated 27.12 million iPhones and 18.04 million iPads sold. Amongst those polled, Horace Dediu of Asymco forecast  revenue of $32.6 billion ($7.58 per share), with 26.6 million iPhones and 20.45 million iPads sold. Wall Street’s consensus estimated $35.01 billion in revenue.

Apple’s third quarter is always the quiet quarter as the company winds down from WWDC to prepare for Fall product launches, but the current state of Apple’s developer portal, which has been down since July 18th, has attracted lots of negative attention surrounding vulnerabilities that could give an attacker access to developer’s names and email addresses. Jim Dalyrmple has rightly noted that iTunes customers are not affected.

Speculation, however, is at an all time high for a new addition to Apple’s family of iPhones. An affordable iPhone, perhaps a phone that will be free on contract or inexpensive to purchase outright in comparison to Apple’s new flagship model, is being expected as the new thing for this Fall. There’s still not enough conclusive evidence to tell what this new iPhone might look like or what specs it will have, but there’s enough noise to convince us that something is happening here.

The other hot topic, at least for a little while, was Apple’s announcement of iOS 7 and OS X Mavericks. The former led to lots of divisive opinions and criticism on how Apple is moving forward with iOS, questioning Apple’s design direction by Jonathan Ive and whether Apple’s next iteration of iOS is what consumers really want. We have lots of thoughts and questions, but we think the direction is a good thing moving forward.

While physical products and software updates have stayed out of sight, Apple’s App Store and iTunes are things that didn’t go unnoticed. Apple recently celebrated their 5th year of the App Store, and now they’re celebrating one billion podcast subscriptions. Fortune even has predictions for this operating segment too.

- iPhone sales were ahead of the company’s expectations.

- iPhone 5 remains the most popular iPhone, but Apple is happy with sales of iPhone 4 and iPhone 4S as well.

- iPhone continues to be the smartphone of choice for business. US government organizations are supporting and managing thousands of iPhones on their networks, building and deploying custom apps.

- Mac sales in decline compared to year-ago quarter, but still higher than the company’s expectations.

- Over 8 trillion push notifications have been sent to date.

- Tim Cook: Our key catalysts will always be new products and new services in existing and new categories.

- Tim Cook: I don’t subscribe to the view that the high-end smartphone market has peaked. I don’t believe that, but we’ll see.

- Tim Cook: I like the environmental aspect of an iPhone trade-in program.

- Tim Cook: We think that if we make great products, the financial metrics will come. We don’t think that they’re mutually exclusive.

Below, a series of graphs showing Apple’s Q3. Click for larger size. 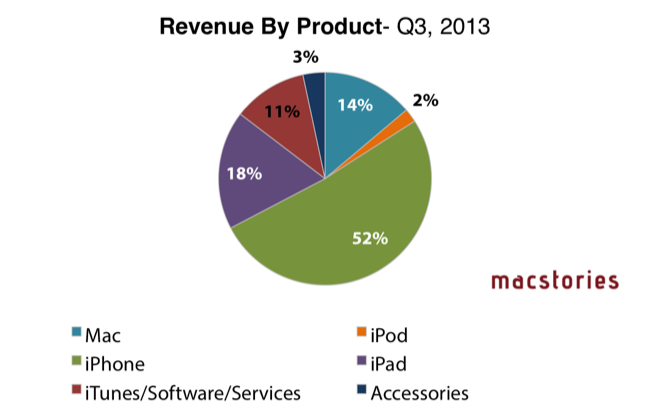 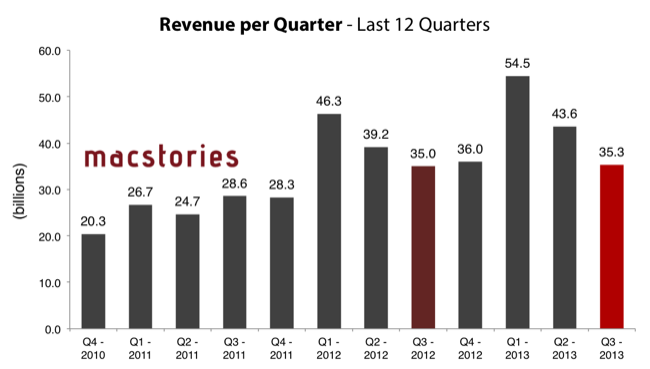 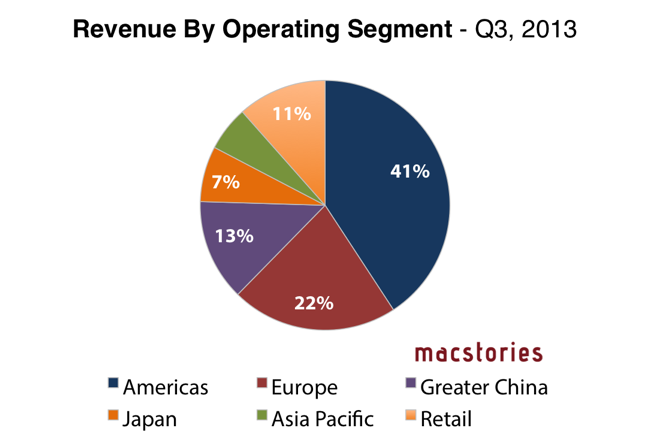 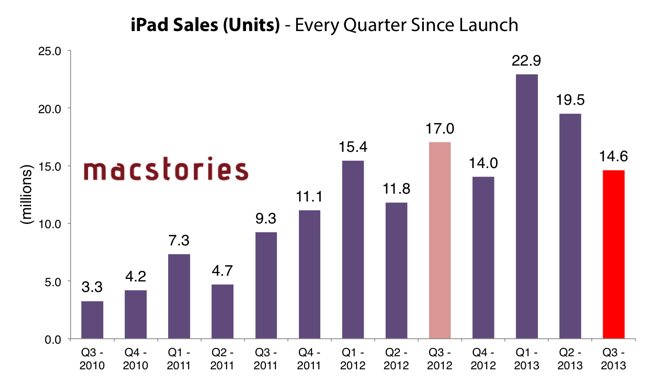 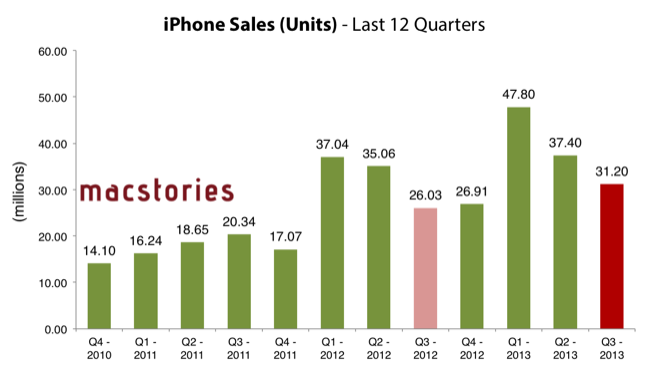 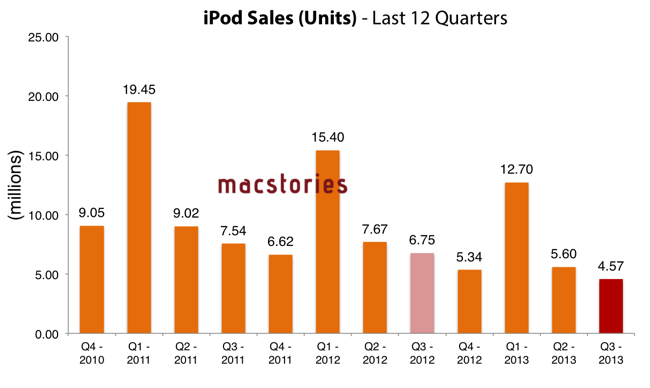 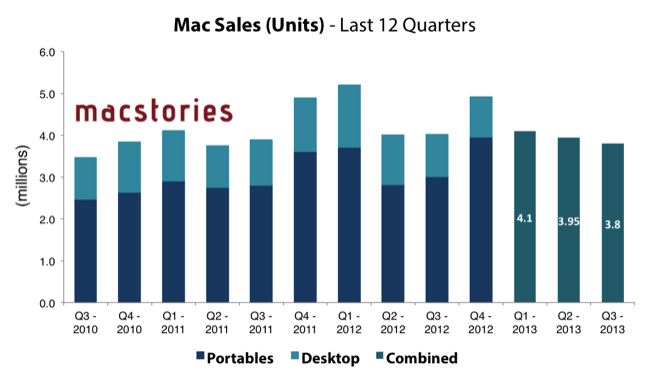