Apple has just published its financial results for Q2 2017, which covered the period from January 1, 2017 through to April 1, 2017. The company posted revenue of $52.9 billion with a quarterly net profit of $11 billion. Apple sold 8.9 million iPads, 50.8 million iPhones, and 4.2 million Macs during the quarter.

“We are proud to report a strong March quarter, with revenue growth accelerating from the December quarter and continued robust demand for iPhone 7 Plus,” said Tim Cook, Apple’s CEO. “We’ve seen great customer response to both models of the new iPhone 7 (PRODUCT)RED Special Edition and we’re thrilled with the strong momentum of our Services business, with our highest revenue ever for a 13-week quarter. Looking ahead, we are excited to welcome attendees from around the world to our annual Worldwide Developers Conference next month in San Jose.”

Apple is expected to report earnings of $2.01 per share, up from $1.90 in the same period last year, on revenue of $52.61 billion, according to consensus third-party analyst estimates. In the last quarter, it reported all-time record quarterly revenue on strong holiday results, with international sales accounting for 64% of the quarter’s revenue, according to its earnings press release.

The big focus this quarter is on the company’s flagship smartphone products. iPhone sales are expected to increase 4.3% from a year ago, according to Wall Street estimates. In the previous quarter, Apple benefited from a rise in average selling prices, jumping to $695 from $619 in fiscal Q4. The company attributed the increase to a “very strong product mix and the amazing success of iPhone 7 Plus” on its earnings call.

App Store revenue up 40% year-over-year and the number of developers is up 26%.

380,000 messages sent per second during the Super Bowl from Messages app.

Gains in market share for the Mac driven by new MacBook Pro and investing aggressively in the Touch Bar feature.

Revenue from wearables (Apple Watch, Beats, and AirPods) was the size of a Fortune 500 company.

Apple Retail is debuting new experiences to customers like the Dubai Mall store.

Apple spent over $50 billion on US suppliers in the last fiscal year.

Apple is raising its dividend to $0.63/share and extending its stock buy-back program to March 2019.

Tim Cook explains that 7 of top 10 trafficked retail stores are in Greater China, but performance was hurt by a 5% devaluation in currency.

Growth in Apple’s R&D spend slowing down a bit – stabilizing around 5% of revenues (still far higher in $ and % terms than under Jobs) pic.twitter.com/3uUbMNrErF

Apple’s services is up YoY, down slightly from Q1.

China off -14 YoY leading to a big fall swing likely.

At first glance, looks like a pretty good quarter for Apple Watch sales (note this chart is annualized sales) pic.twitter.com/OuvkFaUDia 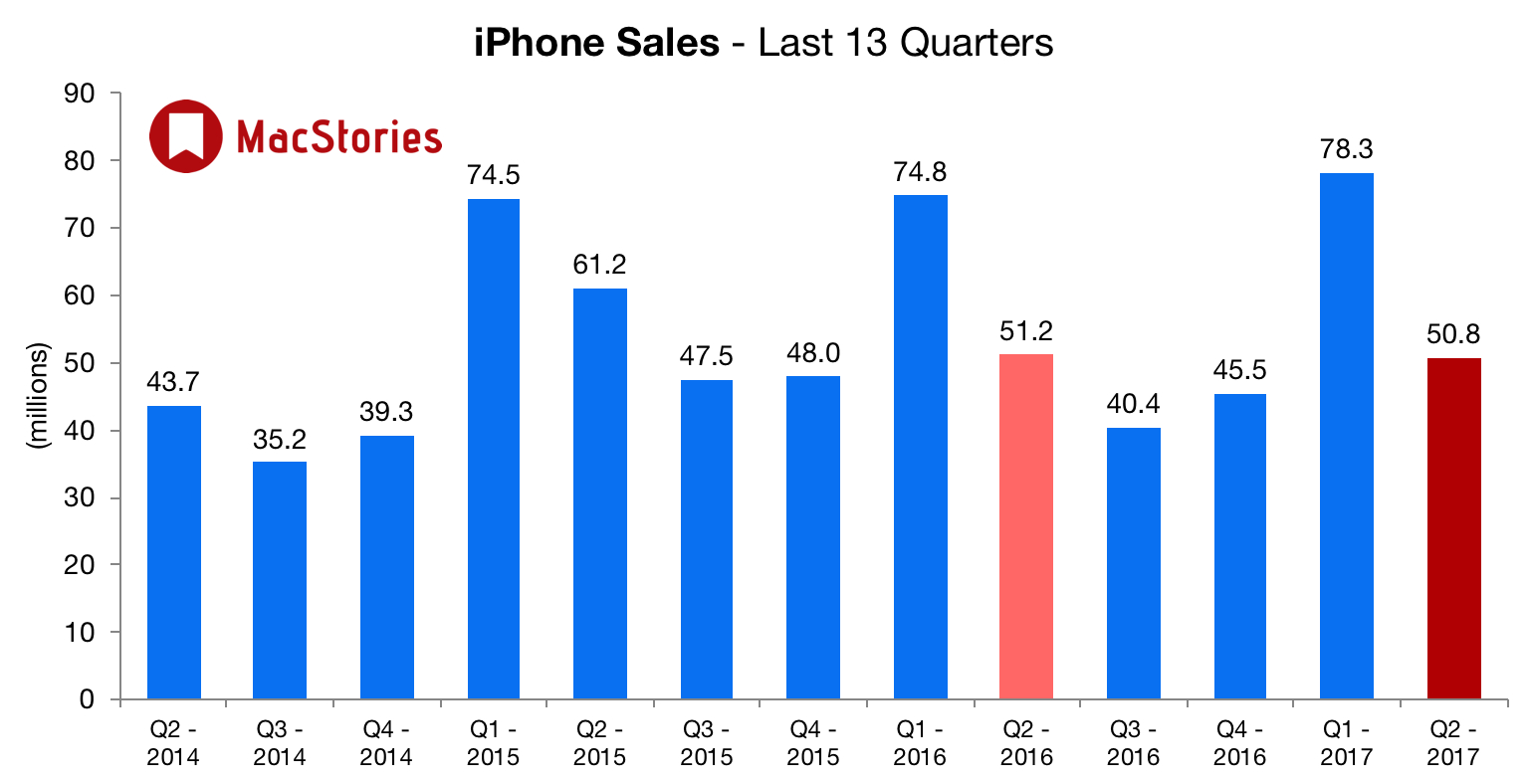 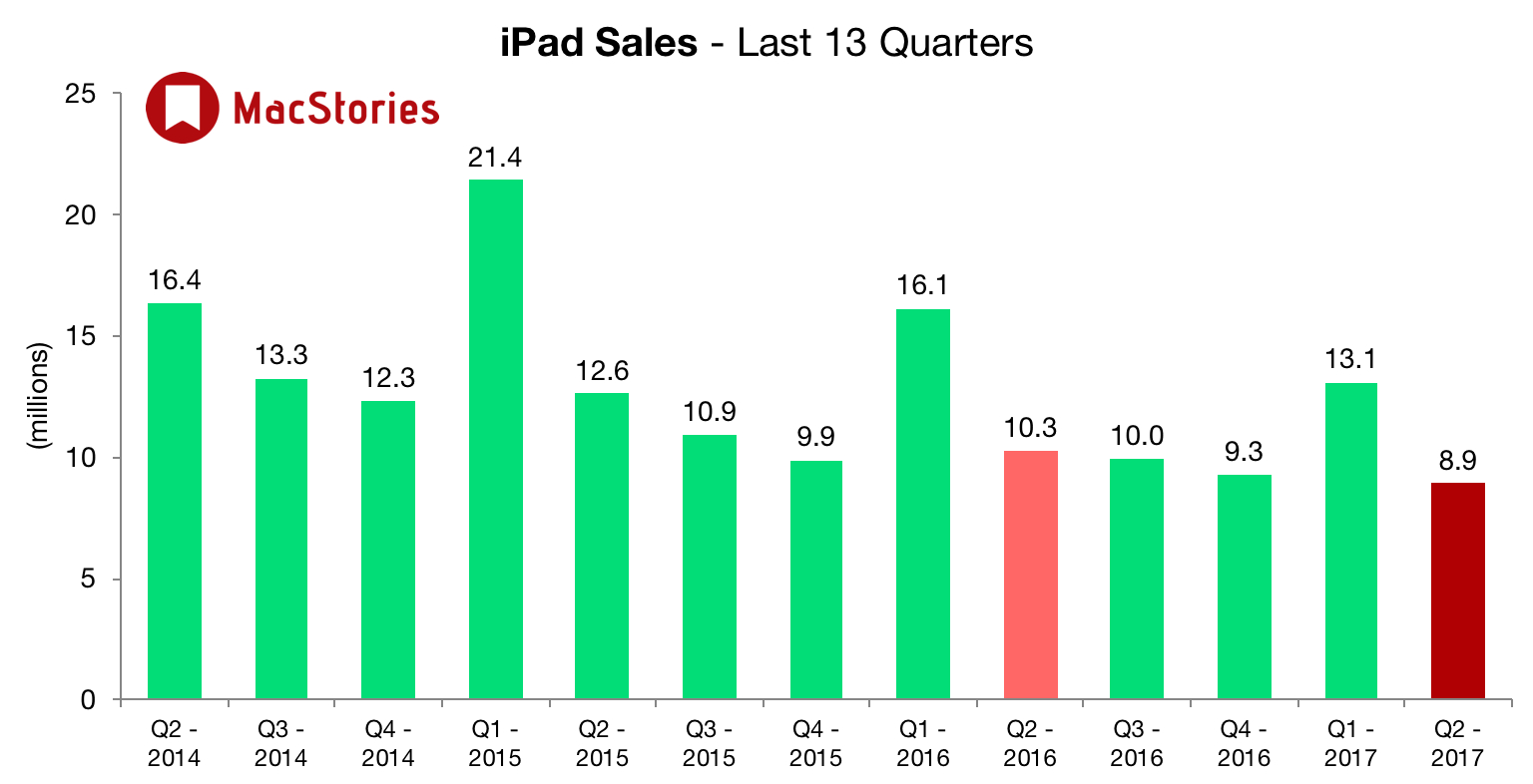 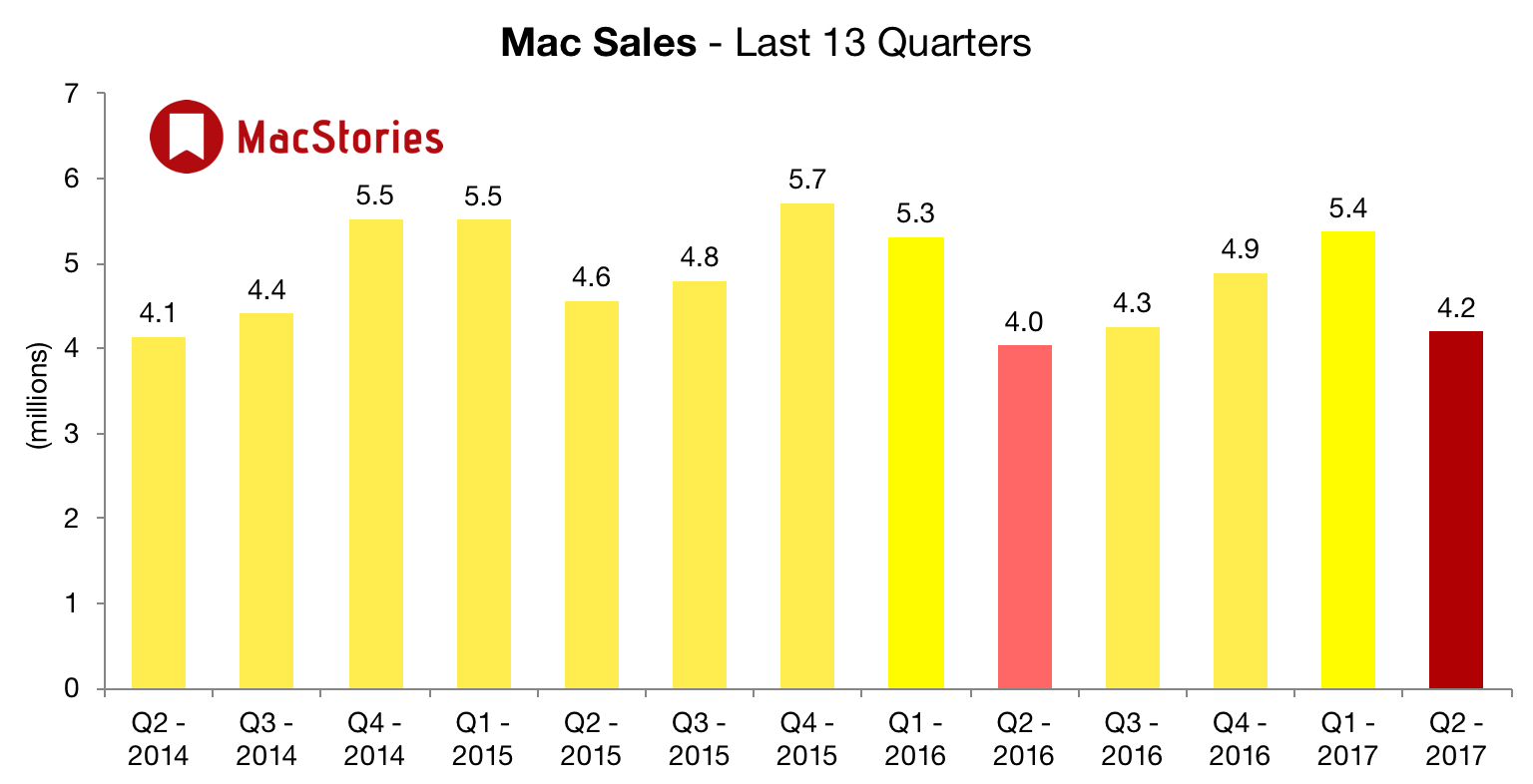 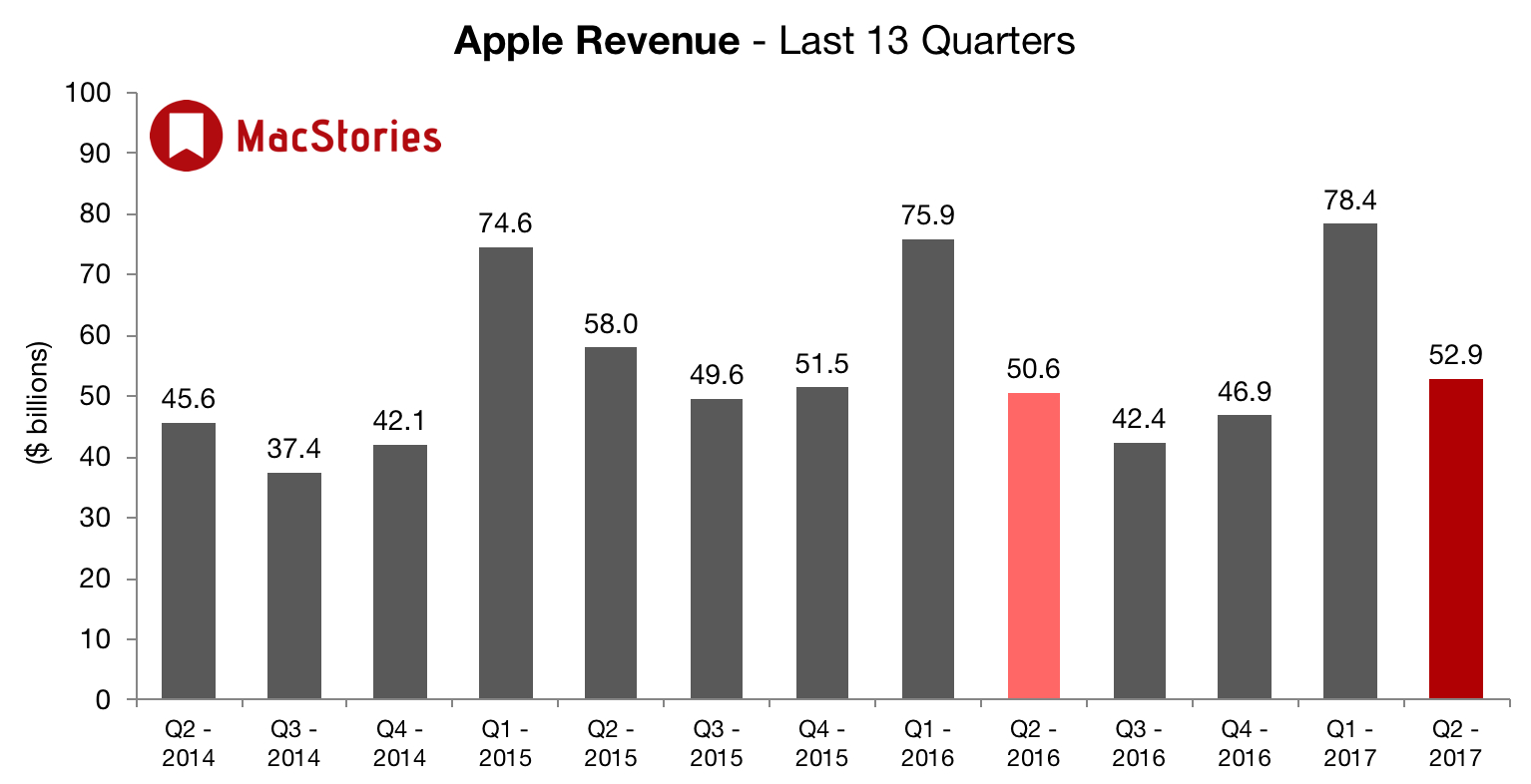 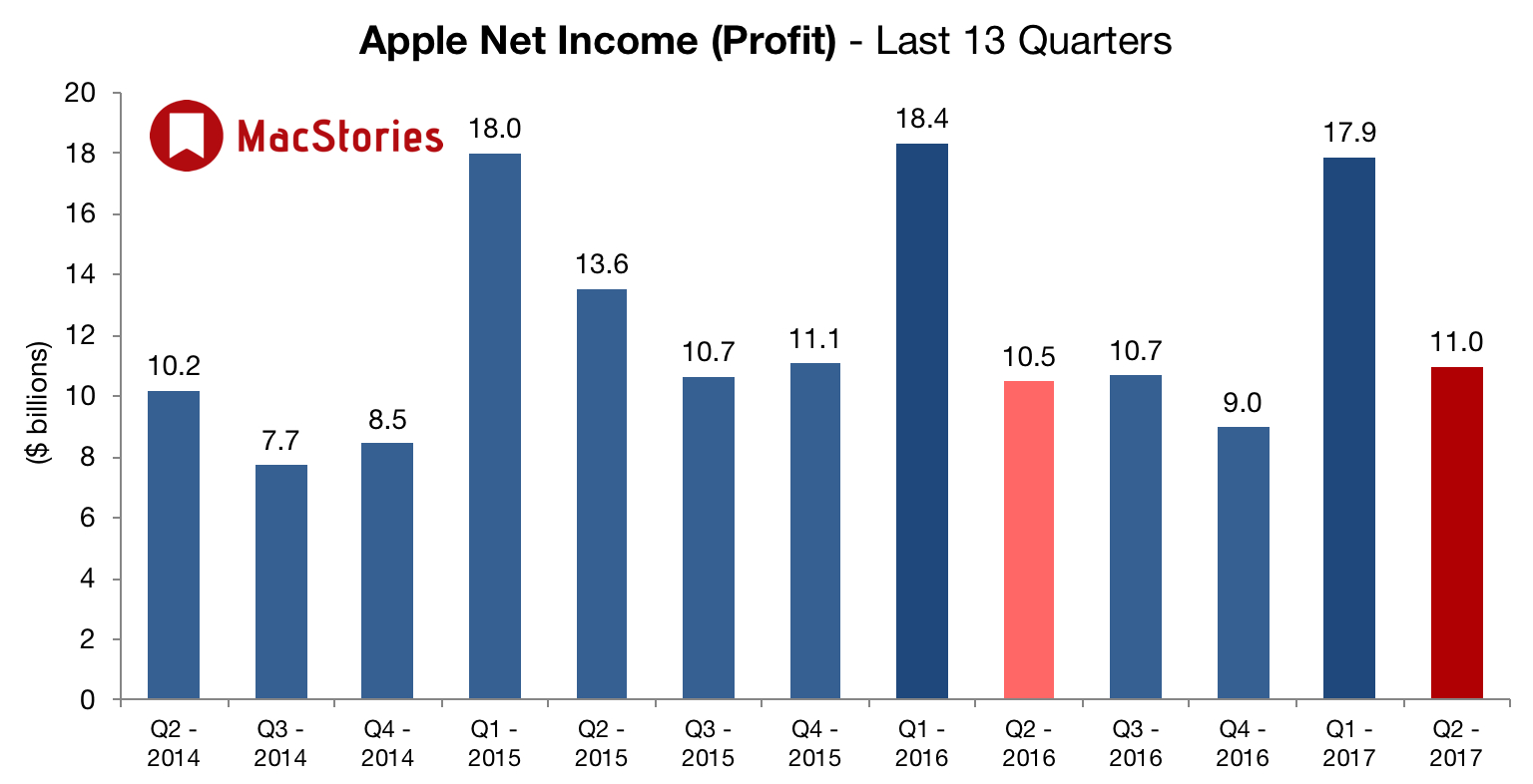 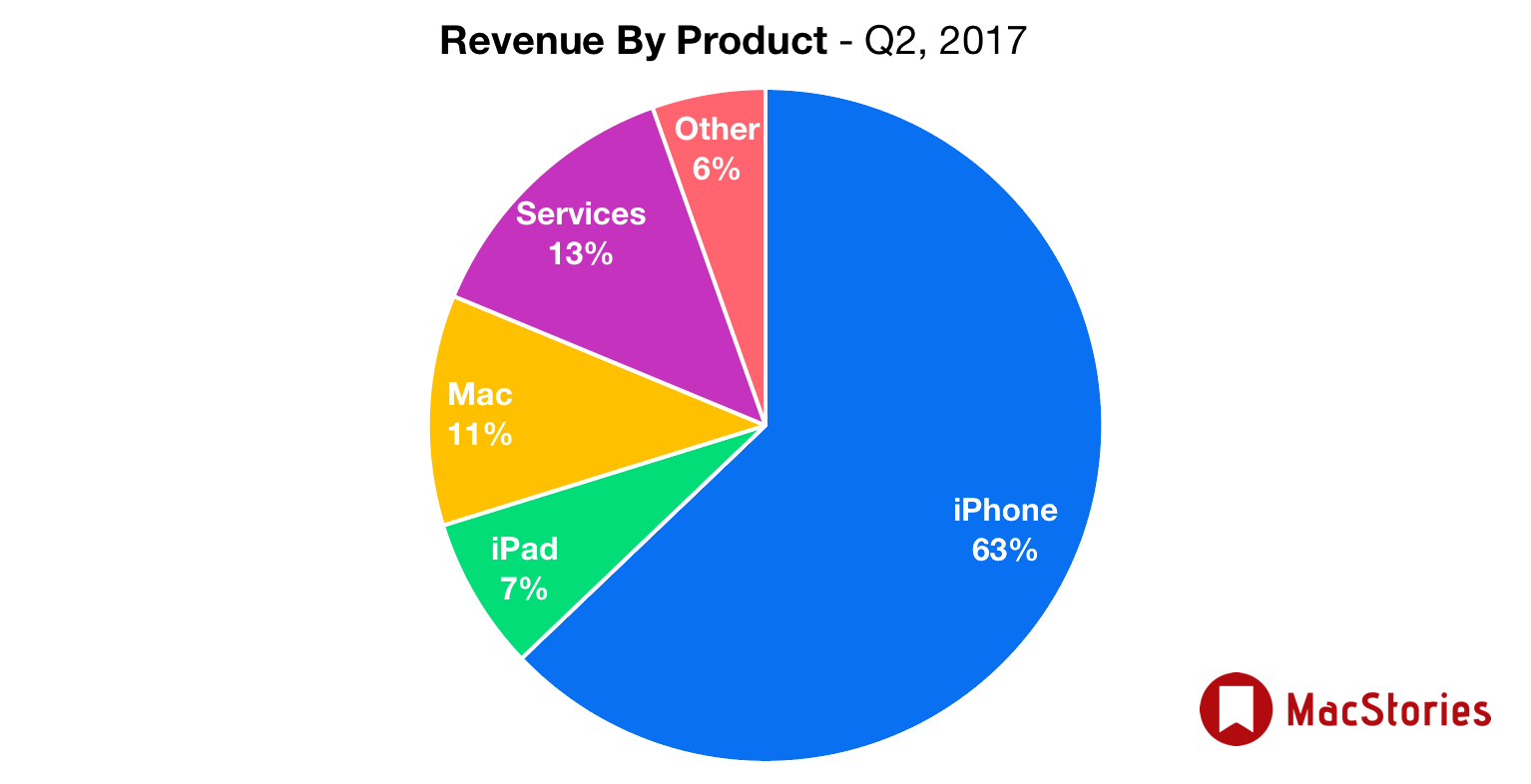 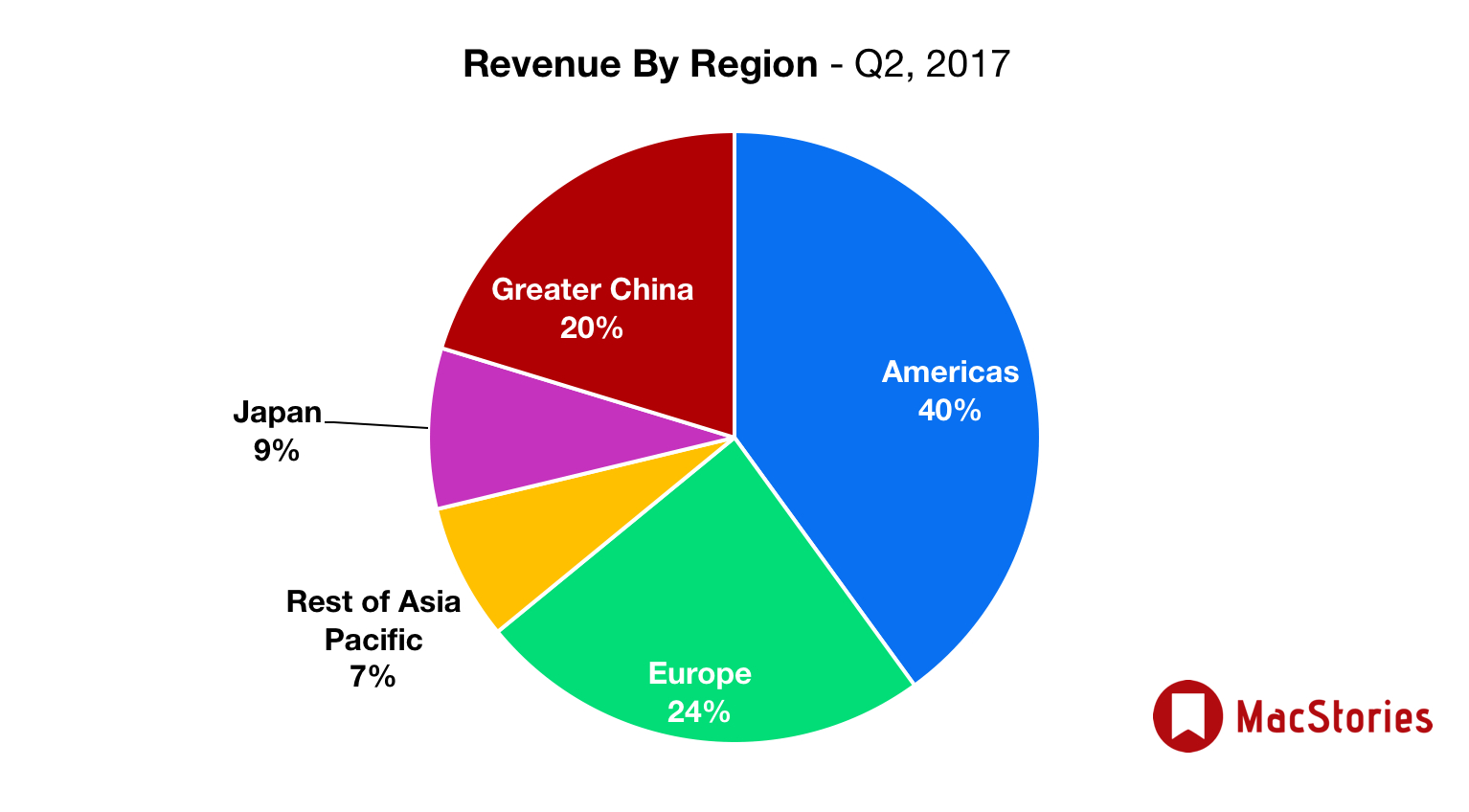 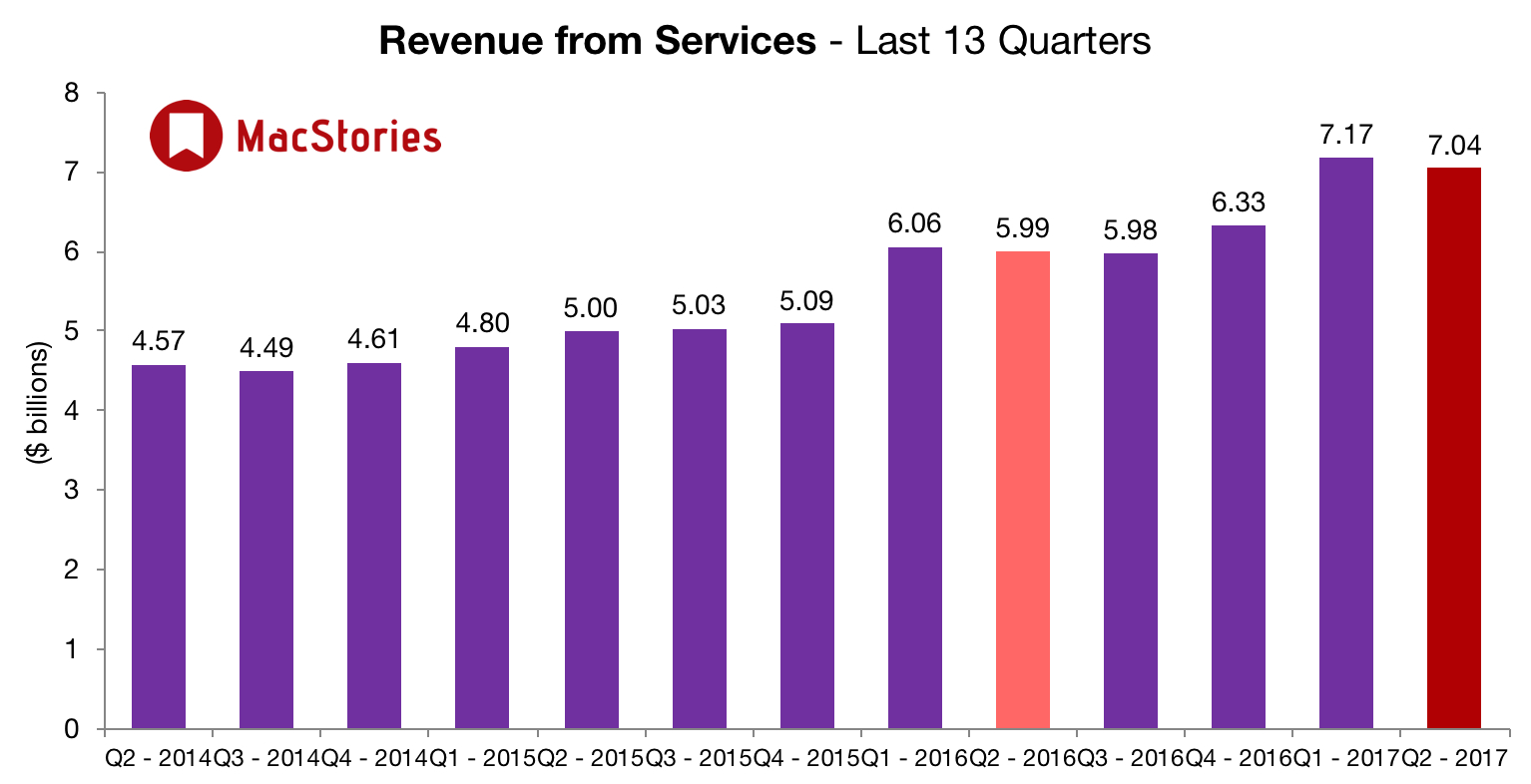 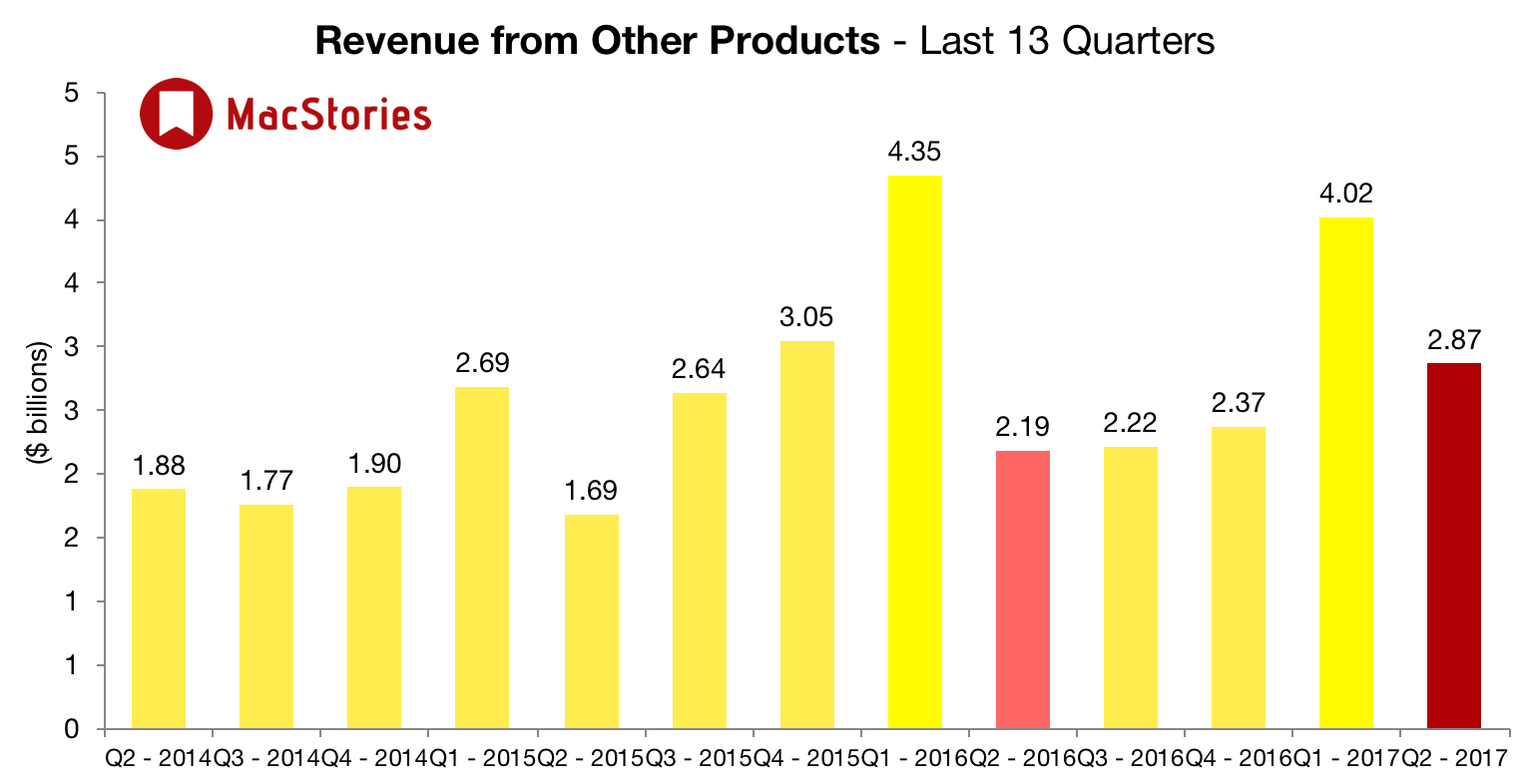 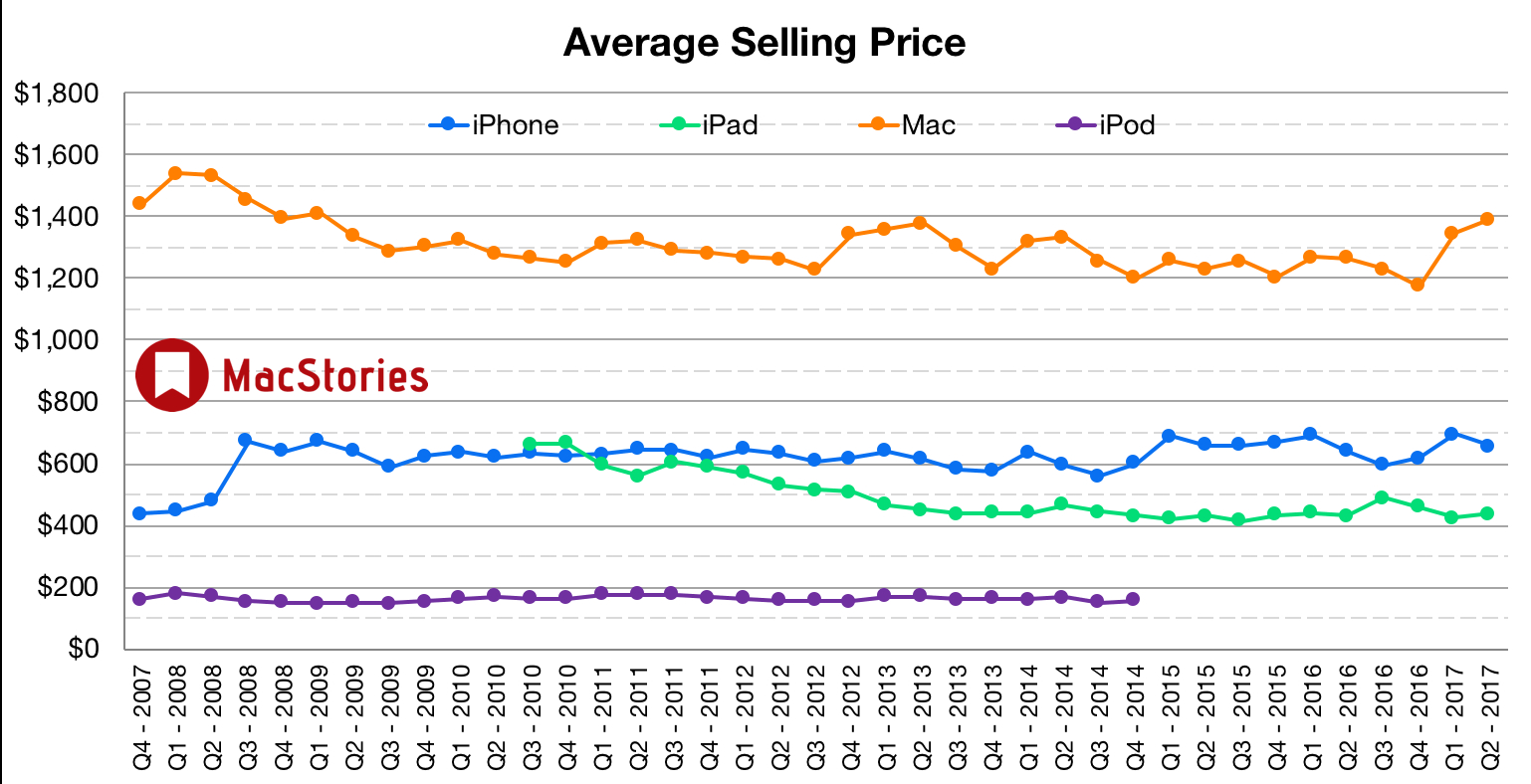 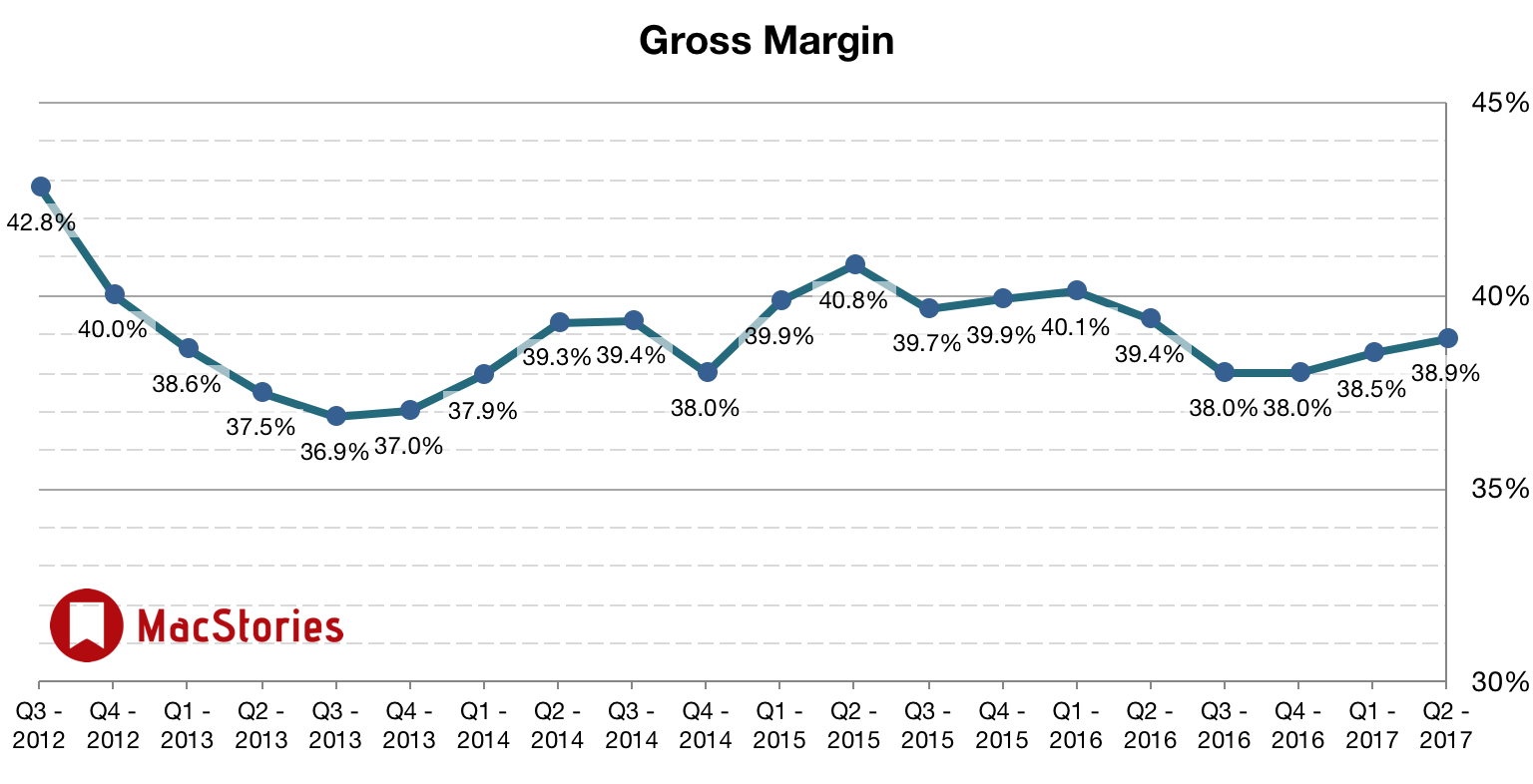 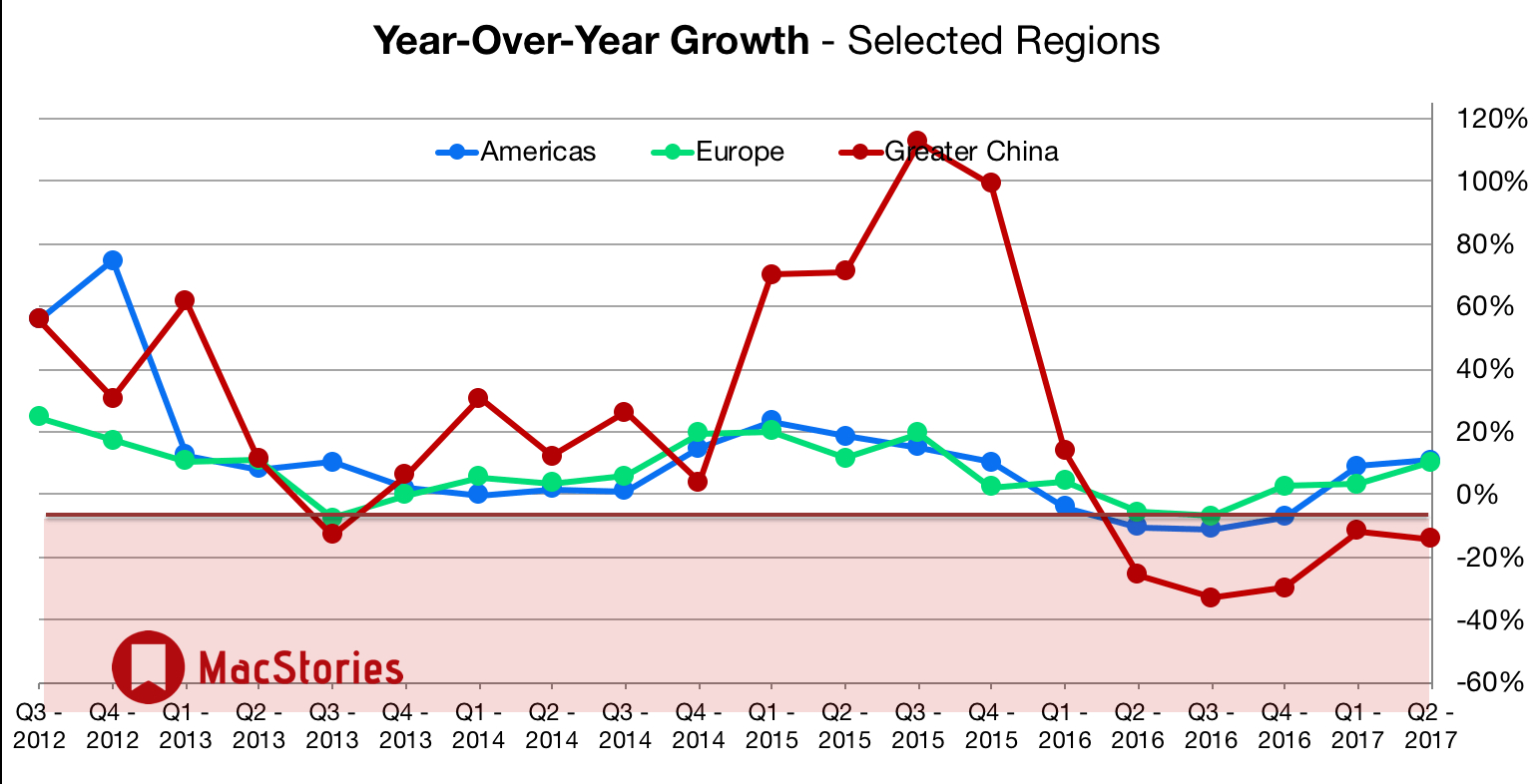 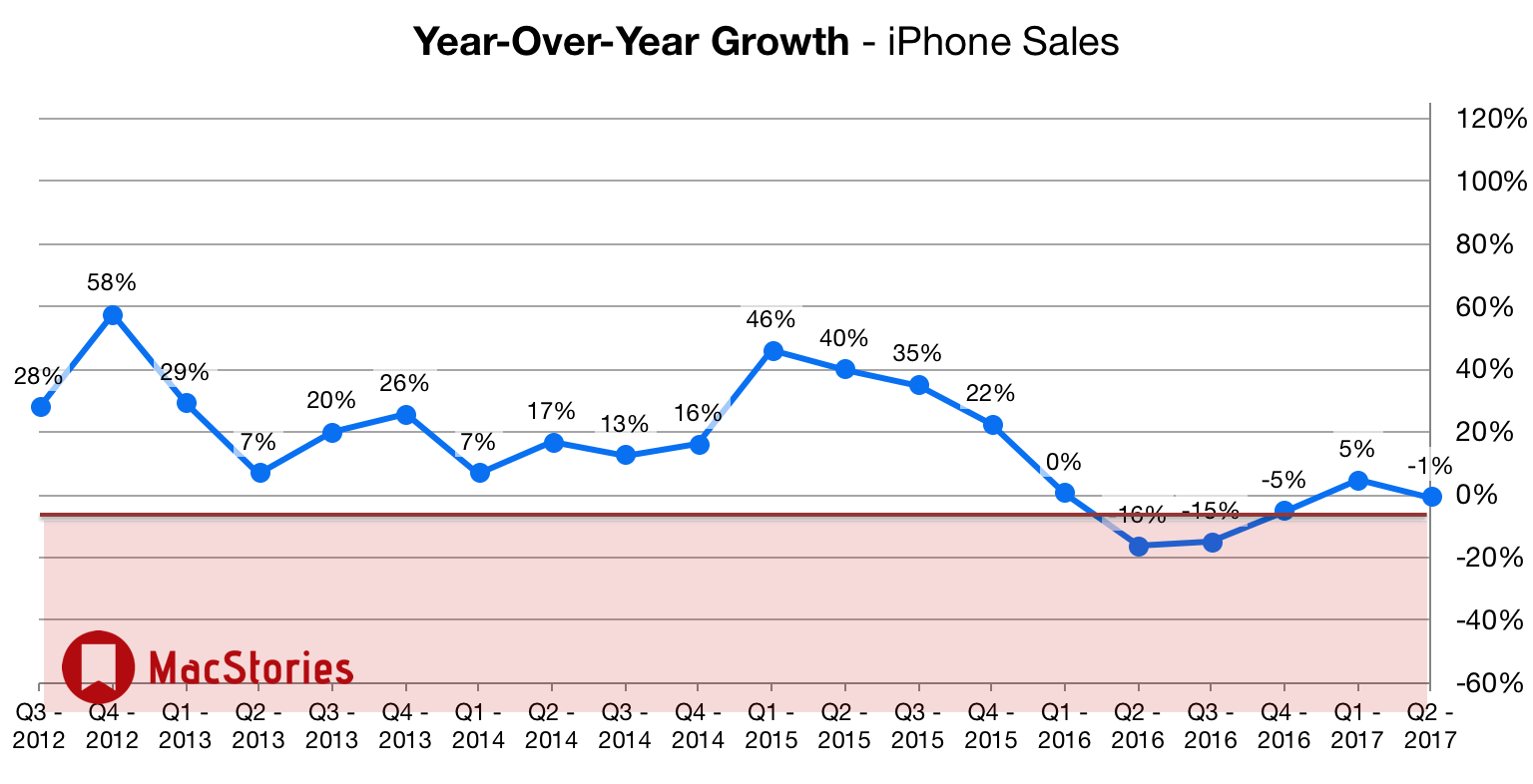 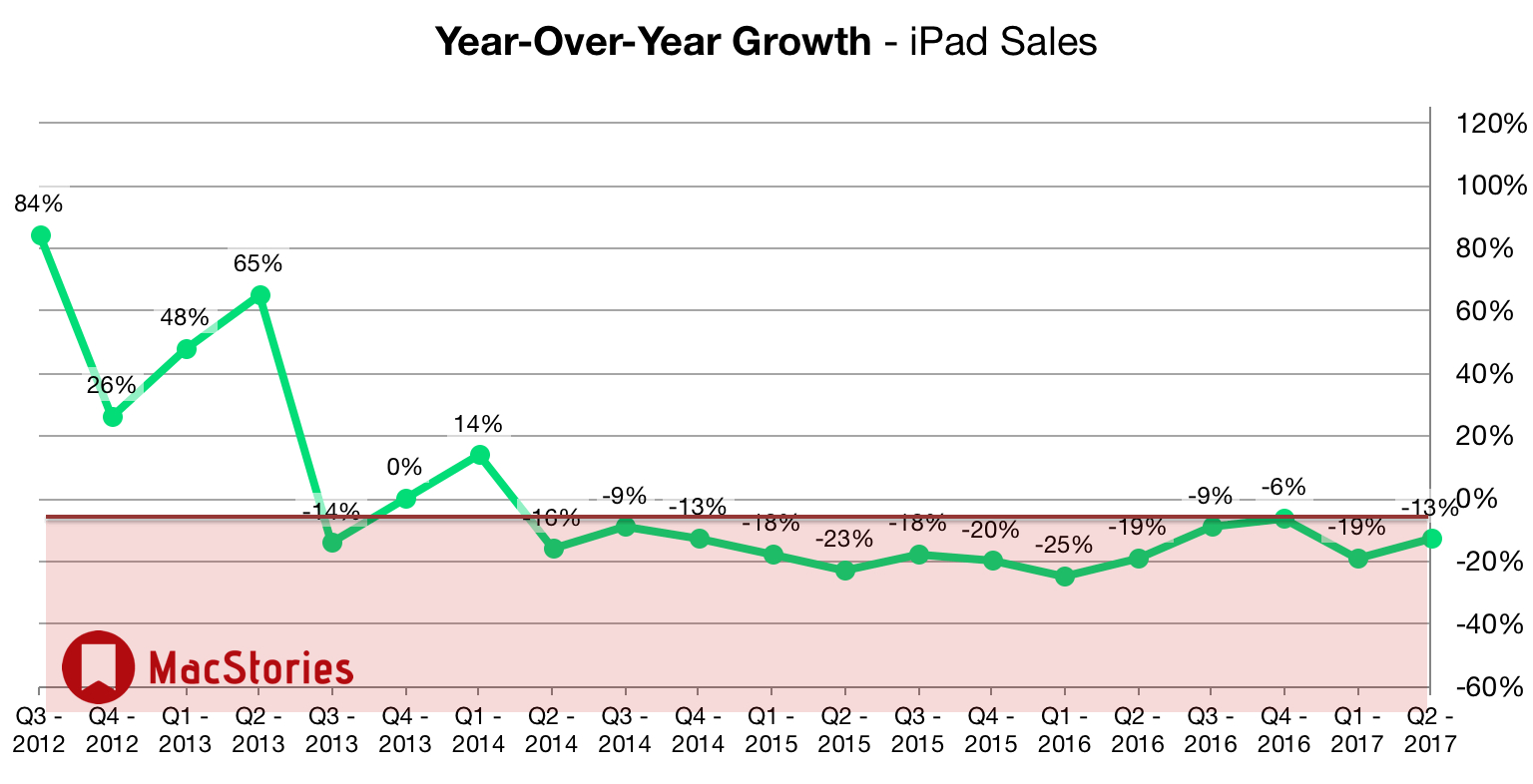 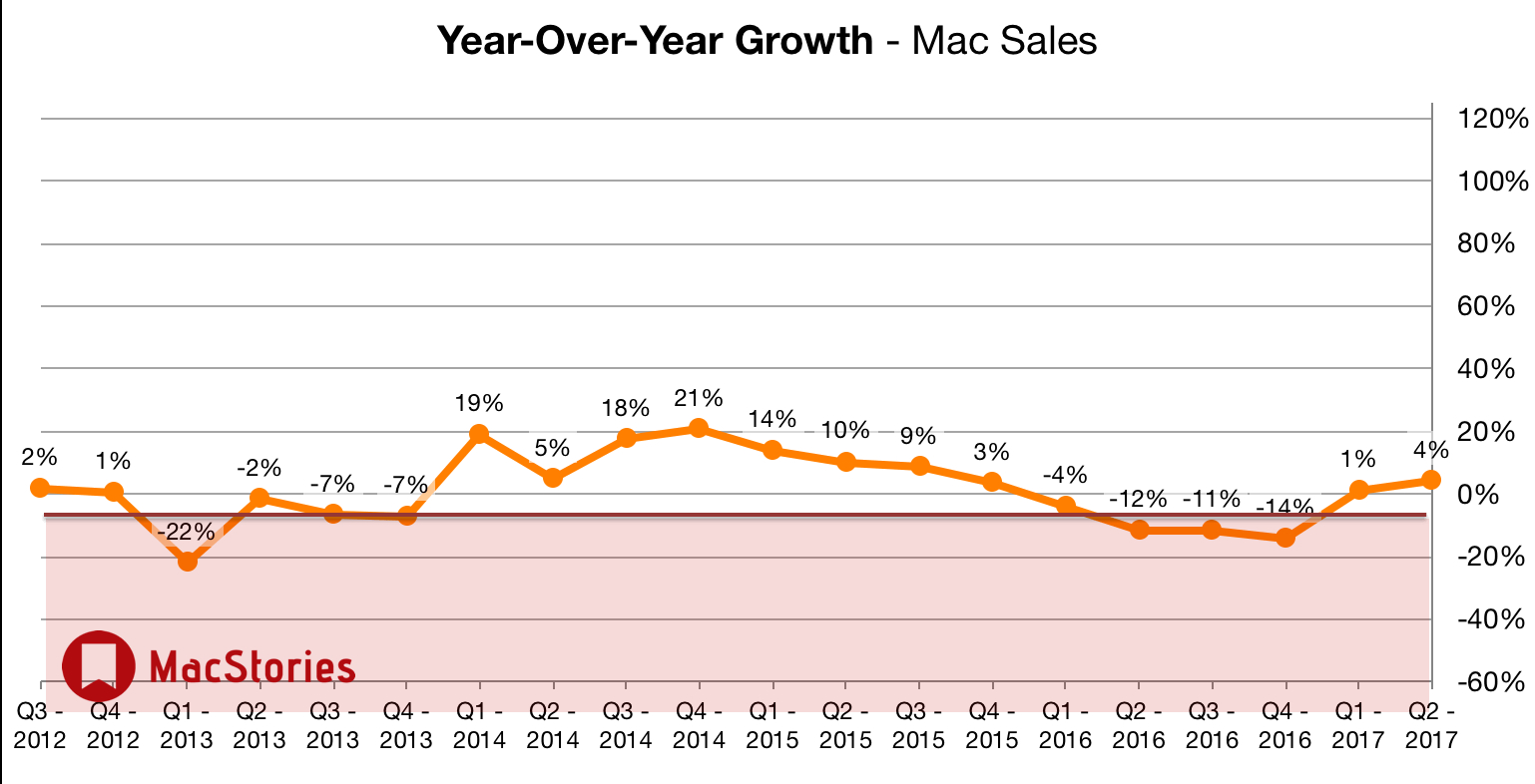 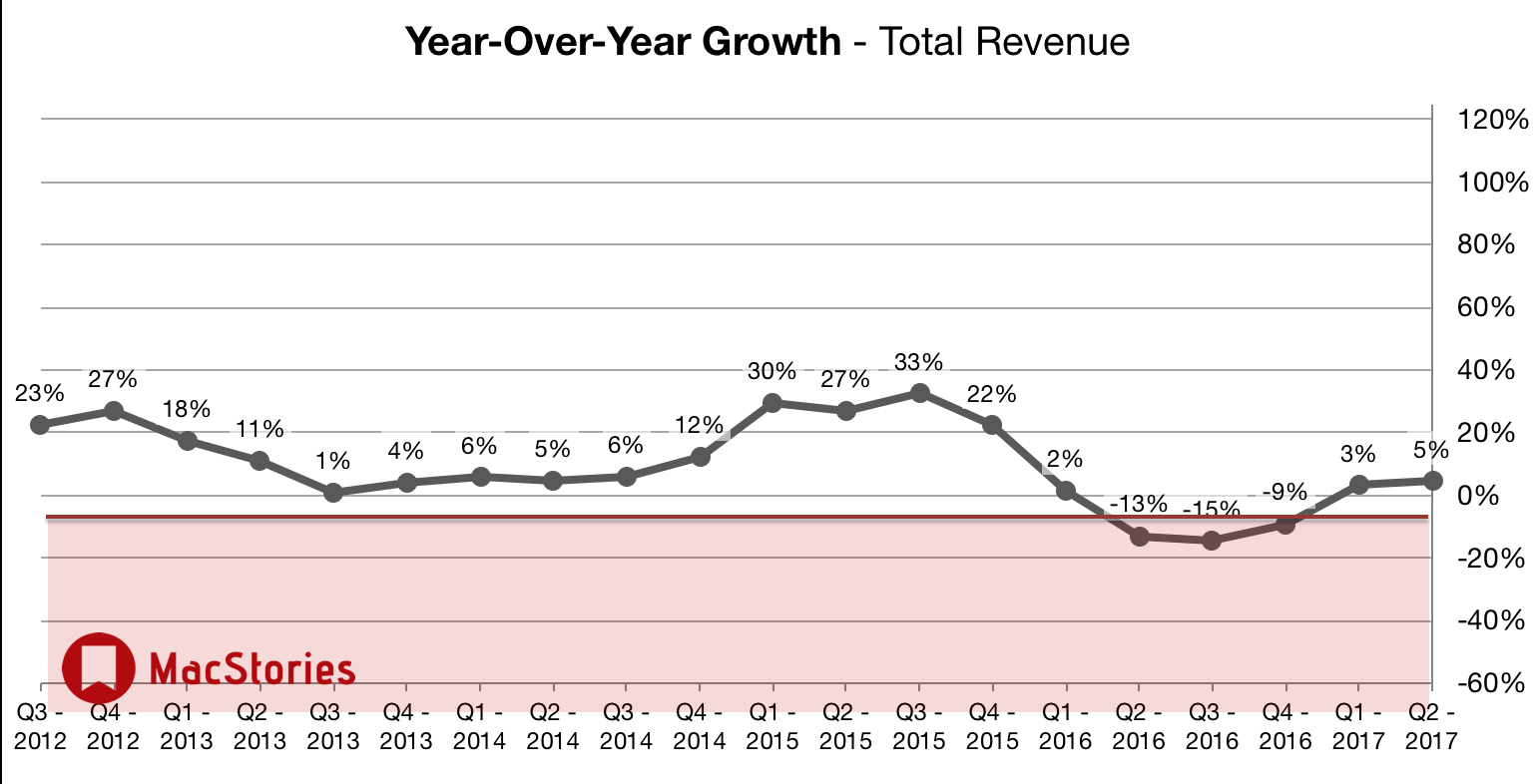