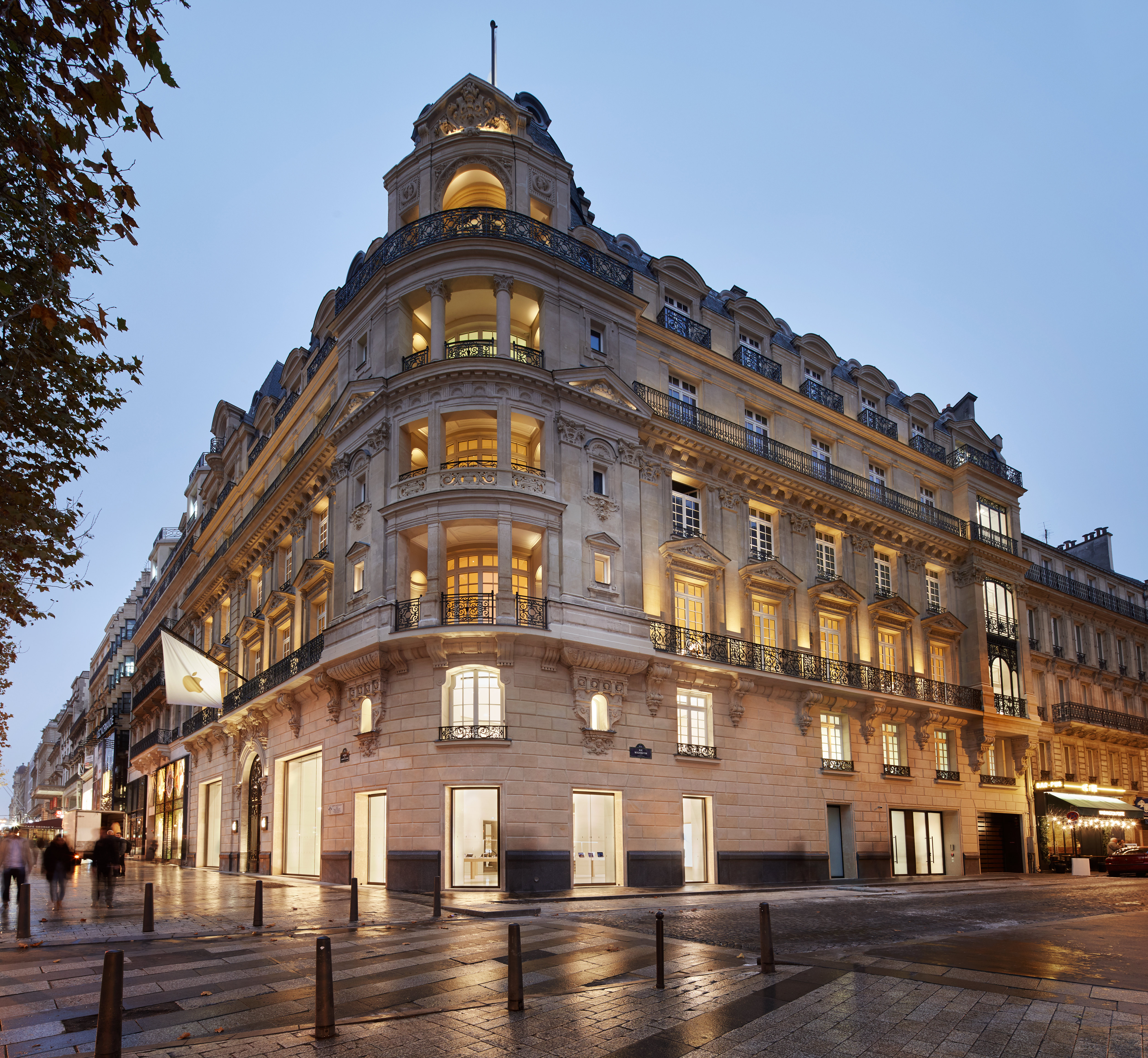 “While it was disappointing to miss our revenue guidance, we manage Apple for the long term, and this quarter’s results demonstrate that the underlying strength of our business runs deep and wide,” said Tim Cook, Apple’s CEO. “Our active installed base of devices reached an all-time high of 1.4 billion in the first quarter, growing in each of our geographic segments. That’s a great testament to the satisfaction and loyalty of our customers, and it’s driving our Services business to new records thanks to our large and fast-growing ecosystem.”

Apple’s original revenue guidance for Q4 2018 fell between $89 billion and $93 billion but was revised downward to $84 billion in a letter from CEO Tim Cook to shareholders that was released on January 2, 2019. Gross revenue which was originally estimated to be between 38% and 38.5%, was revised to 38% in Cook’s letter.

For Apple, the slowdown is expected to continue with fiscal second-quarter revenue of $59 billion, according to analyst estimate data compiled by Bloomberg. That would be a year-over-year decline of about 4 percent.

In the year-ago quarter (Q1 2018), Apple earned $88.3 billion in revenue. During that quarter Apple sold 77.3 million iPhones, 13.2 million iPads, and 5.1 million Macs. As announced on Apple’s last earnings call, the company did not report Q1 2019 unit sales for any of its products. 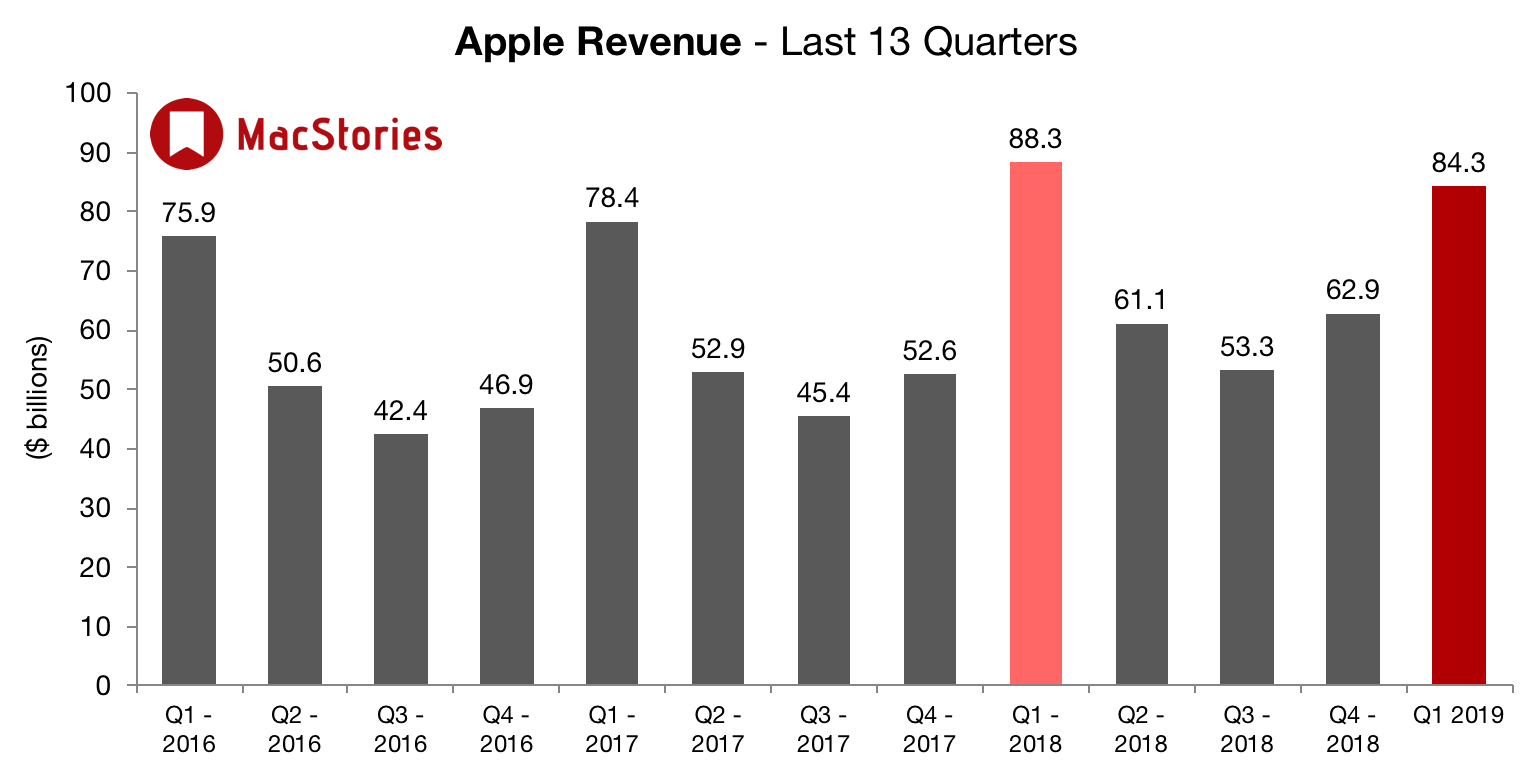 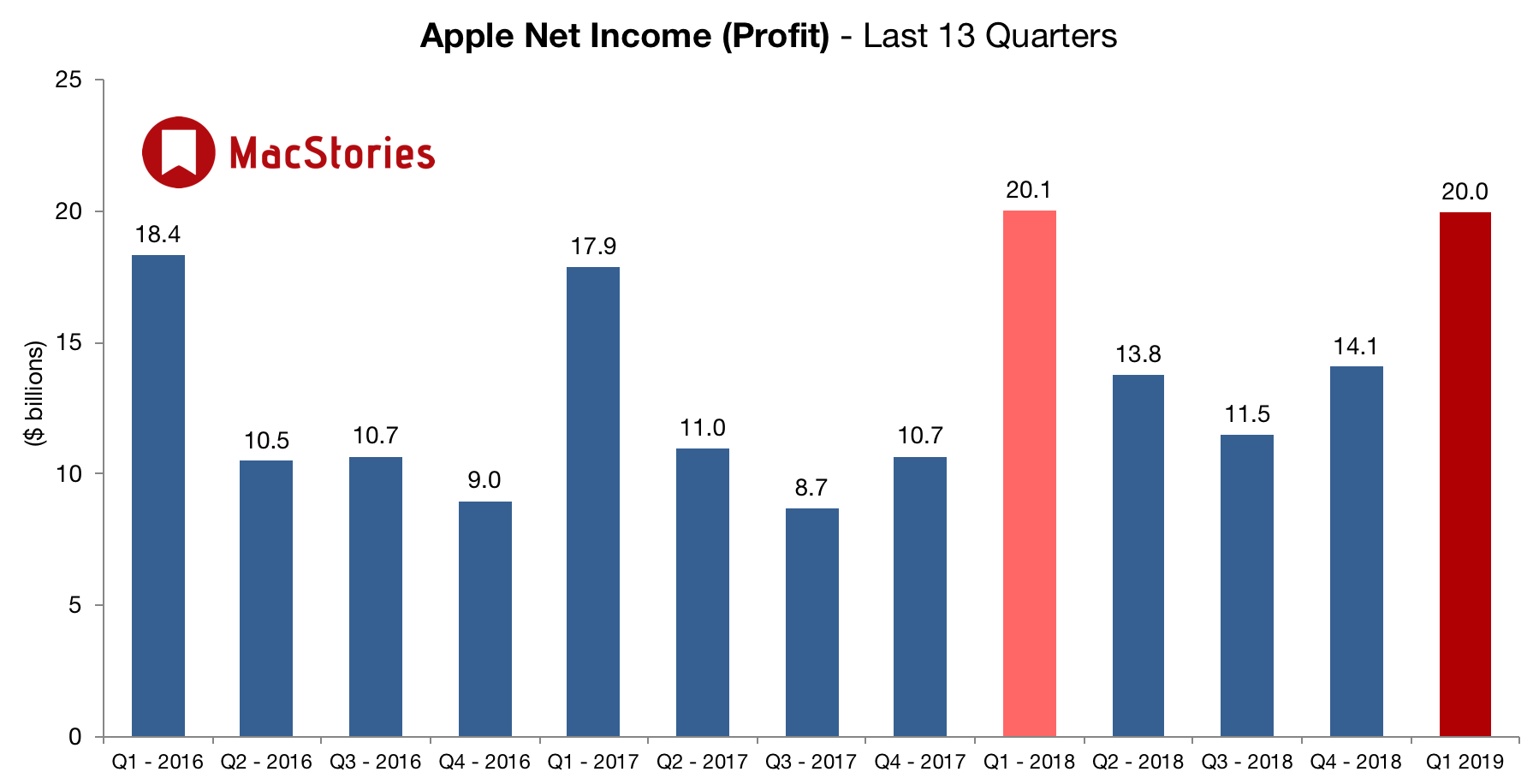 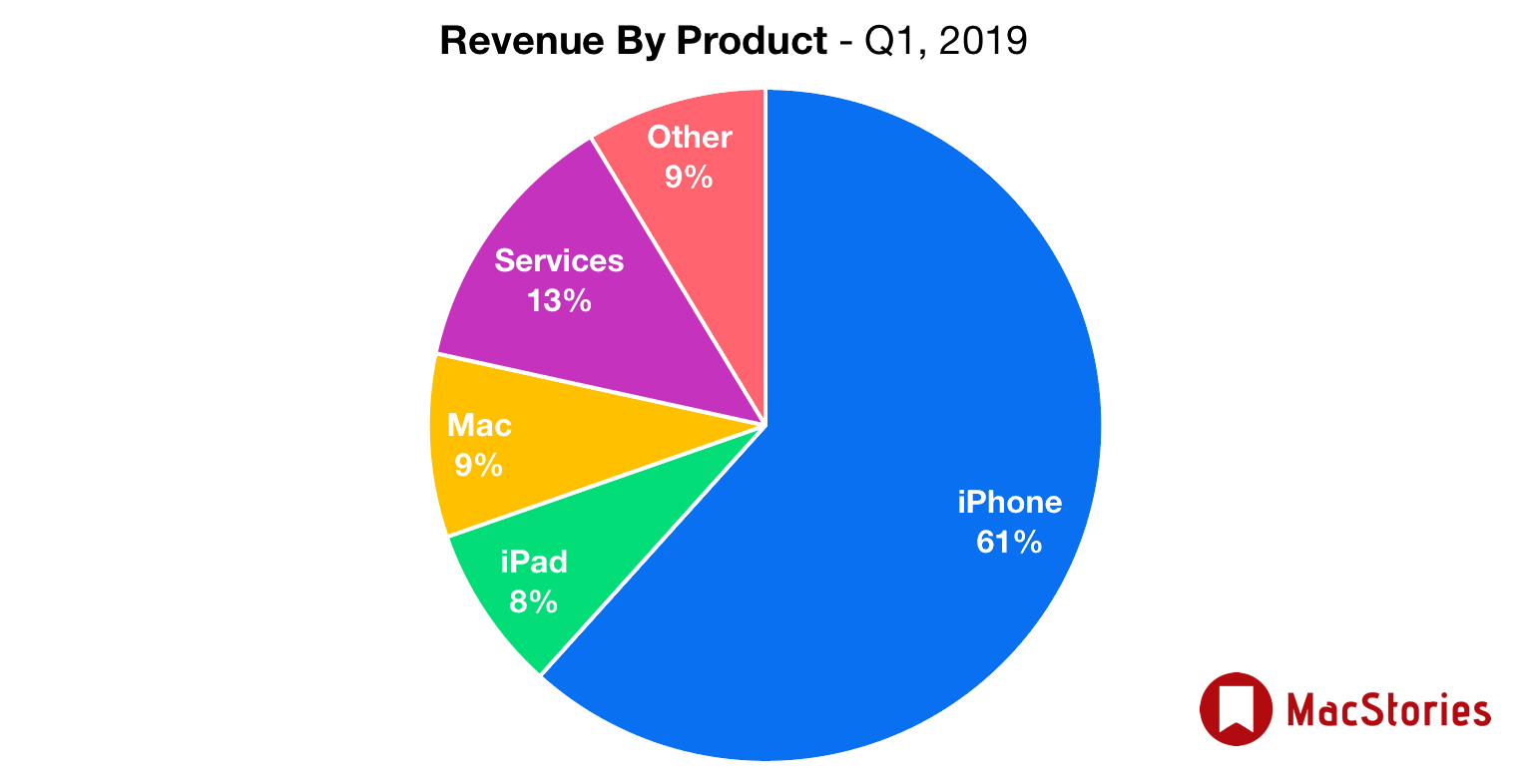 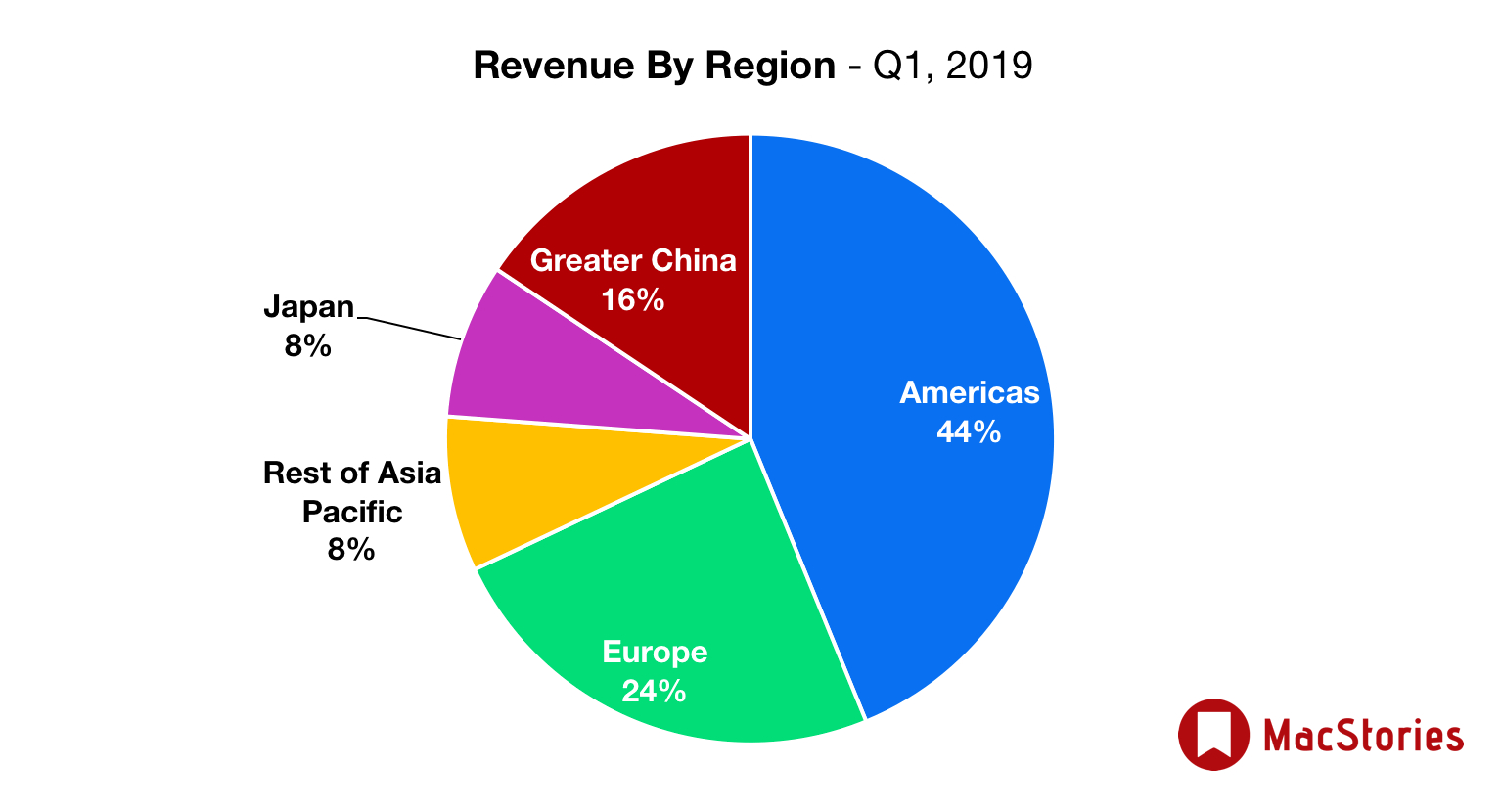 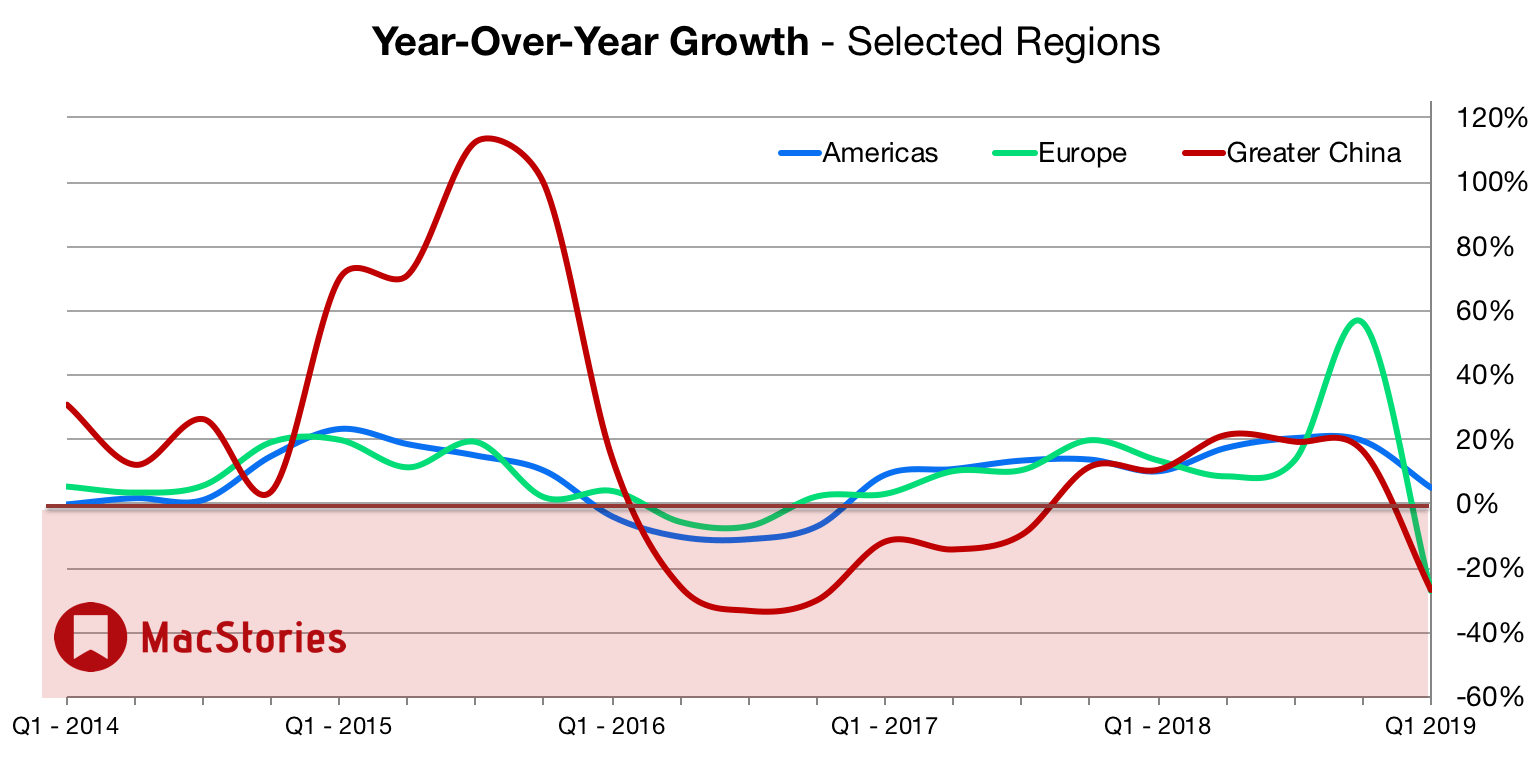 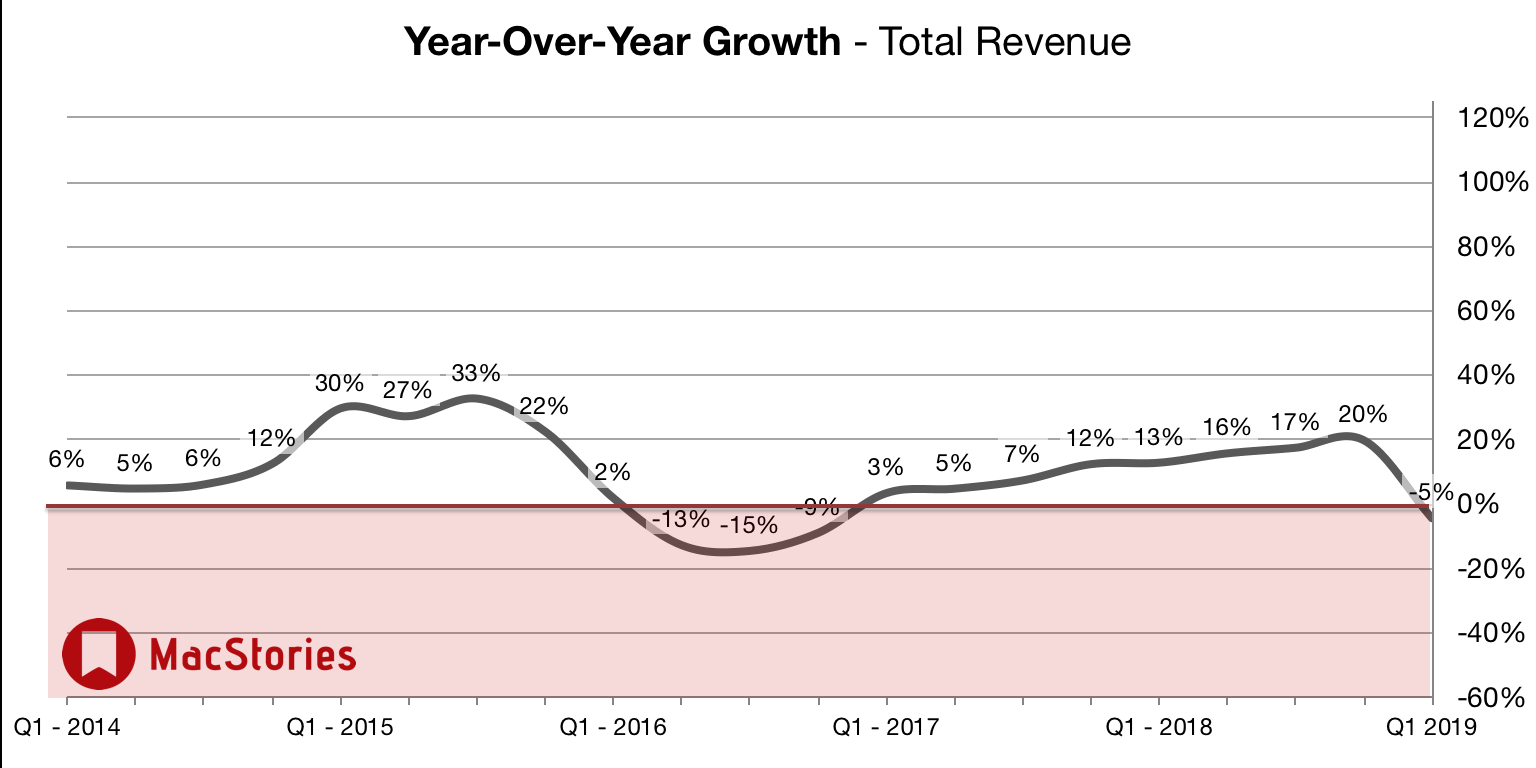 Apple’s guidance for the next quarter:
• revenue between $55 billion and $59 billion
• gross margin between 37 percent and 38 percent
• operating expenses between $8.5 billion and $8.6 billion

These are all for Q1 FY18 (the year-ago period), first as reported at the time as “Revenues” and now as “sales”

Tim Cook (TC): Over 100% of our worldwide revenue gap from guidance is due to Greater China.

Tim: Record performance in large markets, including US, Canada, Germany, Spain, and Korea.

The battery program was the right thing to do for #AAPL. Not because they are a charity business but because it means delaying revenue rather than upsetting customers and losing them!

$AAPL’s @tim_cook: Now talking about Apple’s lead in silicon. Pointing out how AI is being built into the technology. “It does all this while keeping personal information private.”

No mention of FaceTime Bug though while banging the privacy drum.