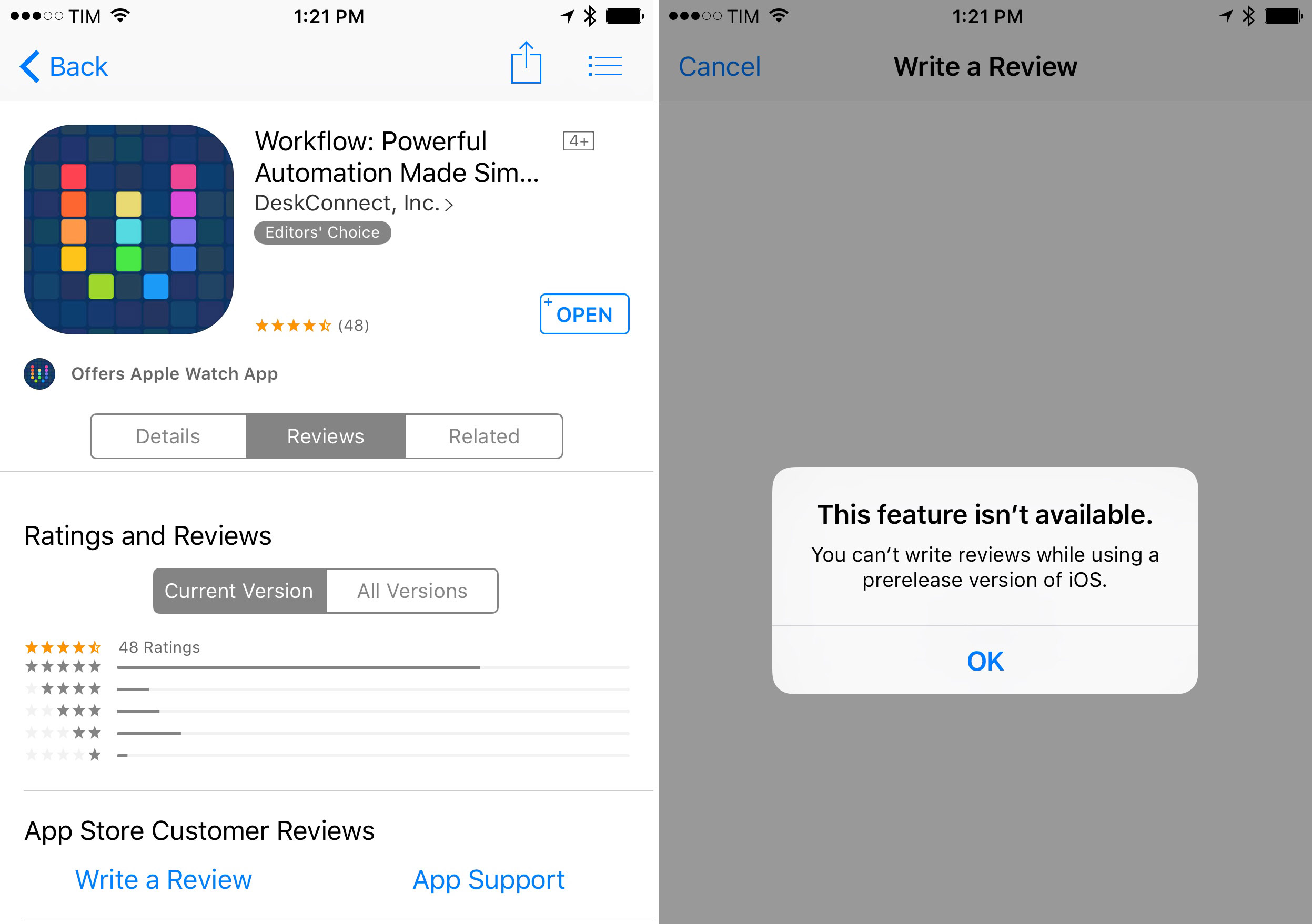 Within the last 12 hours Apple has modified the App Store to prevent users running “prerelease” software from leaving app reviews on the App Store. Now when a user running a beta version of iOS 9 tries to leave an app review, they will get the following error message:

This feature isn’t available.
You can’t write reviews while using a pre-release version of iOS.

However it appears that the change only applies to iOS 9, because users running OS X El Capitan can still post reviews on the Mac App Store.

The change should help end the annual frustration experienced by app developers when users running beta versions of iOS discovered a third party app wasn’t compatible with the beta software and then left a 1-star rating on the App Store. Poor reviews on the App Store can hurt sales, and developers often can’t do anything to fix the problem because they can’t submit software built for the new versions of iOS whilst it remains in beta, and the bug could be one for Apple to fix, not the developer.

As Federico wrote earlier this month:

In this day and age of high competition and over 1.5 million apps available, having negative reviews displayed on the app’s product page is a problem for developers. But it gets worse when those negative reviews cite problems that developers can’t fix yet. At that point, developers feel that it’s not fair to receive a negative review for something that’s completely out of their control. And when the livelihood of independent app markers is at stake, it’s hard to argue aganst their sentiment of frustration and disappointment. There’s nothing they can do to fix their app issues on betas of iOS and OS X and they can’t respond directly to reviews on the App Store – and yet they’re taking all the blame. This, every year, repeatedly for every beta of iOS and OS X, and it’s possibly becoming more of a problem now that Apple has two public betas.

The problem of permitting app reviews from users on beta software was always a problem, but it risked being a much bigger issue this year because it is the first year that Apple has begun offering public betas of a major iOS release.