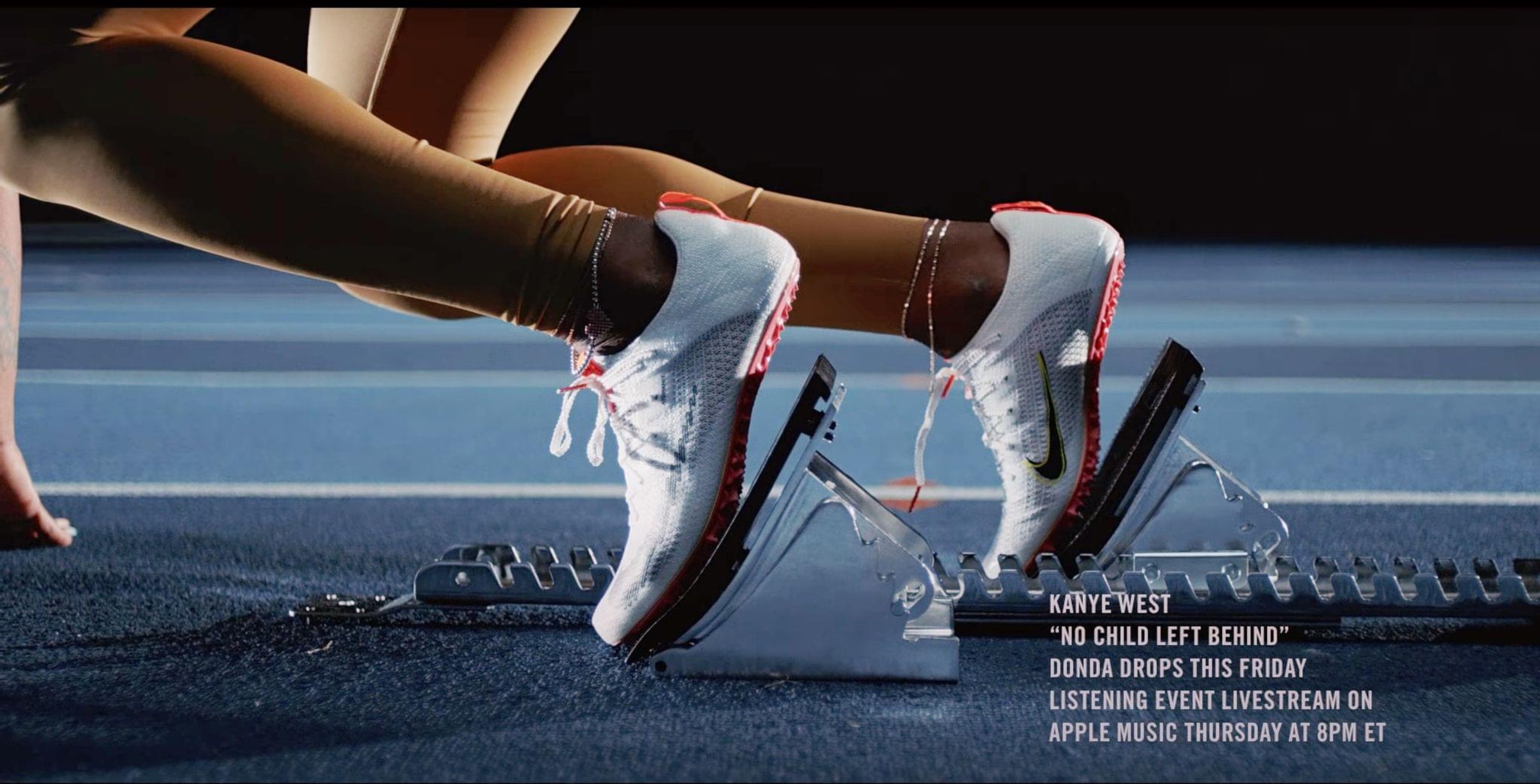 In a Beats Studio Buds ad that aired tonight during Game 6 of the NBA finals, it was revealed and later confirmed by Def Jam Recordings that Apple Music will be live-streaming a listening event for Kanye West’s highly anticipated album DONDA. The sold-out event, which is being held at Mercedes Benz Stadium in Atlanta, Georgia, will be streamed Thursday, July 22nd at 8 pm Eastern, the day before the album officially drops.

The ad for Beats Studio Buds features American track star Sha’Carri Richardson, the sprinter who was poised to compete in the Tokyo Olympic Games before testing positive for marijuana use. As Richardson gets set to start a race, No Child Left Behind, a track from Kanye West’s upcoming album plays in the background. Rumors of DONDA’s release have been swirling for days, so the Friday release is not a shock to his fans.

Apple Music has participated in some livestream events in the past, such as the live premiere of Billie Eilish’s documentary ‘The World’s A Little Blurry,’ but such events have been few and far between. It’s good to see Apple Music getting involved with big events like this. With the pieces in place to stream audio or video, there’s a lot Apple could do to get involved in live performances too.