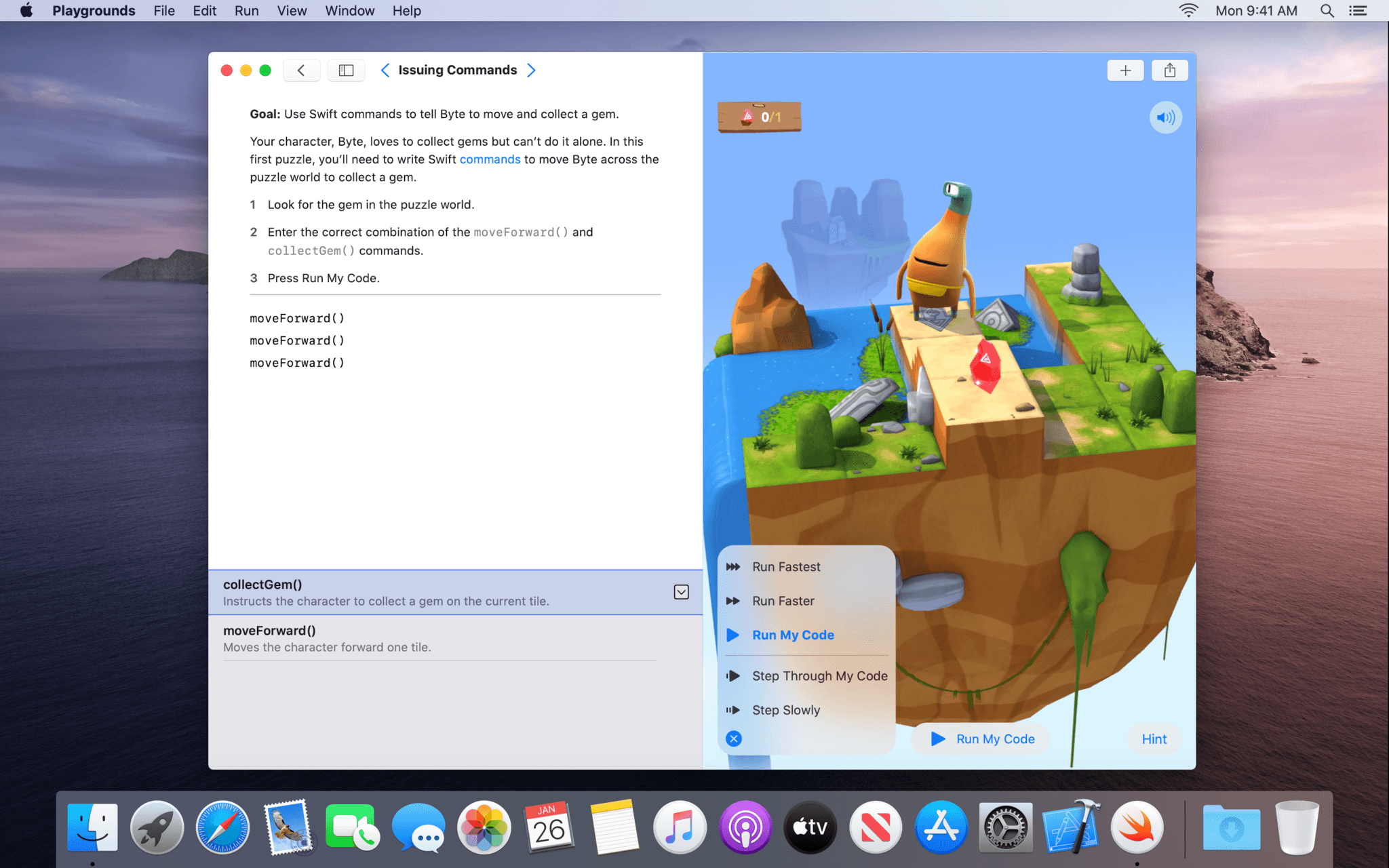 Swift Playgrounds has been around for quite a while on the iPad, but now, it’s on the Mac too as a Mac Catalyst app.

Swift Playgrounds teaches coding concepts and the Swift programming language. Until today, the app, which includes lessons designed to teach Swift alongside a coding environment, was an iPad exclusive. Now, however, anyone interested in learning Swift can move from the iPad to the Mac and back again.

I’ve been a fan of Swift Playgrounds since it debuted. It’s a friendly, easy-to-use environment for experimenting with Swift ideas and concepts, and the lessons available are excellent. With the addition of a native Catalyst app on the Mac, anyone who wants to learn Swift can do so whether they are in front of their Mac or using an iPad. What’s more, the additional space afforded by most Macs there’s more room to navigate playground books and files. Playgrounds on the Mac includes expanded code completion functionality that allows you to navigate code suggestions with the arrow keys on your keyboard or trackpad too. 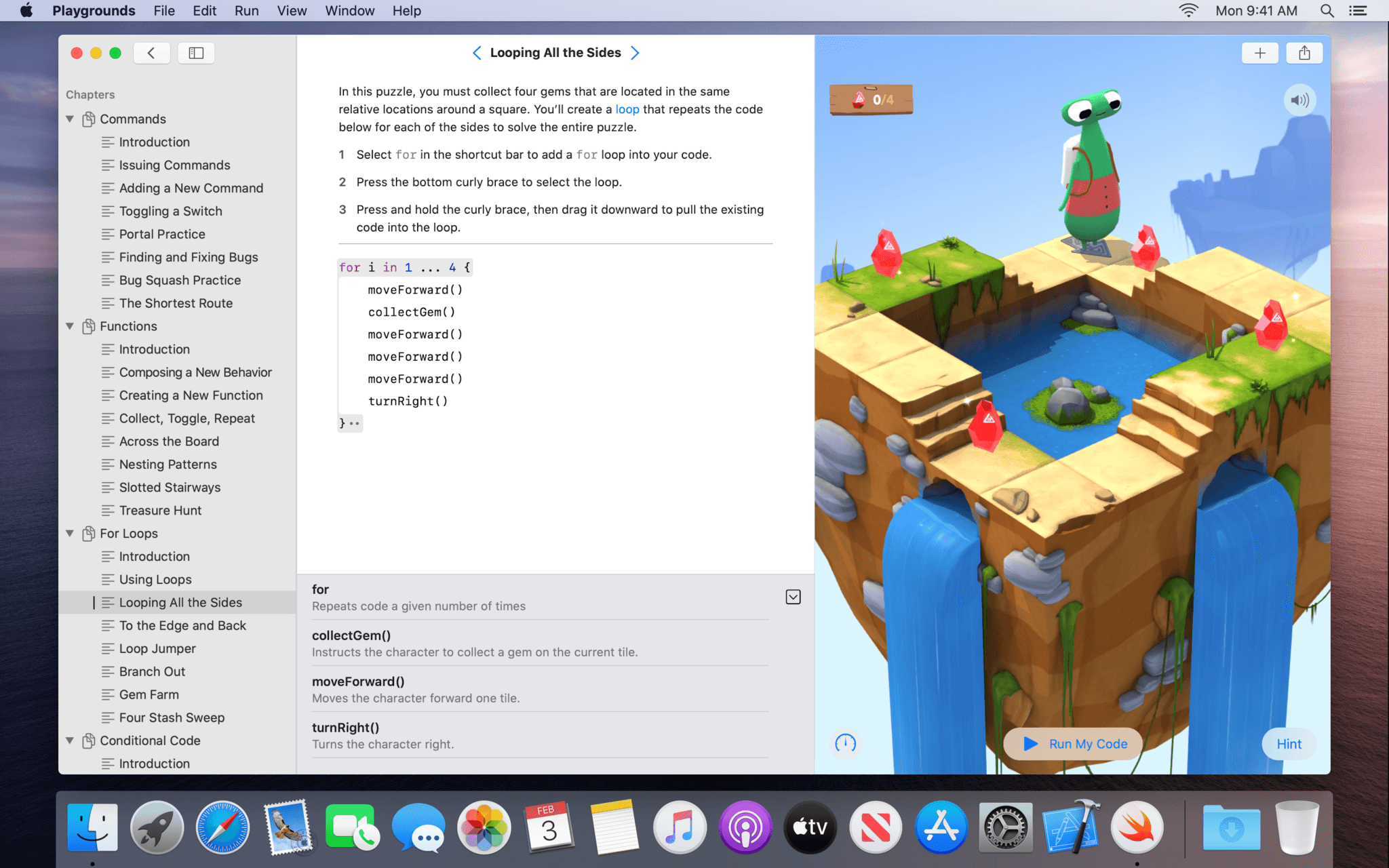 I haven’t had a chance to spend more than a few minutes with the new Swift Playgrounds yet, but it’s clear from even a cursory review of the app that a lot of thought and care has gone into it. The sidebar and Touch Bar support stand out as terrific Mac-centric additions that take advantage of the Mac’s bigger screen and keyboard and trackpad. I’m looking forward to diving spending more time with Swift Playgrounds on my Mac mini in the coming weeks.

Swift Playgrounds is available as a free download on the Mac App Store and requires macOS Catalina 10.15.3.