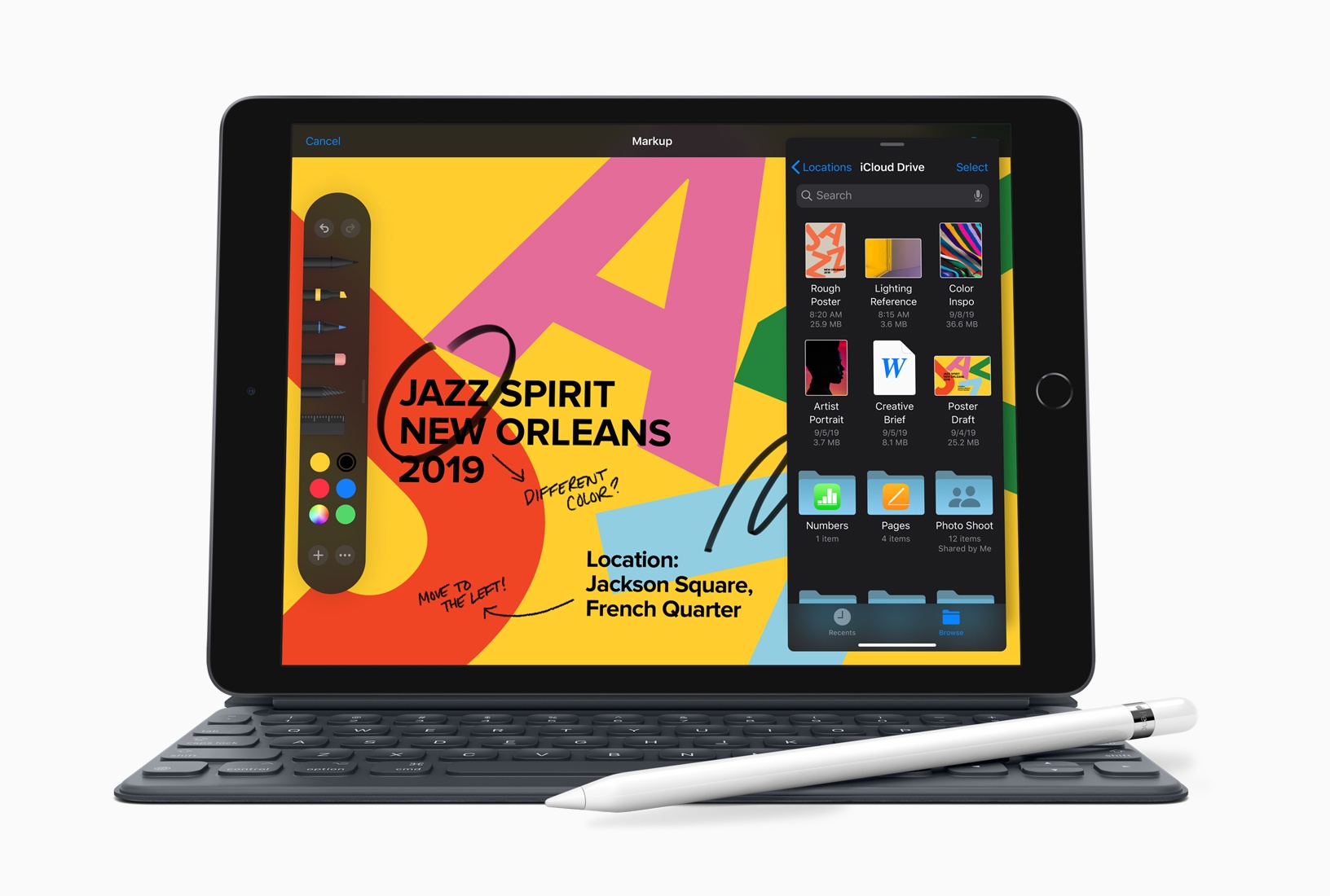 Today, at the keynote event at the Steve Jobs Theater in Cupertino, California, Apple announced a replacement to the sixth generation, 9.7-inch iPad. The new 7th generation version of the device extends the diagonal measurement of the Retina display by one-half inch to 10.2 inches. The new iPad also adds a Smart Connector, which makes it compatible with Apple’s Smart Keyboard, another first.

Other than that however, the iPad’s specs remain the same. The iPad features an A10 Fusion chip, 8MP rear-facing camera with f/2.4 aperture, records video at 1080p and 30fps, 1.2MP front-facing camera with f/2.2 aperture, and stereo speakers. The pricing is also the same too, starting at $329 ($299 for educational buyers). The Smart Keyboard costs $159.

Perhaps most interesting is how close the 7th generation iPad is to the existing iPad Air, which has a 10.5-inch Retina screen and Smart Connector too, but starts at $499. For the extra price what you get is an iPad with a little bigger screen that’s slightly lighter and thinner, has a fully-laminated, True Tone display, better front-facing camera, higher frame rate slow motion video, and faster A12 Bionic chip. Those are meaningful differences, but ones that may be hard for consumers to understand looking at the two iPad’s next to each other in an Apple Store. Still, it’s nice to see Apple fit a bigger screen in an iPad body that’s only modestly larger than prior models.