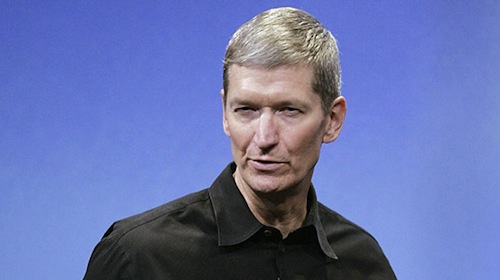 Both Business Insider and Forbes report this morning of a research note issued by Bernstein Research analyst Toni Sacconaghi about a meeting he had last week with Apple COO Tim Cook, CFO Peter Oppenheimer and VP of Internet Services Eddy Cue. Sacconaghi’s notes about the interview help put some future Apple plans in perspective, like the release of a cheaper iPhone model to address a different market segment and the adoption of more carriers worldwide to further expand the iPhone’s marketshare.

Tim Cook referred to the iPhone as “the mother of all halos”, being the reason why sales of other Apple products like Macs and iPads have skyrocketed over the past years. Cook knows, however, that Apple can’t afford to not explore the possibilities offered by other types of markets, and he suggested Apple is not “ceding any market”. As for the cheaper iPhone and the rumors we’ve heard in the past weeks (the ones that pointed to a smaller iPhone as the new cheap entry-level device), this report seems to corroborate other media outlets’ theories:

The analyst says Cook “appeared to reaffirm the notion that Apple is likely to develop lower priced offerings” to expand the market for the iPhone. Cook said the company is planning “clever things” to address the prepaid market, and that Apple did not want its products to be “just for the rich,” and that the company is “not ceding any market.”

Expanding to other carriers is also a “priority” for Apple. Currently, the iPhone runs on 175 different networks versus RIM’s 550. As for the tablet market:

Cook indicated that the tablet market would be much bigger than the PC market. Sacconaghi concludes that if so, it could eventually be a $60 billion to $100 billion business for Apple alone. Cook also said he expected intense competition in tablets, more so than in smart phones, with all PC and smart phone vendors likely to participate, but he added that Apple has a strong head start, and that it has interesting new things in the pipeline.

From this research note, it sounds like Apple is really considering moving to a more variegate line of iPhones to address more markets, with more carriers. Time will tell, and hopefully we’ll know more come the WWDC in June. [via Forbes, Business Insider]