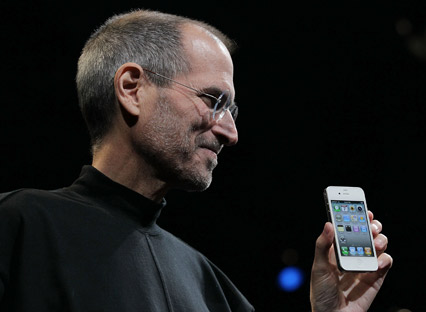 So there you have it. The white iPhone 4 is basically not coming at all, at least not as we know it. Reuters reports:

Apple Inc said on Tuesday that it would delay release of the white iPhone yet again, this time until next spring.

“We’re sorry to disappoint customers waiting for the white iPhone again,” Apple spokeswoman Trudy Muller said. When asked why the white phone would again be delayed, Muller declined to comment.

Ouch. The iPhone 5 is supposed to be announced by the same time next year. Or wait, maybe the “white iPhone 4” is going to become the “iPhone 5”, with an improved antenna design and the same “sandwich” look of the current model. And maybe a Verizon deal in there somewhere. Time will tell, as the wise men say. But unveiling a mid-generation iPhone in Spring is surely a strange move from Apple.