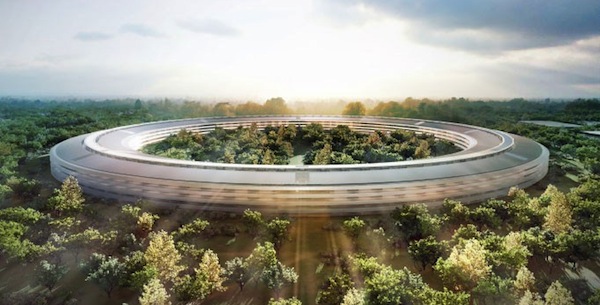 Cupertino City officials will tonight be holding a meeting on Apple’s new ‘spaceship’ campus that was revealed by Steve Jobs himself back in June of this year. It will be the first opportunity that Cupertino residents will be able to raise issues about the project for the City to consider before approval is given for construction. But already, Apple may be planning the construction of a third campus with expected employee growth to be greater than the 13,000 this new ‘spaceship’ campus can hold.

This is according to Cupertino Mayor, Gilbert Wong, who told the Contra Costa Times that Apple Executives have informed him that they are expecting to start working on a third campus at an unknown location after they finish the ‘spaceship’ campus in 2015. Gilbert also notes that within Apple the campuses may just be named as simply as the iPad and iPhone product lines, with this forthcoming ‘spaceship’ campus simply dubbed “Apple 2”.

“I think it makes sense to call it Apple 2,” Mayor Gilbert Wong said Wednesday. “They have iPad 1 and iPad 2; iPhone 1 and iPhone 2. This building is probably going to have much more innovative technologies and products than what they have at” their first campus, also in Cupertino.

You’ll be able to watch tonight’s Cupertino City Council meeting either live in person or online where a broadcast will be streamed.

[Contra Costa Times via The Next Web]