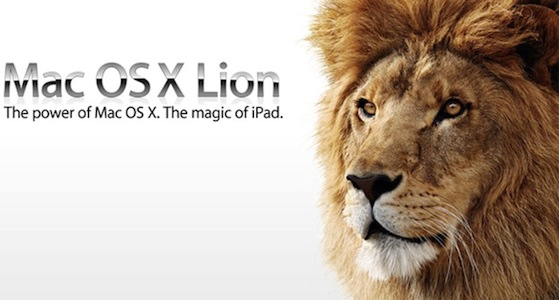 At the Q3 2011 earnings call, Apple just confirmed OS X Lion is launching tomorrow, July 20th. The OS will be available on the Mac App Store at $29.99.

OS X Lion is a major upgrade to Apple’s desktop operating system which introduces over 250 new user features and brings several interface and navigation schemes from iOS devices like the iPad, to the Mac’s multi-touch trackpad and desktop environment. Among the notable changes in Lion, also highlighted on Apple’s website, are the Launchpad and Mission Control, two new ways to launch and organize application and windows, respectively. Lion adds a new file sharing system called “AirDrop” baked into the Finder to share files and documents with nearby Macs, and the Finder itself has been finely tuned and improved to sport a more subtle window UI, new file and folder merging functionalities, and a new “All My Files” view that collects all the documents and media found on your computer in a single screen.

Lion also represents a big change for OS X developers: with new APIs and features like Sandboxing, Automatic Termination and Resume, app makers will be able to rewrite their software taking advantage of the new user experience enhancements brought by Apple to the desktop. For instance, apps can now automatically save their “state” upon quitting – meaning accidental shut downs and force-quits will no longer affect the document you were working on. Combined with Auto Save and Version, this opens to a lot more possibilities when it comes to dealing with documents stored on your computer.