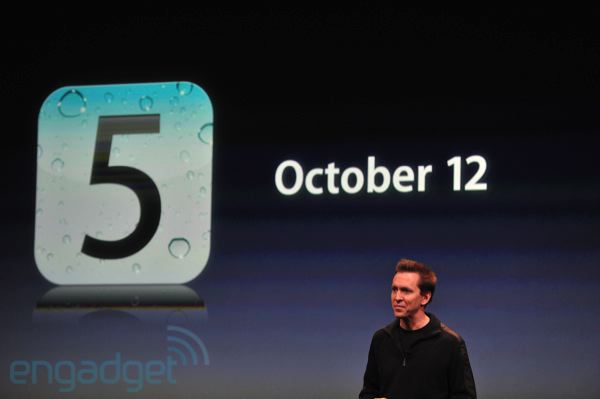 At its keynote in Cupertino, Apple has confirmed the next major version of iOS, iOS 5, will be available on October 12th for all customers.

Update: Alongside iOS 5, Apple’s new suite of cloud services, iCloud, will be available for free on October 12th.