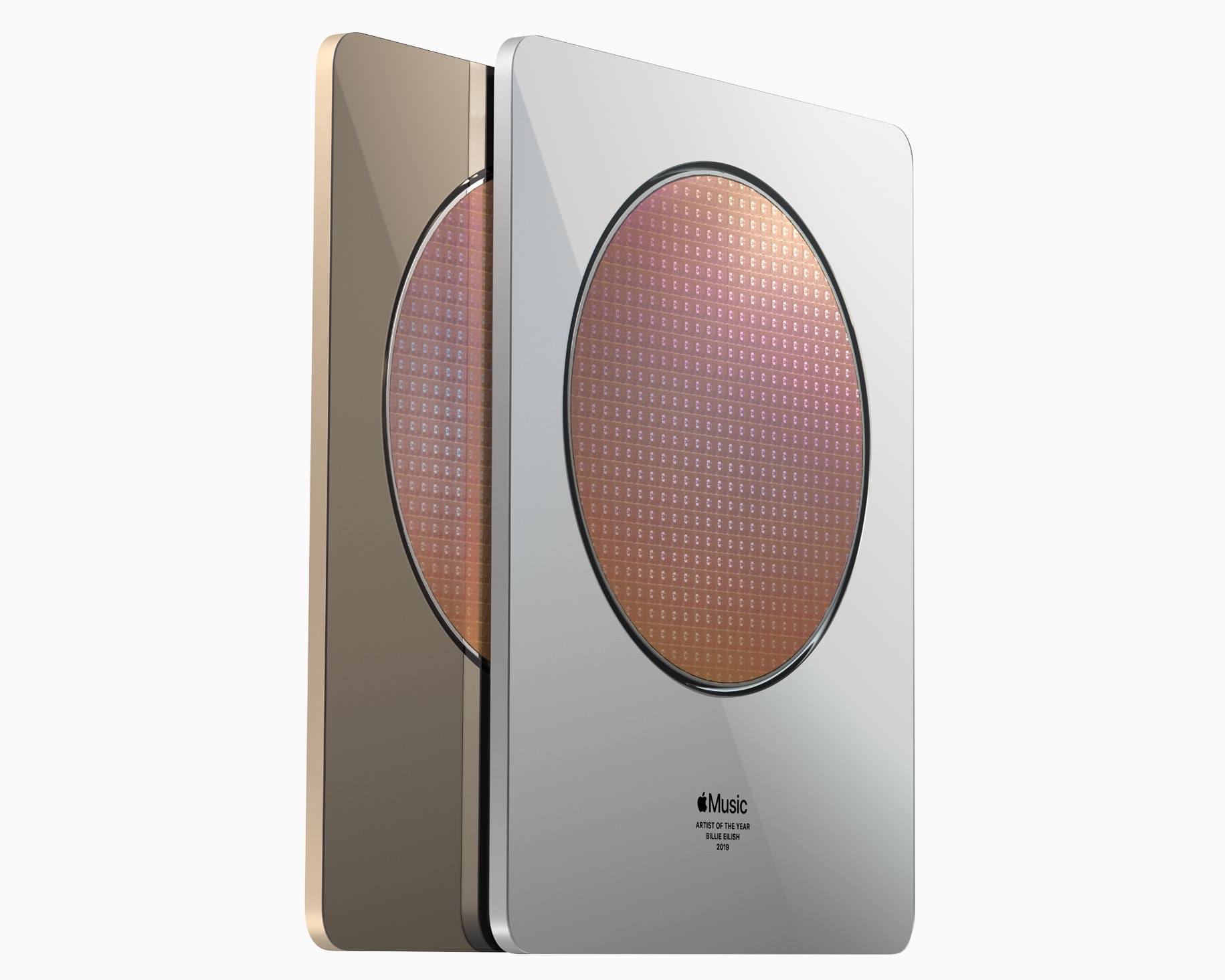 The custom-designed awards given to artists.

Apple has made a habit of honoring some of the top apps, music, books, podcasts, and more on an annual basis at year’s end, and this year is no different. However, one change to the format for 2019 is that Apple has split out music as its own separate awards category dubbed the Apple Music Awards. There are five distinct awards given, with some winners chosen by Apple’s editorial team while others are determined by streaming data:

The winners for Global Artist of the Year, Songwriter of the Year and Breakthrough Artist of the Year were hand-selected by Apple Music’s global editorial team of experts and tastemakers and given to artists who have true passion for their craft, who boldly defy conventions in the category and who embody a sense of humanity, where listeners are drawn as much to who they are as to their music. The awards for Album of the Year and Song of the Year are based on streaming data and reflective of what Apple Music customers have been listening to (on repeat) this year.

The 2019 Apple Music Awards winners are:

In addition to a dedicated Apple Music Awards page inside the Apple Music service itself, Apple will be celebrating the awards with a globally live-streamed performance from the big winner, Billie Eilish, whose breakout album was streamed on Apple Music over a billion times in 2019, the most of any album on the service. Eilish will be performing at the Steve Jobs Theater on December 4 at 6:30 p.m. PST.

Each award features Apple’s custom silicon wafer suspended between a polished sheet of glass and a machined and anodized aluminum body. The wafers start as a perfect 12-inch disc of silicon with nanometer level flatness. Copper layers are deposited and patterned by ultraviolet lithography to create connections between billions of transistors. The result of this multi-month process, before it is sliced into hundreds of individual chips, is stunning and distinctive. In a symbolic gesture, the same chips which power the devices that put the world’s music at your fingertips sit at the very heart of the Apple Music Awards.

2019’s Apple Music Awards could effectively be called the Billie Eilish Awards, so it will be interesting to see if a similar trend continues from year to year, with artists earning several of the limited number of award possibilities. It seems reasonable to expect Apple will try to avoid that moving forward, but since certain awards are determined entirely by popularity, I wouldn’t be surprised if it’s a regular occurrence. You never know which artists may have a major standout year.