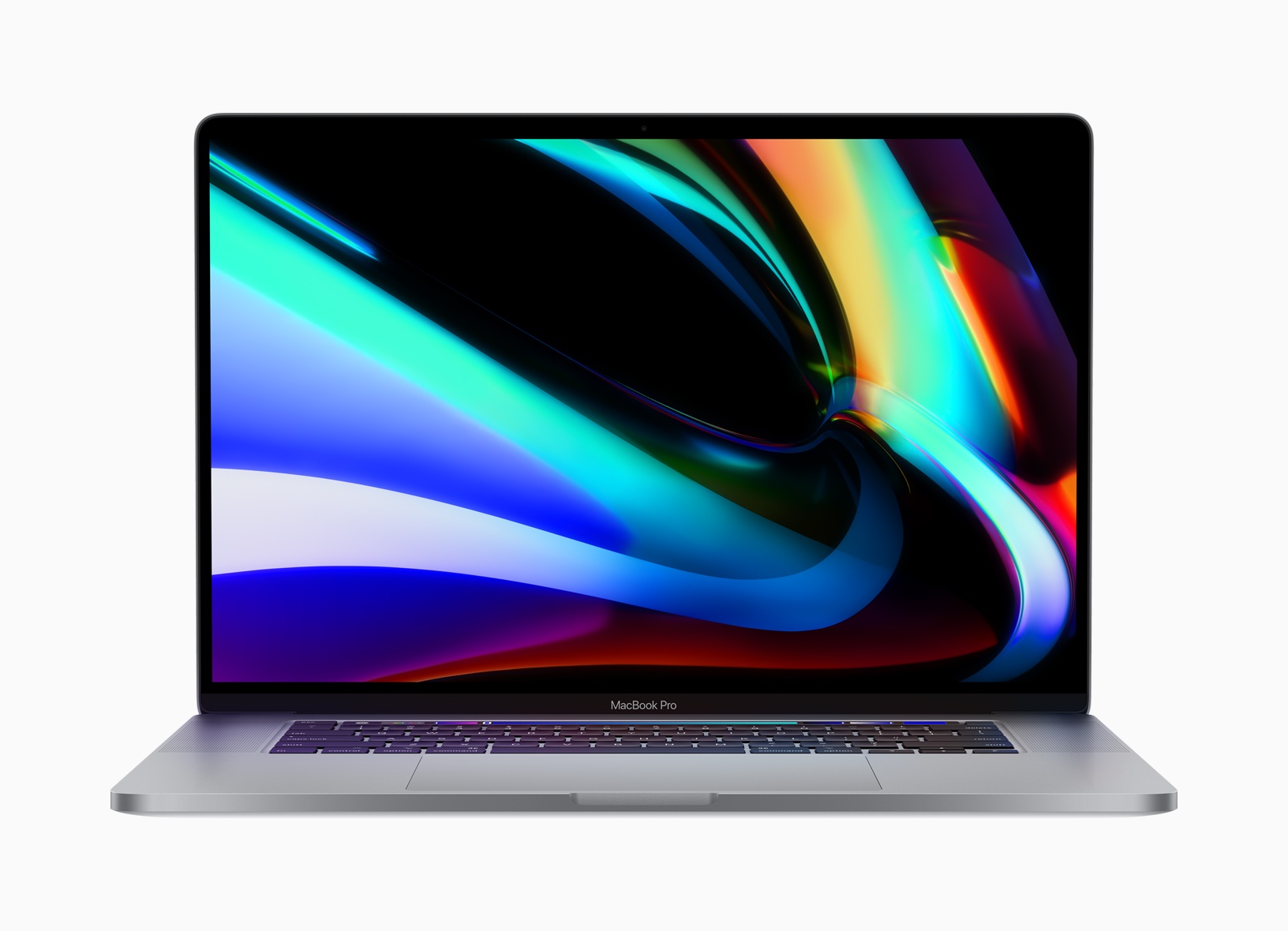 Apple has announced a new 16-inch model of the MacBook Pro that features a redesigned keyboard with keys that use a scissor mechanism, a larger screen with thinner bezels, and 9th generation Intel Core i7 and i9 processors. The new model replaces the existing 15-inch MacBook Pro.

The slight increase in size is thanks primarily to the reduction of the new MacBook Pro’s display bezels, which have been virtually eliminated. The laptop features a new high-resolution display too, which Apple lists as 3072 x 1920 pixels with a 226 ppi pixel density. The display is driven by new AMD Radeon Pro 5000M series graphics. Also, the MacBook Pro boasts significantly-improved 6-speaker setup and high-quality microphones to capture less background noise when recording.

The 16-inch MacBook Pro features a new Magic Keyboard with a refined scissor mechanism that delivers 1mm of key travel and a stable key feel, as well as an Apple-designed rubber dome that stores more potential energy for a responsive key press. Incorporating extensive research and user studies focused on human factors and key design, the 16-inch MacBook Pro delivers a keyboard with a comfortable, satisfying and quiet typing experience. The new Magic Keyboard also features a physical Escape key and an inverted-“T” arrangement for the arrow keys, along with Touch Bar and Touch ID, for a keyboard that delivers the best typing experience ever on a Mac notebook.

The 16-inch MacBook Pro also features an updated Intel 9th generation i7 and i9 processors with up to 8 cores. The base model runs at 2.6 GHz, which users can upgrade. RAM starts at 16GB and is configurable up to 64GB. Storage starts with a 512GB SSD, which can be increased to as much as 8TB.

The new laptops are already available to order on apple.com and with the Apple Store app starting at $2,399, the same price as the old 15-inch model, with deliveries beginning later this week. Apple also notes that the Mac Pro will be available to order in December.