As first reported by John Paczkowski at BuzzFeed, Apple has announced a media event for Monday, March 21, in Cupertino.

Apple invites are out for March 21st event in Cupertino pic.twitter.com/t9eEIiLbjm

In the event invitation (pictured above), Apple says “let us loop you in”, possibly in reference to the fact that the event will be held at the company’s campus at 1 Infinite Loop.

According to recent speculation and rumors, Apple is widely expected to introduce a new “iPhone SE” which will feature a 4-inch display, a new 9.7-inch iPad Pro, and new bands for the Apple Watch. It is also expected that Apple will likely announce the official release of iOS 9.3, which has been in public beta since January. iOS 9.3 includes a number of new features including Night Shift, improved News and Notes apps, and more advanced tools and features for using iOS devices in education.

The event is also one day before Apple and the Department of Justice will make oral arguments before Magistrate Judge Sheri Pym in the San Bernardino case.

Update: Apple has set up a special page for the event, confirming that it will be streamed live on March 21. The video will be available here. 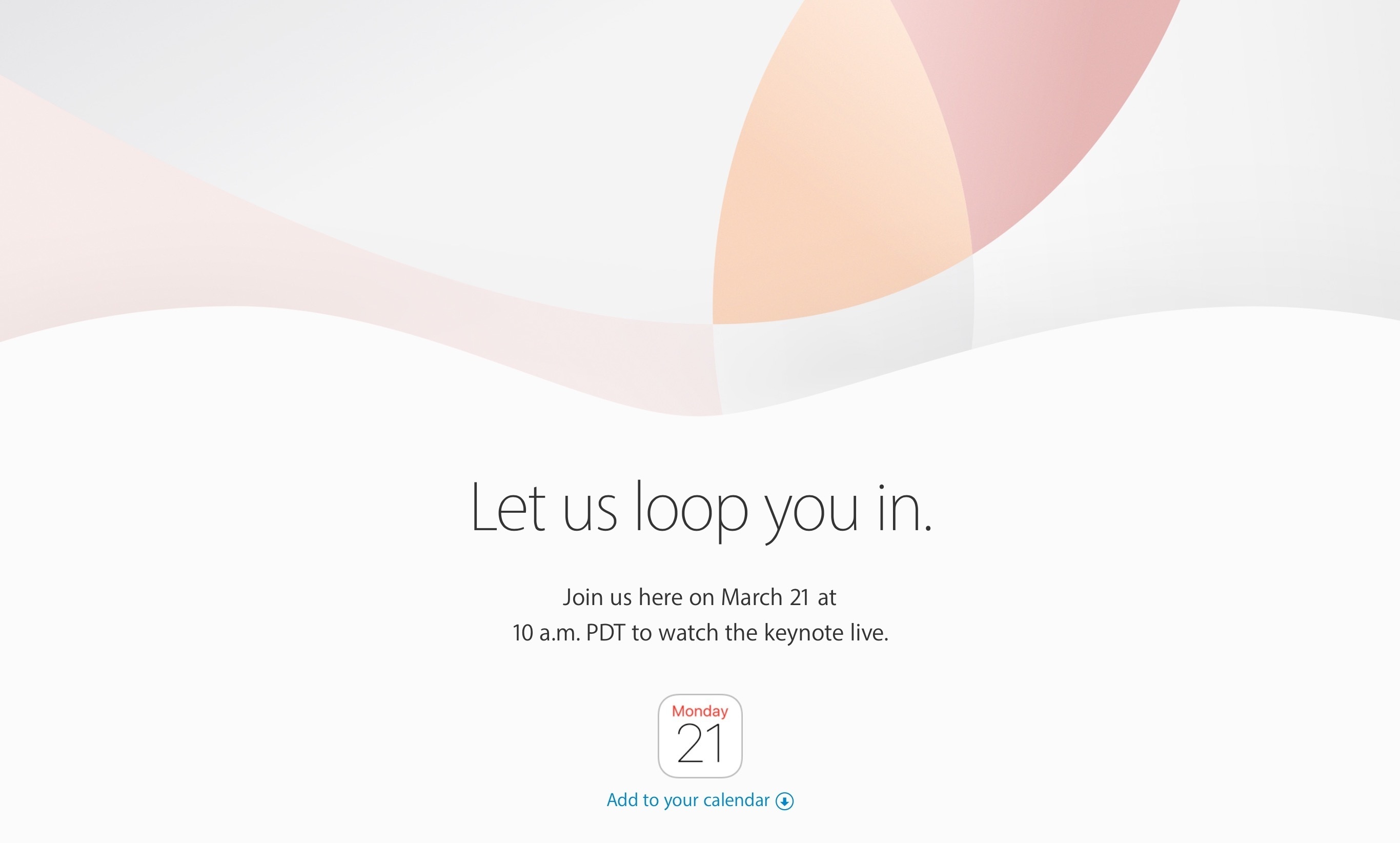