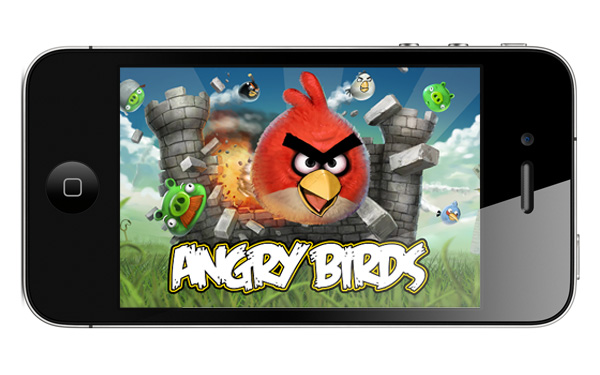 Do you know the story behind Angry Birds? It started off with a screenshot from one of their game designers - a picture of some angry-looking birds. Then the game mechanics were developed behind the idea. Everyone at Rovio really loved the characters, so a game was developed around it.

Rovio CEO Mikael Hed recently talked about Angry Birds in an on-stage interview at Le Web 10 in Paris. I have curated some of the important iOS notes.

Rovio has sold 12 million copies of Angry Birds to date, and about 30 million downloads of the free app. The majority of revenues comes from the iPhone, and a lot of that is from advertising and the iPhone commercial advertising is working very well, Rovio likes that it’s all self-contained via Apple’s App Store - register once via iTunes, get access to everything Angry Birds offers within the app.

Rovio seemed to avoid the question regrading Apple’s comment on the fragmentation problem porting it over to Android, probably a good idea.

Rovio plans on moving Angry Birds over to the console wars in 2011 and there has even been talk about a possible Angry Birds movie but Rovio is staying focused on game quality, not being famous.

Angry Birds, like many popular games, is constantly adding updates to keep its fans happy. After the iPhone version, there was an iPad version, then a Halloween and Christmas edition, plus another possible update in time for Valentine’s Day. Another report in November suggested a pig “point-of-view” remix for the sequel to the original Angry Birds. Read more about these remixes here.