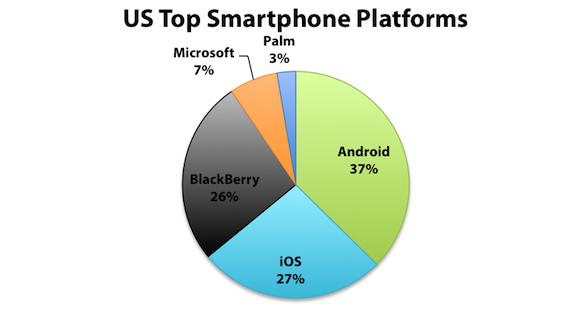 Apple has continued making gains in the US mobile and smartphone market according to the latest comScore ‘Mobile Subscriber Market Share’. Surpassing RIM, Apple jumped to being the fourth largest OEM with a share of 8.3% of the US market. Samsung remains number one with 24.5% of the market, followed by LG and Motorola.