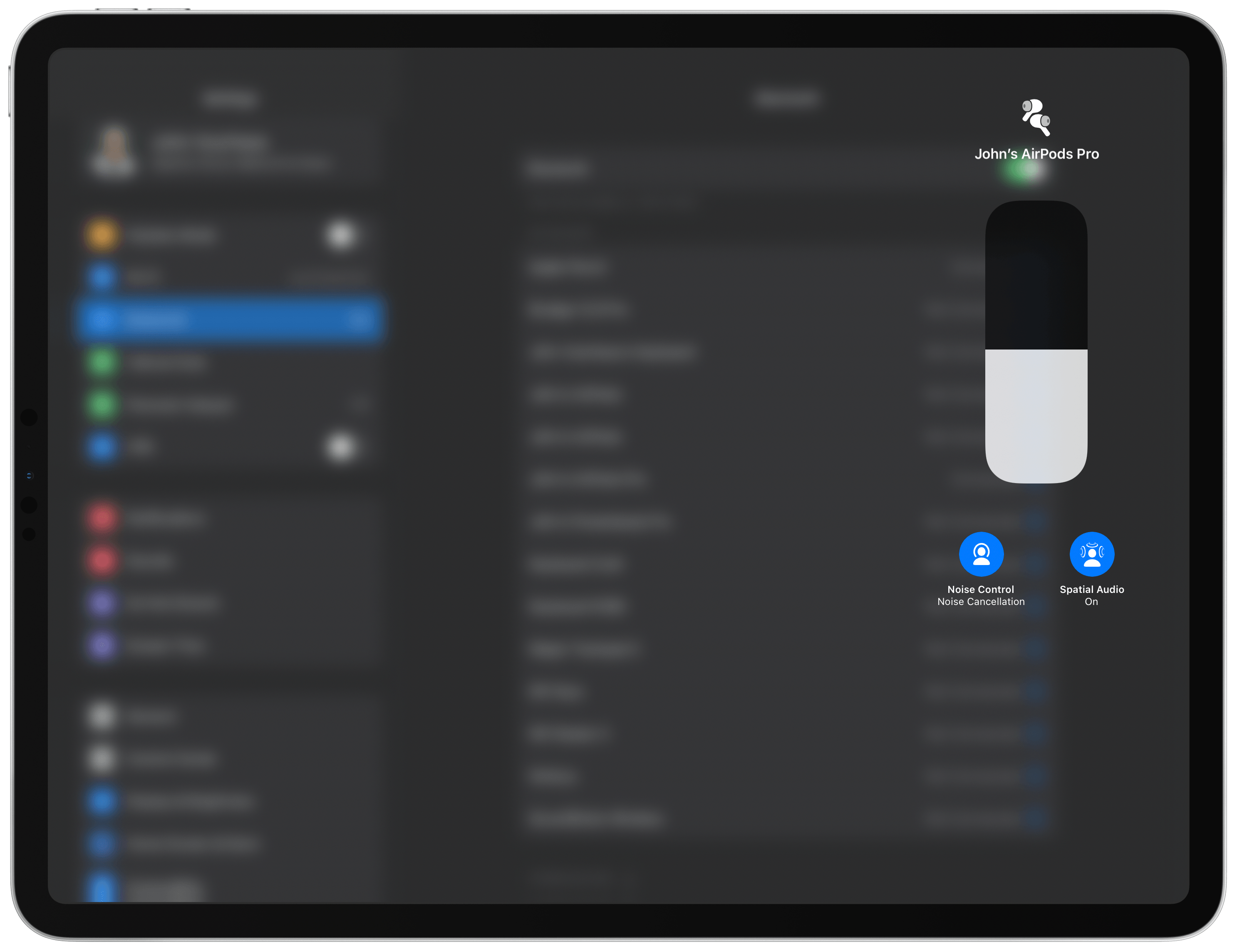 You can check the firmware version of your AirPods by connecting them to an iPhone or iPad and going to the Bluetooth section of the Settings app. Tap on the blue info button next to the entry for your AirPods, and scroll down to the Version number near the bottom of the view. There’s no known reliable way to force a firmware update, but my AirPods were sitting on a Qi charger with the case closed in close proximity to my iPhone for what it’s worth.

First announced by Apple at WWDC, spatial audio creates the illusion of sound coming from your iPhone or iPad as you move your head. Apple describes the feature on its iOS 14 preview page as follows:

Spatial audio with dynamic head tracking brings the movie theater experience right to your AirPods Pro.11 applying directional audio filters and subtly adjusting the frequencies each ear receives, spatial audio can place sounds virtually anywhere in space, creating an immersive surround sound experience. Using the gyroscope and accelerometer in your AirPods Pro and your iPhone, spatial audio tracks the motion of your head as well as your device, compares the motion data, and then remaps the sound field so that it stays anchored to your device even as your head moves.

I tested the feature with my iPhone 11 Pro Max and 12.9” iPad Pro, and it worked with both, even though Apple only mentions iPhone models on its iOS 14 preview page. In my tests, I played the latest episode of Ted Lasso, a TV+ show that supports multi-channel audio. I also tried HBO’s Game of Thrones. It’s going to require more testing, but the feature seems to support any multi-channel audio source, regardless of the video streaming provider.

As Ted Lasso played, I turned in my chair and got up, and walked around my office. With spatial audio turned on, which you can do by long-pressing the volume slider in Control Center in the iOS or iPadOS 14 betas, the source of the sound seemed to come directly from my iPad that was sitting on my desk. Next, I switched to watching on my iPhone and moved it as I walked around my office. The entire time the sound seemed to be coming directly from the iPhone.

While testing spatial audio, I moved around far more than I normally would when I watch a show. Even with exaggerated movement, though, the effect felt incredibly real as though the sound were coming from the speakers of the device playing the video. The effect is so well done that I expect in everyday use, like shifting your iPhone from one hand to the other or turning your head for a moment, I’ll forget spatial audio is even engaged.

The update also enables AirPods Pro and second-generation AirPods to switch between devices automatically. When I switched from watching Ted Lasso on my iPad to my iPhone, which was sitting less than a meter from the iPad, my AirPods switched as soon as I opened the TV app. It’s a small touch, but it felt like magic and I can tell it will make a big difference as I switch between devices throughout the day. Apple says the feature allows switching among iPhones, iPads, iPod touches, Macs, and Apple Watches.