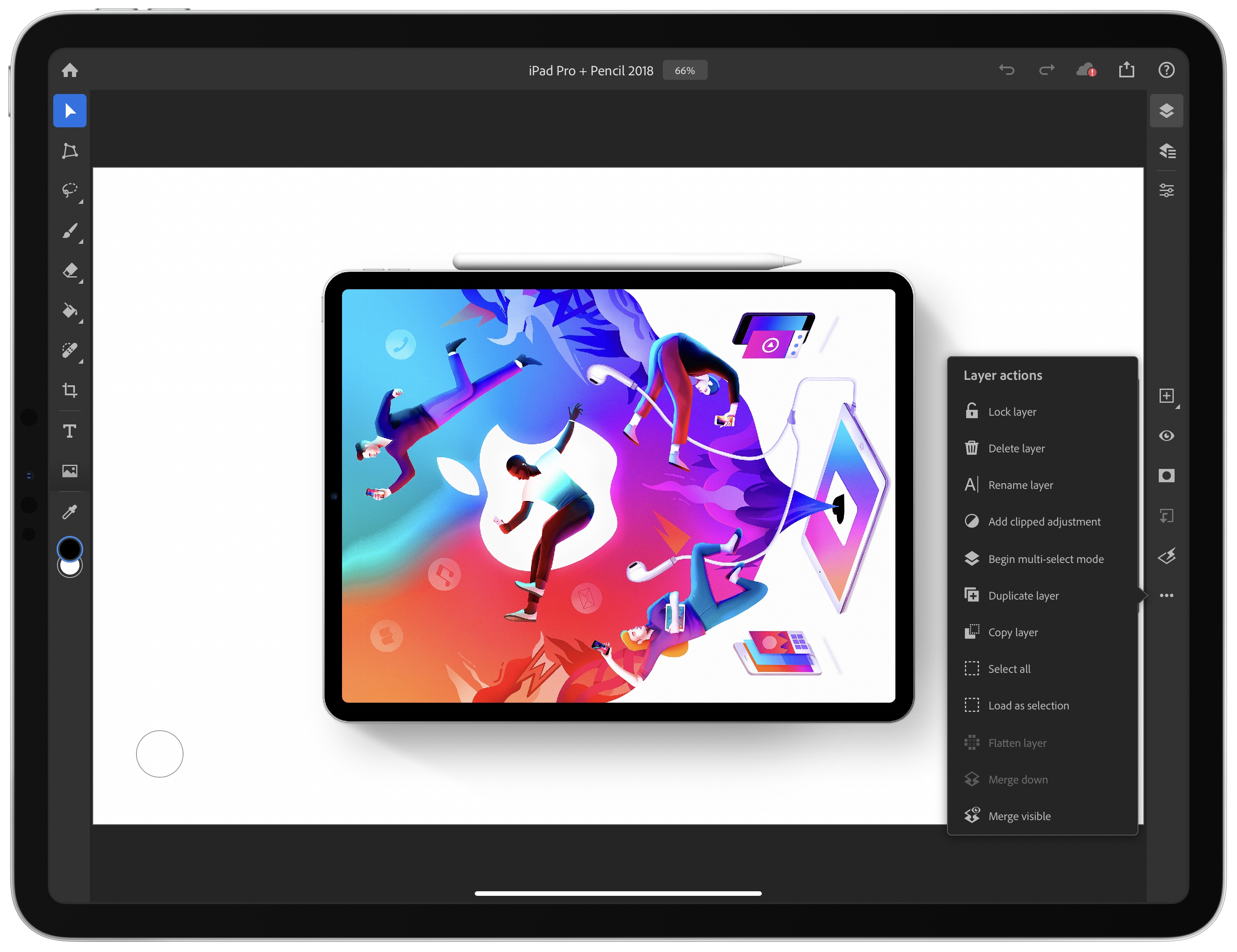 The long-anticipated release of Photoshop for iPad was met with disappointment by many users who felt that significant functionality was missing. Although Adobe explained at the time that version 1.0 was a foundation upon which it intended to build rapidly, the length of time it took to create that foundation left many people skeptical. Today, to try to dispel some of the doubts surrounding Photoshop for iPad, the company published a blog post previewing some of the features coming later this year and in the first half of 2020.

Before the end of 2019, Adobe says it will ship the ‘Select Subject’ feature that it showed off at the Adobe MAX Conference earlier this month. The feature takes advantage of the company’s Sensei AI machine learning technology to facilitate complex subject selection. Adobe also says that cloud PSD files will upload and download faster in December after it makes changes to its systems.

Selection tools will get another boost in the first half of 2020 with Refine Edge allowing for soft edge selections. Curves for tonal adjustments and new adjustment layer options will be available too. Adobe also plans to bring features over from apps like Fresco, including brush sensitivity and canvas rotation. Finally, Adobe says it will integrate Photoshop with Lightroom for iPad, so you can process RAW images in Lightroom and use them in compositing projects in Photoshop.

With the reaction at Photoshop for iPad’s launch, I’m glad Adobe chose to showcase these new features in advance. It makes competitive sense too, given that alternative iPad apps that compete with at least some aspects of Photoshop continue to move forward rapidly. It’s that sort of competition that I expect will make pro iPad apps interesting to watch in 2020.