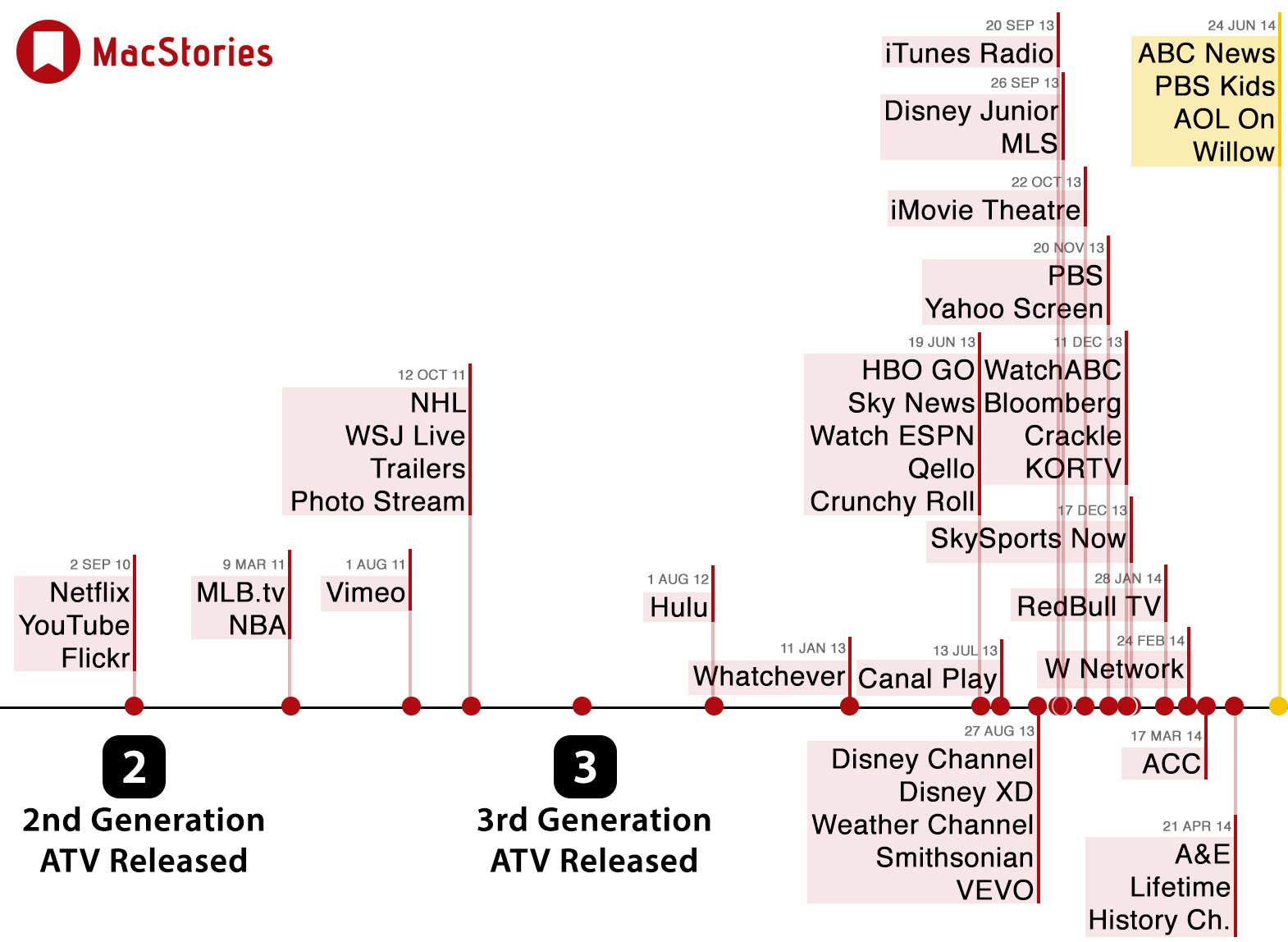 Earlier today the Apple TV was updated to add channels for ABC News (US only), PBS Kids (US Only), AOL On (US, Canada and UK only) and Willow TV (US and Canada only). It is now the 19th occasion on which Apple has updated the Apple to add new channels, pushing the total number of third party channels to 37 for those in the US. Also updated was the existing Flickr channel, which received a redesign.

Back in April, when we originally posted the above visualization, I wrote:

Even more interesting is the fact that in the last 12 months Apple has rapidly increased their pace of adding new channels, with 26 being added in that time period.

With today’s additions, it takes it to 30 third-party channels being added to the US Apple TV in the last 12 months. If you want to see what channels are available in your region, Apple has a helpful knowledge base article.