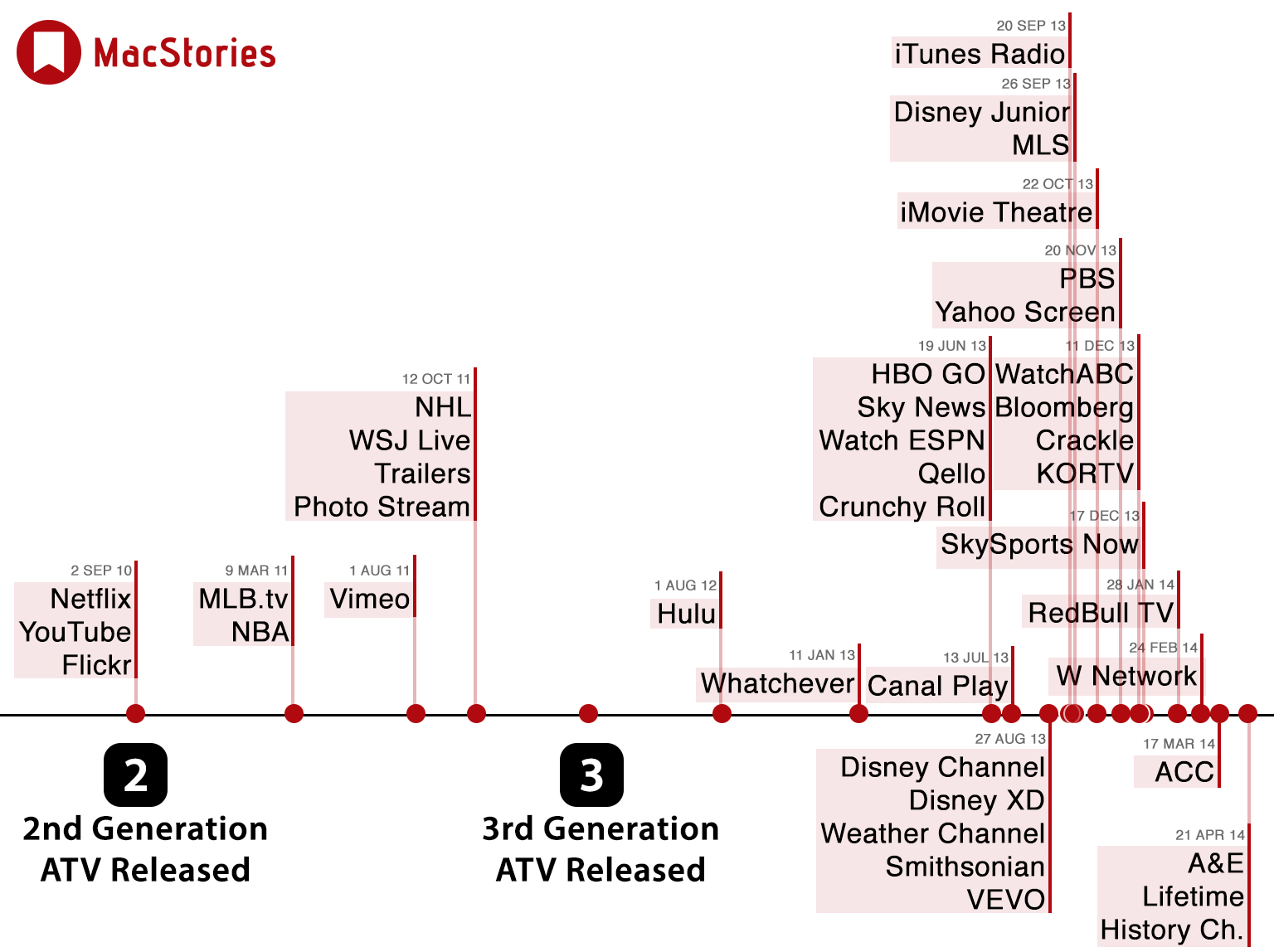 The Apple TV is a curious product. It has been called a hobby product by Apple; rumors constantly suggest a ‘groundbreaking’ new Apple TV is imminent, and Apple has chosen to add features to it on a more frequent, but irregular, schedule than their other products. What I mean by this last point is that unlike other products and services such as iOS, iCloud and even Apple Maps, Apple has not seen the need to wait for a keynote to update the Apple TV with new services.

In fact, since the Apple TV (second generation) was released in 2010, Apple has added new ‘channels’ to the Apple TV on 18 seperate occasions. Excluding Apple’s own channels, the Apple TV now has 33 third party channels in the US, with a handful of other channels only available in countries outside the US. Even more interesting is the fact that in the last 12 months Apple has rapidly increased their pace of adding new channels, with 26 being added in that time period.

I did this research after noticing a more frequent and steady stream of news about new channels being added to the Apple TV. I don’t have any explanations or theories for this recent acceleration of channel additions, but am curious as to where the next few months will take us. Will the pace continue, will Apple slow down, or will they eventually open the Apple TV up with an App Store? Of course, the even bigger question is whether the Apple TV will ever really become more than an accessory to your TV or iOS device and become a so-called “revolutionary” device that challenges ‘the status quo’. Only time will tell.