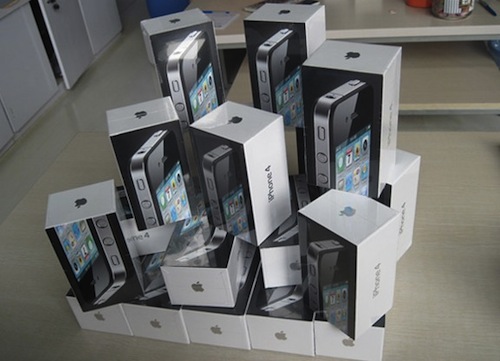 According to new reports from Digitimes, Apple will ship 20-21 million iPhones in Q1 2011, raising the global goal from 19 million units. CDMA iPhones are included in this number, with shipments expected at 5-6 million units in both North America and Asia.

Digitimes also claims 47 million iPhones has been sold in 2010, with Q4 2010 shipments estimated at 15.5 million units. The almost-50 million iPhones sold in 2010 number would play great for Apple’s marketing strategy. As for the CDMA iPhone, we previously heard rumors of the device set to come out India and Korea, too. At this point it seems likely that Apple won’t restrict the new device to Verizon, but it will make it compatible with most Asian carriers running CDMA networks.

Last, Digitimes confirms Foxconn is still the only exclusive maker of the iPad 2 which, according to a report from Digitimes in November, will feature a lighter design, a USB port and a Retina Display.