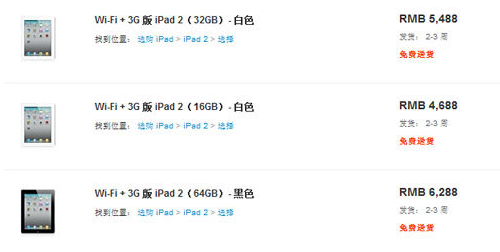 The Wall Street Journal is today reporting that the 3G models of the iPad 2 may eventually be launching in China after the Chinese ‘Telecommunication Equipment Certification Center’ approved the device. Although a specific launch date is not yet known and China Unicom declined to comment to the Wall Street Journal.

Based on the information contained in the Wall Street Journal report, the model (A1396), is the same as the US model that went on sale in March. Those in China have been able to purchase the WiFi models of the iPad 2 since it launched on May 6th but the 3G models were forced to go through additional regulatory approvals.

According to China’s Telecommunication Equipment Certification Center, a device by Apple with third-generation high-speed wireless data capabilities was issued the network access license needed for the company to begin official sales in China. The device, listed under model number “A1396,” is compatible with the 3G standard WCDMA, and would work with the cellular network operated by Apple’s local iPhone partner, China Unicom (Hong Kong) Ltd.

Interestingly, the 3G versions of the iPad 2 mysteriously appeared yesterday, and promptly disappeared, from the official Apple website. Penn Olson managed to take a screenshot of the page which details prices starting at 4,688 RMB for the 16 GB version, 5,488 RMB for the 32 GB version and 6,288 RMB for the 64 GB version - all of which had estimated shipping times of 2-3 weeks. 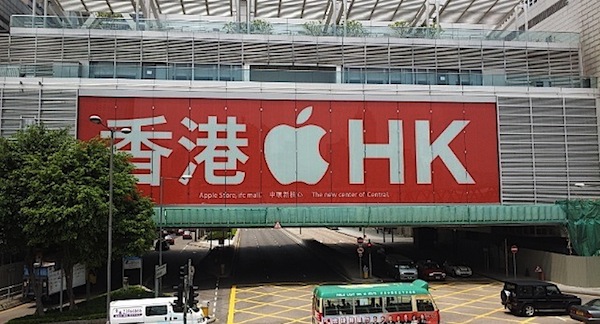 Meanwhile in Hong Kong, Apple has confirmed that they will be officially opening this quarter, with Engadget China claiming a September 24th date. The store is located in the International Finance Center’s IFC mall and is currently covered up in large, striking red banners with the slogan “The new center of Central”.