You would expect the shiny new iLife suite to be running at full 64-bit smoothness, wouldn’t you? Not so fast, literally. GearLive reports the bad news:

So we figured that one unannounced “feature” would likely be that the iLife suite had been converted to 64 bit. After all, Snow Leopard has had more than enough time to mature out in the wild, and it seems that developers left and right have jumped onto the 64 bit bandwagon. That’s why we were sorely disappointed when we launched Activity Monitor and found that, unlike just about every other process and application we are running on the Mac Pro, the iLife apps are still labeled as “Intel” rather than “Intel 64 bit.” 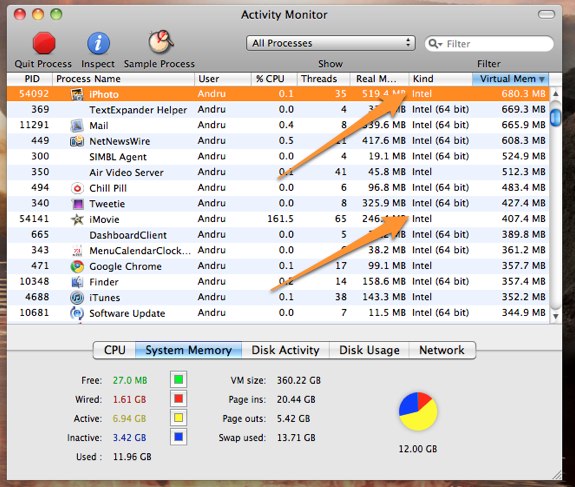 Many speculated iLife ‘11 would be 64-bit compatible, but it appears that the engineering team didn’t have time to rewrite the codebase. Here’s to hoping for an update, or - worse - 64-bit coming in iLife ‘13. [via MacRumors]