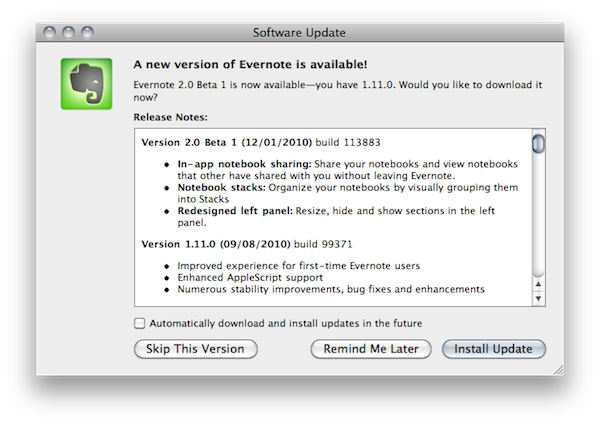 Evernote, the personal digital assistant available on the Mac, PC, web and several mobile devices, released a major new version of the desktop version for Mac users today, bringing it to 2.0 beta.

The new version is available now for all users; you just need to make sure “update to beta versions when available” is checked in Evernote’s preferences. 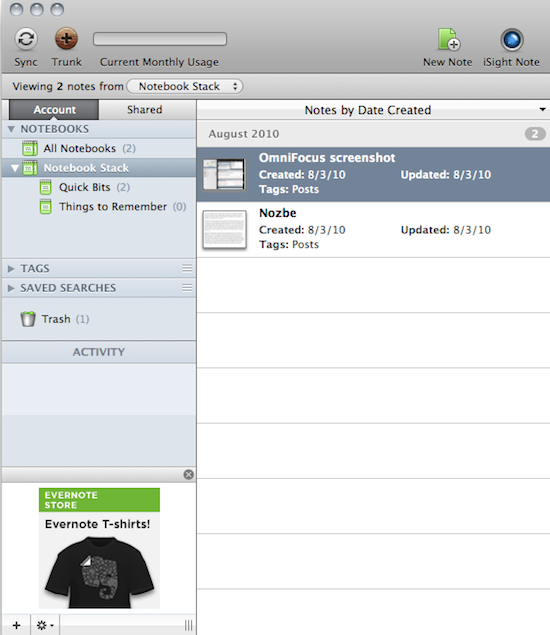 Evernote 2.0 beta is a significant upgrade that introduces two highly requested features: in-app notebook sharing and “stacks”. Stacks are basically folders for your notebooks, a neat way to organize them in the sidebar without having to constantly scroll a huge list. Stacks can be collapsed, but they won’t show up in the web interface as this is a Mac-app only feature. As for notebook sharing, that is really simple as well: to share a notebook with a friend or colleague, just right-click on a notebook and start sharing. Premium Evernote subscribers will get further collaboration features such as editing of shared notebooks. 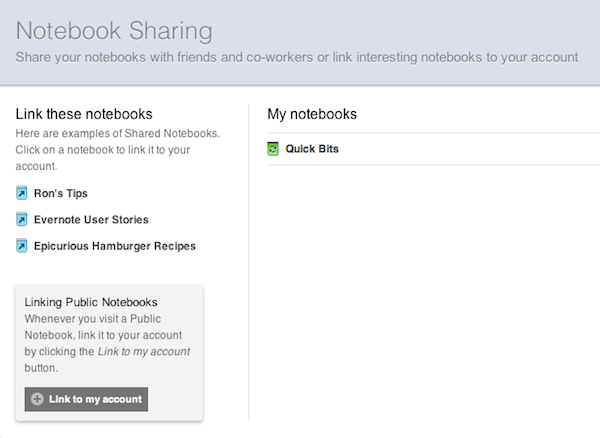 The folks at Evernote also redesigned the left panel to spice things up a little bit and bring more elegance to the sidebar. Looks really good.

Evernote’s been a roll recently with the release of updated iPhone and iPad clients and the Trunk, an online directory to browse apps and gadgets that integrate with Evernote. I don’t use the service on a daily basis, but I have to admit it’s becoming a must-have tool to remember any kind of information you may stumble upon every day. Evernote is free, and worth giving another spin if you haven’t tested it recently.