Why The 4-inch iPhone Screen Won’t Happen This Year 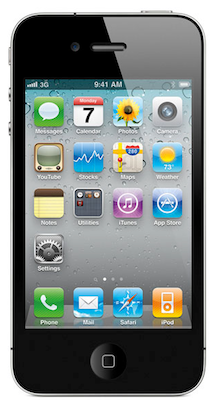 In a great “Doing the math” post, Chris Rawson at TUAW outlines the single reason why the next iPhone won’t get the rumored 4-inch screen:

Apple could work around that issue by slightly increasing the iPhone 5’s width, but there’s another problem. If Apple increases the screen size to 4” but retains the same 960 x 640 pixel dimensions, the PPI (pixels per inch) value drops to about 289 ppi – well below the iPhone 4 Retina Display’s 326 ppi, and just barely at the threshold of a “Retina Display” level of quality. To maintain 326 ppi, the pixel dimensions on a hypothetical 4-inch, 3:2 screen must increase to the neighborhood of 1080 x 720, plus or minus a few pixels.

App developers would then have three sets of resolutions to support for the iPhone instead of two, and scaling from 960 x 640 to 1080 x 720 wouldn’t be anywhere near as simple as the pixel-doubling that got developers by in the early days before they were able to scale apps up from 480 x 320 resolution.

Apple doesn’t want to lose the appeal of the Retina Display, and on other other hand they can’t come up with a third resolution a year after the introduction of the iPhone 4. That would be hell for third-party developers.

Whole post is a must-read. Check out all the numbers here.