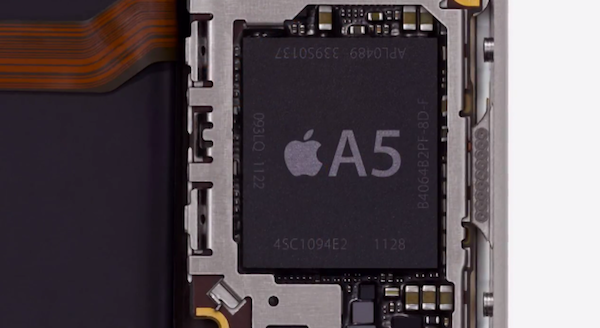 Stephen Shankland at CNET reports on a possible explanation as to why Apple decided to make Siri an iPhone 4S exclusive:

Apple’s A5 processor includes noise-reduction circuitry licensed from a start-up called Audience, and a chip analyst believes that fact resolves an iPhone 4S mystery and explains why the iPhone 4 lacks the Siri voice-control system.

Audience revealed details of its Apple partnership in January, when it filed paperwork for an initial public offering (IPO) of stock. Teardown work from iFixit and Chipworks revealed a dedicated Audience chip in the iPhone 4, but the iPhone 4S integrates Audience’s “EarSmart” technology directly into the A5 processor, the company’s S-1 filing said.

Audience confirmed in its filing that Apple signed an agreement to pay royalties for the intellectual property used in the A5 processor in the “three months ended December 31, 2011”, suggesting that only the iPhone 4S version of the A5 (the A5 CPU is also used on the iPad 2) supports Audience’s technology. Audience also said that Apple is a licensee for the next-generation IP, although they won’t be contractually forced to use it; iPhone 4-era technology from Audience also has advanced noise-reduction, but it was only with the second-generation product (the one on the A5) that Audience perfected recognition/reduction at arm’s length – thus allowing for features like voice control through Siri.

Integration of Audience’s EarSmart on the iPhone 4S’ A5 could explain why Apple decided to not offer Siri on older devices, and why it will likely only feature the voice-based assistant on newer devices going forward. A number of unofficial hacks to enable Siri on older devices surfaced in the past months, albeit with mixed results.