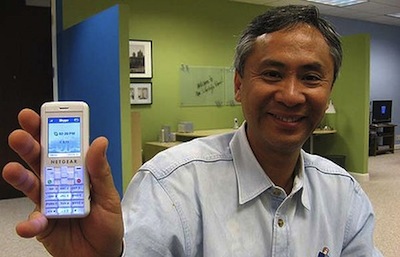 At a lunch in Sydney today, Patrick Lo said Apple’s success was centred on closed and proprietary products that would soon be overtaken by open platforms like Google’s Android.

Lunch was not the main point. Here it is:

Lo said Apple’s closed model only worked because, in many product categories like MP3 players, “they own the market”.

“Once Steve Jobs goes away, which is probably not far away, then Apple will have to make a strategic decision on whether to open up the platform,” said Lo.

This is a common mistake: thinking that Apple’s integrated model is somehow linked to Steve Jobs’ personality or physical presence at Apple. But there’s more:

Right now the closed platform has been successful for Apple because they’ve been so far ahead as thought leaders because of Steve Jobs,” said Lo.

Wrong again. They have been successful because they predicted what consumers wanted, not because of Jobs’ personal tastes.

Eventually they’ve got to find a way to open up iTunes without giving too much away on their revenue generation model.

What does this mean, exactly? This is business lingo. I think he wants Apple to accept any kind of app. The real gem is about Flash:

What’s the reason for him to trash Flash? There’s no reason other than ego,” he said.

Or maybe – but you know, I’m just guessing here –  it was a business decision.