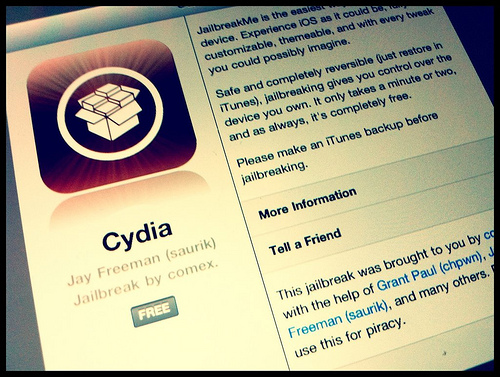 Forbes has published an interesting story on comex, the 19-year old hacker and Cydia developer who has released jailbreak tools for the iPhone multiple times in the past years. Namely, the latest iteration of JailbreakMe (which relied on a vulnerability in the iOS’ PDF rendering library that Apple patched after 9 days) has been used over 2 million times to jailbreak iOS devices (including the iPad 2) running iOS 4.3.3. Last year, comex released JailbreakMe 2.0, again based on a bug in the PDF engine, which allowed users to jailbreak devices running iOS 4.

The popularity of comex (his Twitter account alone has over 172,000 followers) and the anticipation that precedes every jailbreak release had the unpleasant side effect of a leak of an early beta version of JailbreakMe 3.0, which forced comex to rush the public release fearing Apple’s upcoming fix.

Perhaps the most interesting part from Forbes’ story is this little tidbit about comex’s background:

The young hacker taught himself to code in the programming language Visual Basic at the age of nine, gleaning tricks from Web forums. “By the time I took a computer science class in high school, I already knew everything,” he says. When he found that he couldn’t save a screenshot from the Nintendo Wii video game Super Smash Brothers to his computer, he spent hours deciphering the file, and later worked on other Wii hacks, getting a feel for its obscure operating system.

“I didn’t come out of the same background as the rest of the security community,” he says. “So to them I seem to have come out of nowhere.

Whilst Apple is seemingly “borrowing” ideas from the jailbreak community to implement them in iOS 5 in a more polished way, questions remain whether the future of the iPhone has much room left for jailbreakers. The way I see it, as long as Apple won’t allow users to freely customize the experience of iOS at the same degree the Mac does, and as long as people like comex will be around, there will always be a reason – we’re not talking about the necessity – to jailbreak a device.

Read the full story over at Forbes. [image via]