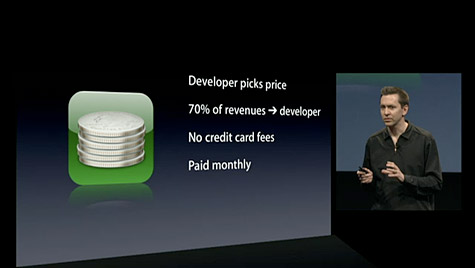 This is a problem that lawyers call a misallocation of burden. The law generally works to ensure that the party in the best position to address an issue bears the responsibility of handling that issue. In the copyright context, for example, the default assumption is that the copyright owners are best positioned to identify potential infringement. This is because, among other reasons, copyright owners know what content they own and which of their works have been licensed. Here, absent protection from Apple, developers hoping to avoid a legal dispute must investigate each of the technologies that Apple provides to make sure none of them is patent-infringing. For many small developers, this requirement, combined with a 30 percent fee to Apple, is an unacceptable cost. Even careful developers who hire lawyers to do full-scale patent searches on potential apps surely would not expect to investigate the technology that Apple provides. Instead, they would expect (with good reason) that Apple wouldn’t provide technologies in its App Store that open its developers up to liability – and/or would at least agree to defend them when a troll like Lodsys comes along.

The Electronic Frontier Foundation (EFF) thinks Apple should stand up for its developers and protect them from patent trolls like Lodsys, who are asking for licensing fees on a technology provided by Apple itself to developers through the SDK. We’ve been following the debate surrounding Lodsys for over a week now, and whilst The Guardian reported Apple would issue an official response this week, nothing has come out of Apple’s legal department yet – though Apple is well known for taking its time before addressing issues publicly. Several bloggers in the past days have suggested Apple may use the WWDC stage to speak directly to developers and explain the situation with in-app purchases, patents and Lodsys, even if the company previously announced that the WWDC would simply offer a preview of the future of iOS and OS X.