Chris Hadfield And His iPad In Space 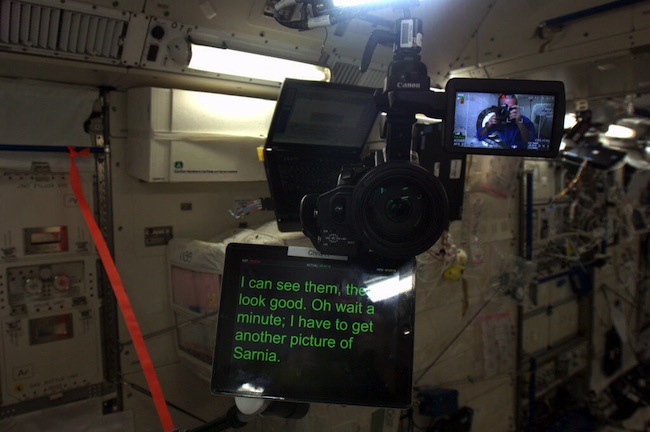 Canadian Space Agency astronaut Chris Hadfield has been orbiting Earth 16 times a day on the International Space Station. When he’s not busy operating advanced machinery like the Canadarm2, Hadfield seems to be enjoying his iPad a lot.

I got curious when I saw Hadfield’s photo of his iPad teleprompter yesterday on Twitter; as noted by Cult of Mac, the app should be Teleprompt+. I did some research, and it looks like Hadfield is using his iPad as an entertainment hub for the entire ISS as well. As written by the Canadian Space Agency:

Chris Hadfield has put a lot of music on International Space Station (ISS) already, directly from his iPad ─ thousands of songs.

Of course, I asked Dr. Drang. The simple answer is: give the iPad a shake. The complex, scientific answer is here.