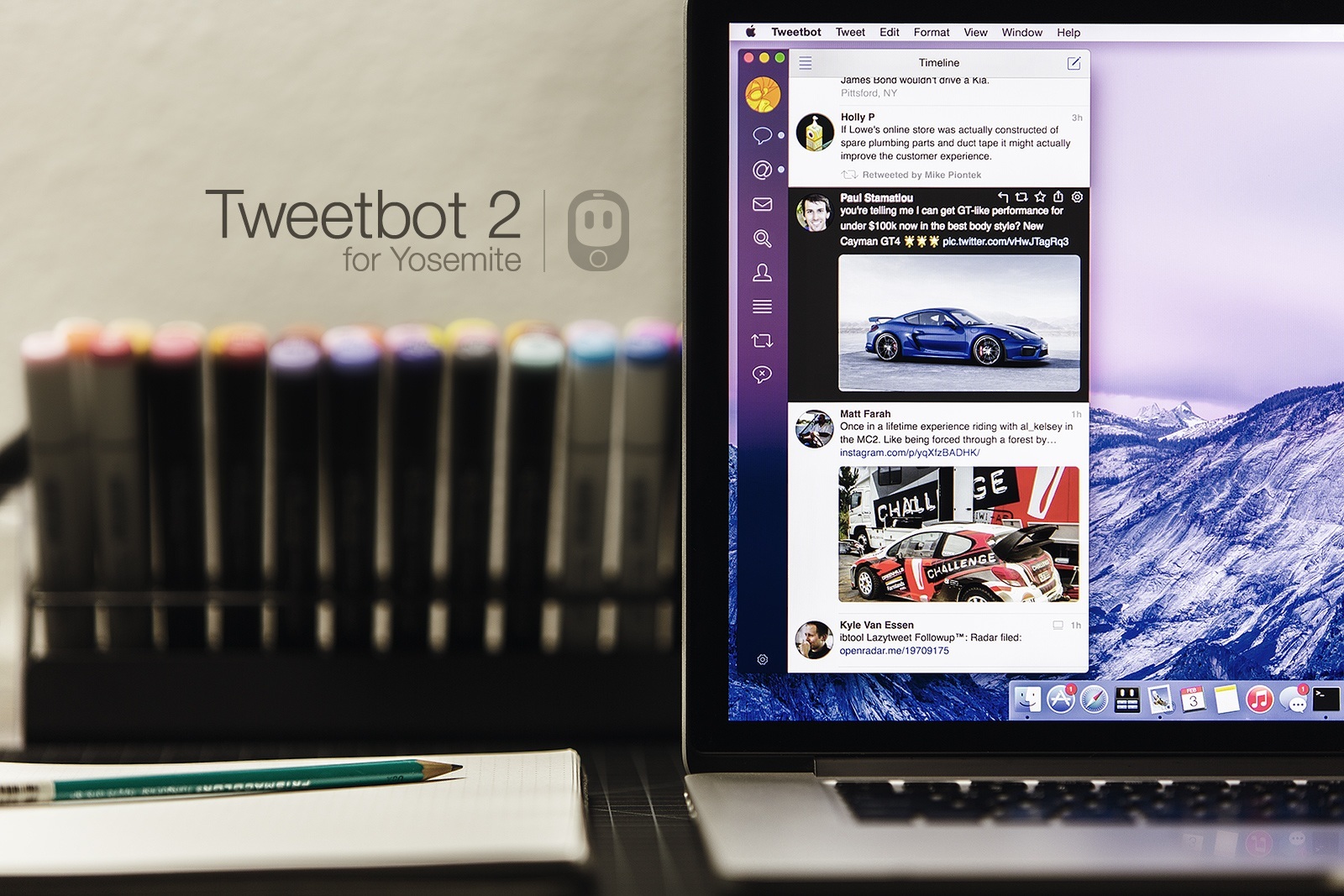 Tapbots announced today that Tweetbot 2.0 for Mac will be released on Yosemite and it’ll be a free update for existing customers.

Tweetbot for Yosemite has been more work than anticipated, but it is coming…and yes, it will be a free update! http://t.co/HOQI4fSdsO

My preference on iOS these days may go to Twitter’s official app, but, on the desktop, Twitter for Mac is in a very sad state, whereas Tweetbot is a great client with tons of handy features. I’m curious to see if Tapbots will manage to add support for modern Twitter features, but, overall, the visual refresh is already looking good. Considering that it’ll be a free update, you can buy the app today from the Mac App Store, get your Twitter token in, and wait for the new version to launch.