We’re happy to announce a new version of Tot with some features frequently requested by the app’s legion of fans.

The main focus of today’s release are system extensions that allow Tot to co-exist with other apps. To this end, we’ve added a Sharing extension for both iOS and macOS. Additionally, there’s also a widget for iOS that lets you quickly access any of Tot’s dots. Like everything else in Tot, attention was paid to minimizing friction, allowing information to be collected as quickly as possible.

Tot’s new share extension is, quite possibly, the best one I’ve ever tried for a plain text note-taking app. In an intuitive, compact UI, the extension offers everything I need: I can pick one of Tot’s seven dots; I can choose to append or prepend text to a dot; the extension even lets me pick the number of line breaks I want to put between a dot’s existing content and the new text I’m inserting into a note. And here’s the best part: the upper section of the share extension’s popup has a full, scrollable preview of the selected dot, so I can see what the entire note will look like before appending or prepending text. Tot is the first note-taking app I’ve used that gets this aspect of sharing text/links to an extension right. 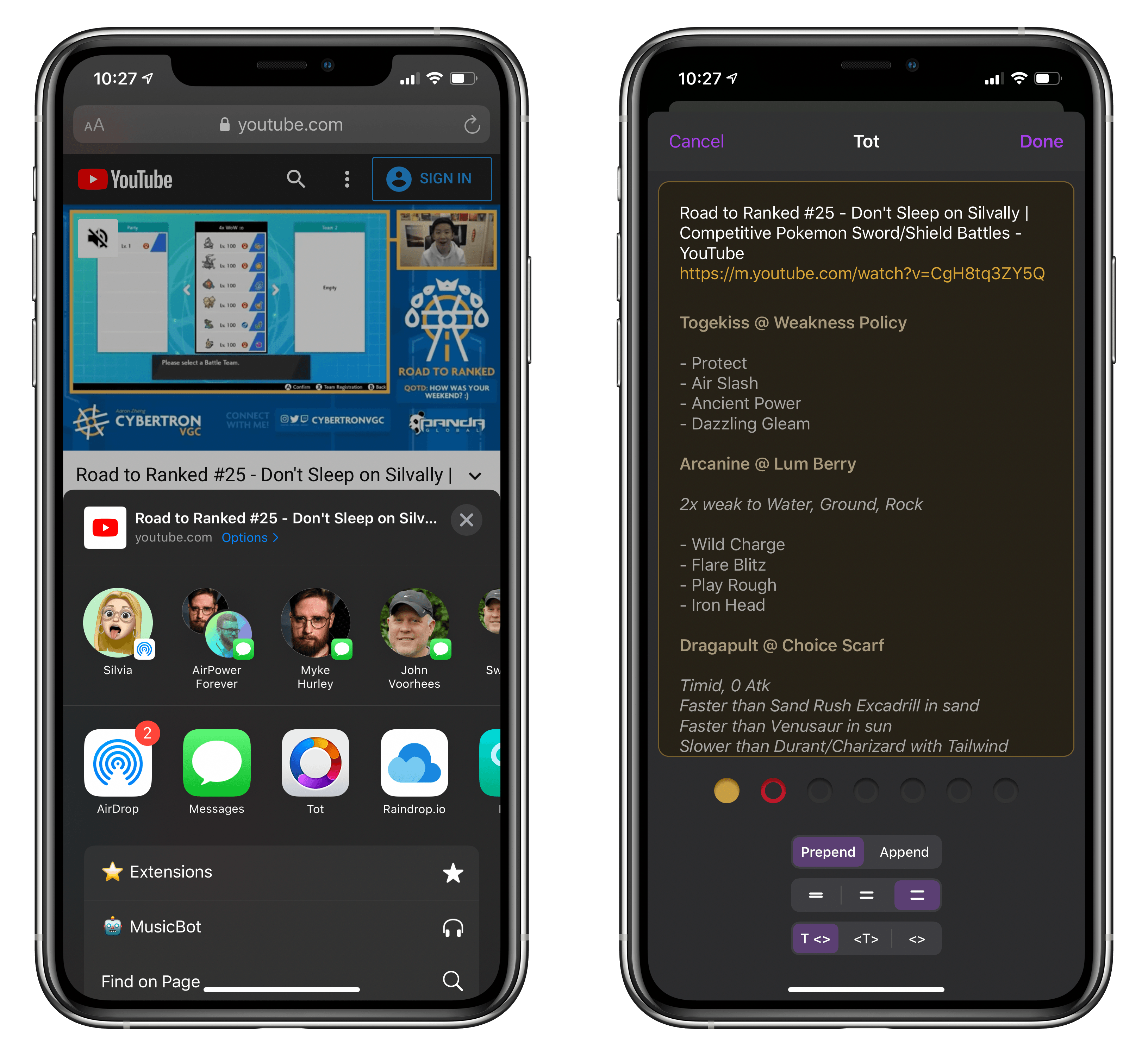 It may be considered a small enhancement to the app, but Tot’s new extension shows how much consideration went into designing an experience that is both powerful and willing to get out of the way as quickly as possible. I wish more note-taking apps offered a share extension similar to The Iconfactory’s app, which, months after its original release, I still use as my go-to scratchpad every day.