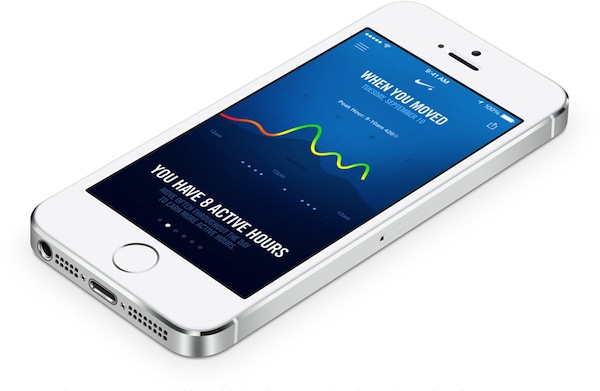 Announced alongside the new Fuelband SE was an update to Nike+ Running, and the new Nike+ Move app which Phil Schiller showed off during September’s iPhone 5c + 5s Keynote. The Nike+ Move running app is a sort of “Fuelband lite”, being previously detailed by Engadget as being an introductory experience into the Nike+ ecosystem. From today’s press release:

Launched by Apple at their recent event, the Nike+ Move App is an introductory NikeFuel experience for iPhone 5S users. Nike+ Move measures when, where and how you moved and uses NikeFuel to motivate you. Nike+ Move then lets you compare your movement with that of your friends or other Nike+ Move users around you.

The Nike+ Move app will be free to download on the App Store.