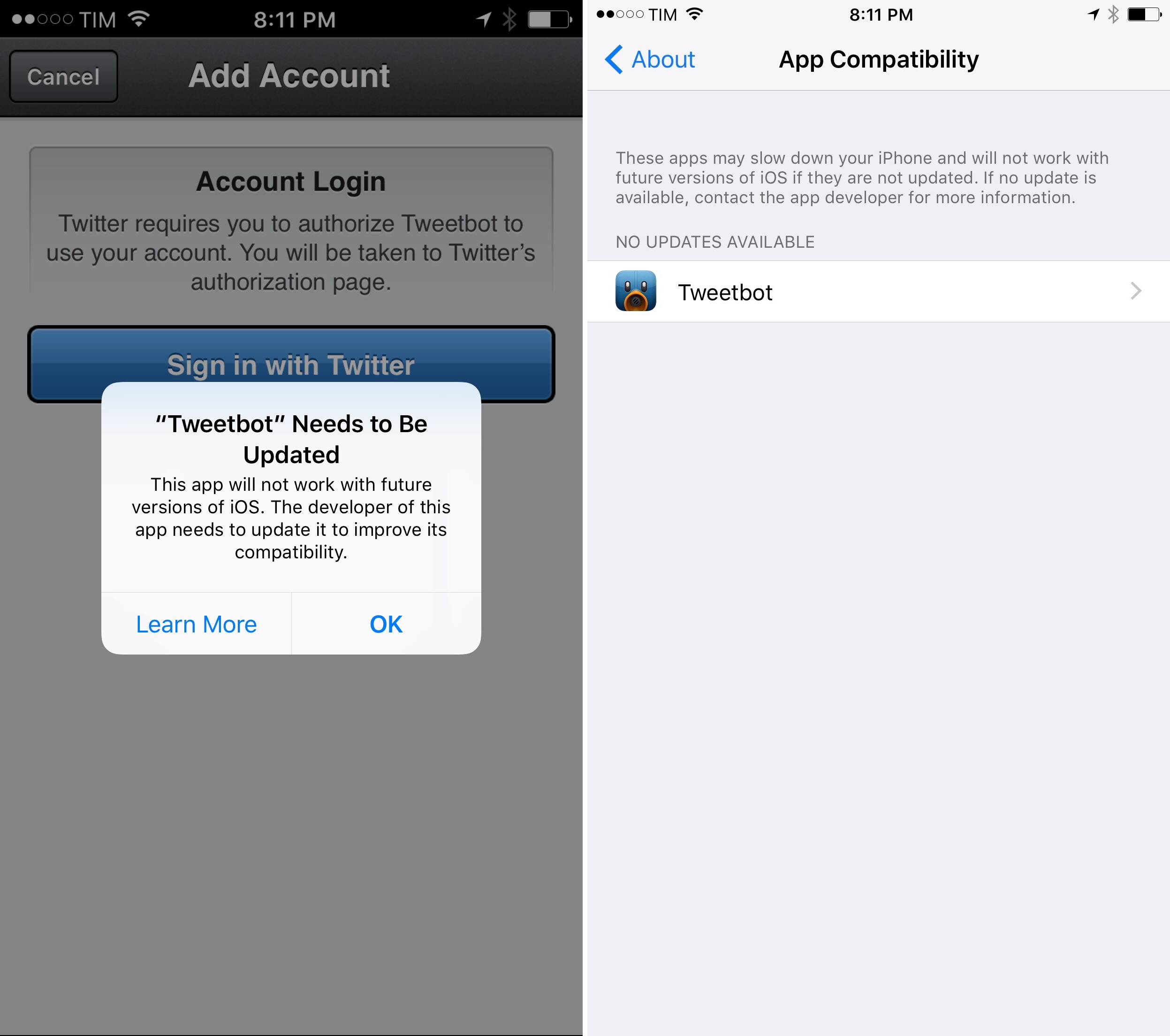 In addition to a new warning displayed upon launching an old 32-bit app for the first time, it appears that iOS 10.3 will also include a Settings page listing legacy apps that “will not work with future versions of iOS”.

In the Settings app, there’s a new “App Compatibility” section that lists apps that may not work with a future version of iOS. Tapping on one of the apps opens it up in the App Store so you can see when it was last updated. As has been discovered in previous betas, opening one of these apps on your iOS device pops up a warning with a similar non-compatible statement. App Compatibility can be accessed by opening the Settings app and choosing General –> About. From there, scroll down to “Applications” and tap it.

It’s not clear whether these warnings will make it into the final release of iOS 10.3, but they’re a strong sign that developers should prepare for stricter 64-bit requirements in iOS 11.