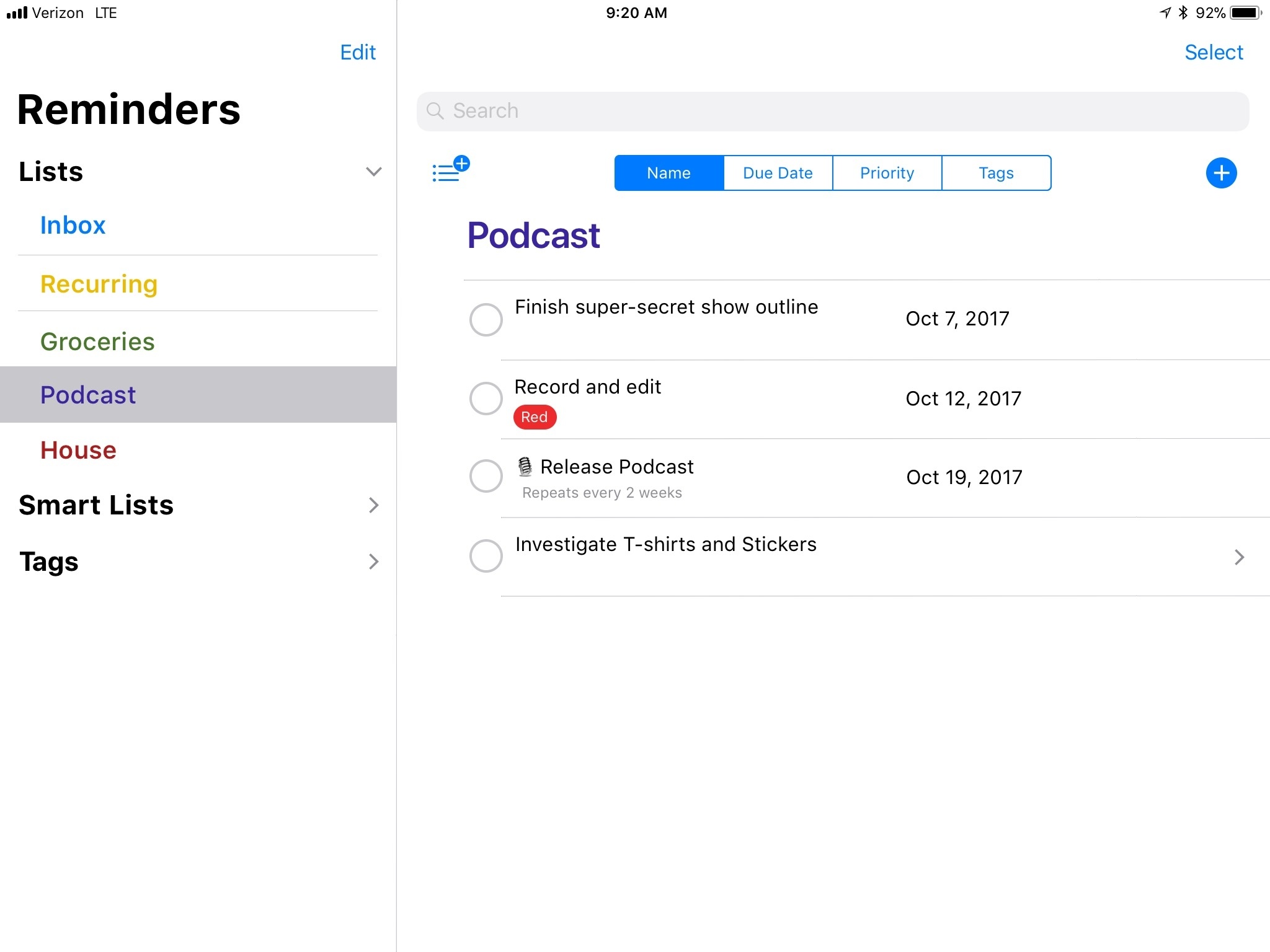 Tim Nahumck has outlined his vision for a new and improved Reminders app, inspired by the iOS 11 design language and existing concepts found in apps like Files. I’ve long hoped for a full Reminders revamp to make the app look and feel more modern, and Nahumck has some good ideas for what Apple could do. The words that resonated most with me, however, are where Nahumck explains why Apple should do this:

I think a lot of people’s lives can be improved by task management. For years, I’ve tried to get family and friends to see the benefits; sometimes they do, most times they don’t. But that doesn’t stop me from trying.

What I have often found is that the idea of downloading a separate app bothers people. Sure, they’ll have a few dozen free apps – camera and photo editing apps, several social media apps, a bunch of couponing apps – but heaven forbid they get a paid productivity app involved in the mix. The mental friction of having a separate app to manage their lives can be difficult to get over. This is usually the point where I suggest simply using Reminders: it’s basic enough to get the job done, it’s a part of the OS, and they don’t have to pay to try it out. But the app isn’t where it needs to be.

These words highlight the inspiration that I believe Apple should take in approaching a full Reminders rebuild. I know tons of people whose lives would be improved by a bit of task management help; the number of people in this category among all iOS users has to be enormous. As such there’s great potential for a new Reminders – rethought from the ground up – to add true benefit to the lives of millions of users. Like Nahumck’s concept shows, I think this could be done in a way that still offers significant utility to power users, while keeping it simple for those who want it so.

For the last several years I’ve had a refreshed Reminders on my WWDC wish list, only to be disappointed. Maybe with the important groundwork of drag and drop and the new iOS design language now taken care of, 2018 will be the year my wish comes true.