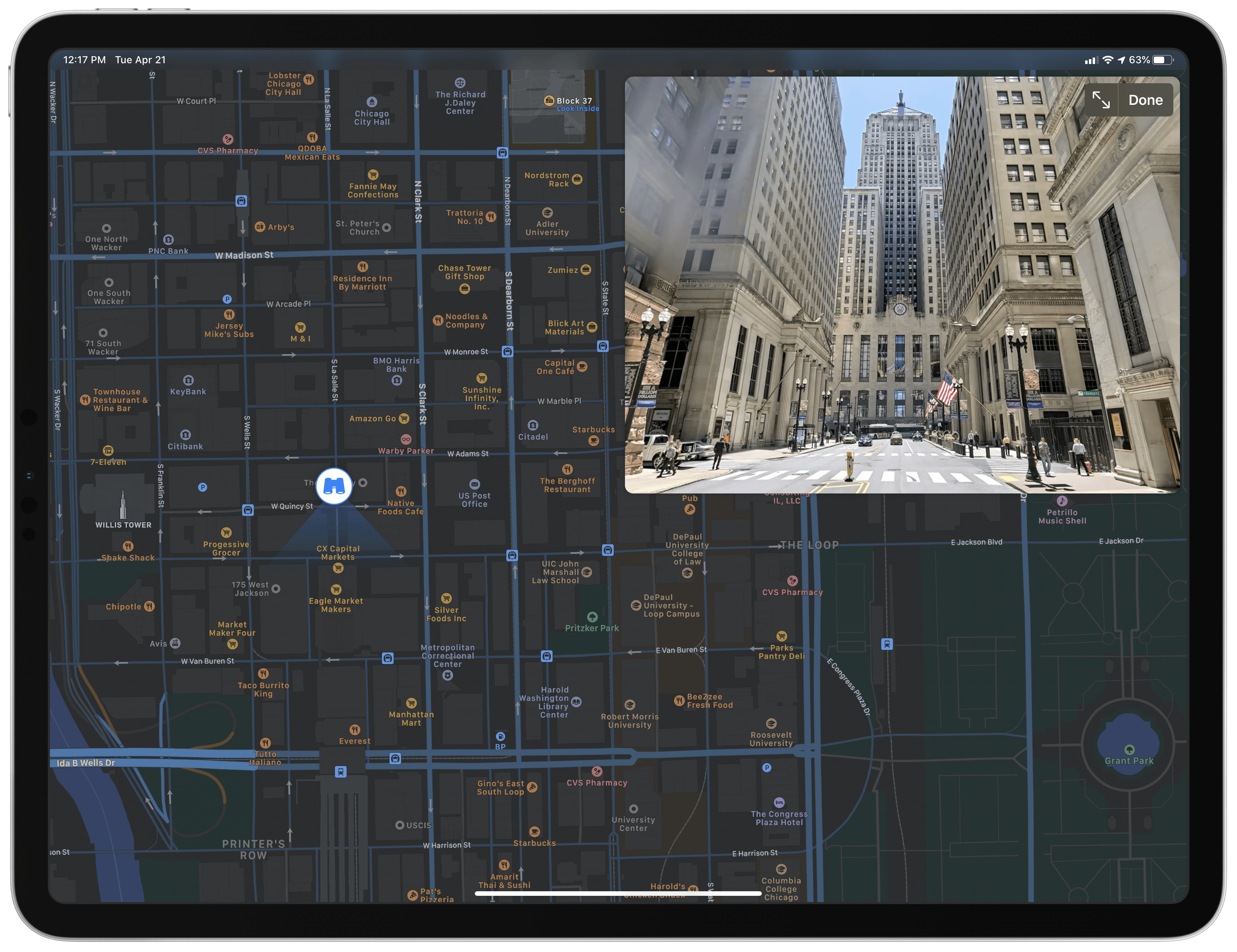 Apple has updated the Look Around feature of the Maps app to include Chicago, and as always, Justin O’Beirne has all the details.

According to O’Beirne, Chicago, which is the tenth US city to be added to Look Around, is the biggest expansion of the feature by land area to date. Not only is the city included, but so are many of the surrounding suburbs. The feature still covers only about 0.3% of the land area of the US, but by covering eight of the country’s ten largest US cities, Look Around accounts for nearly 14% of the US population.

For more details on the update, including fantastic animated GIFs that visualize the expansion of Look Around to Chicago and previous cities, be sure to read O’Beirne’s full story.