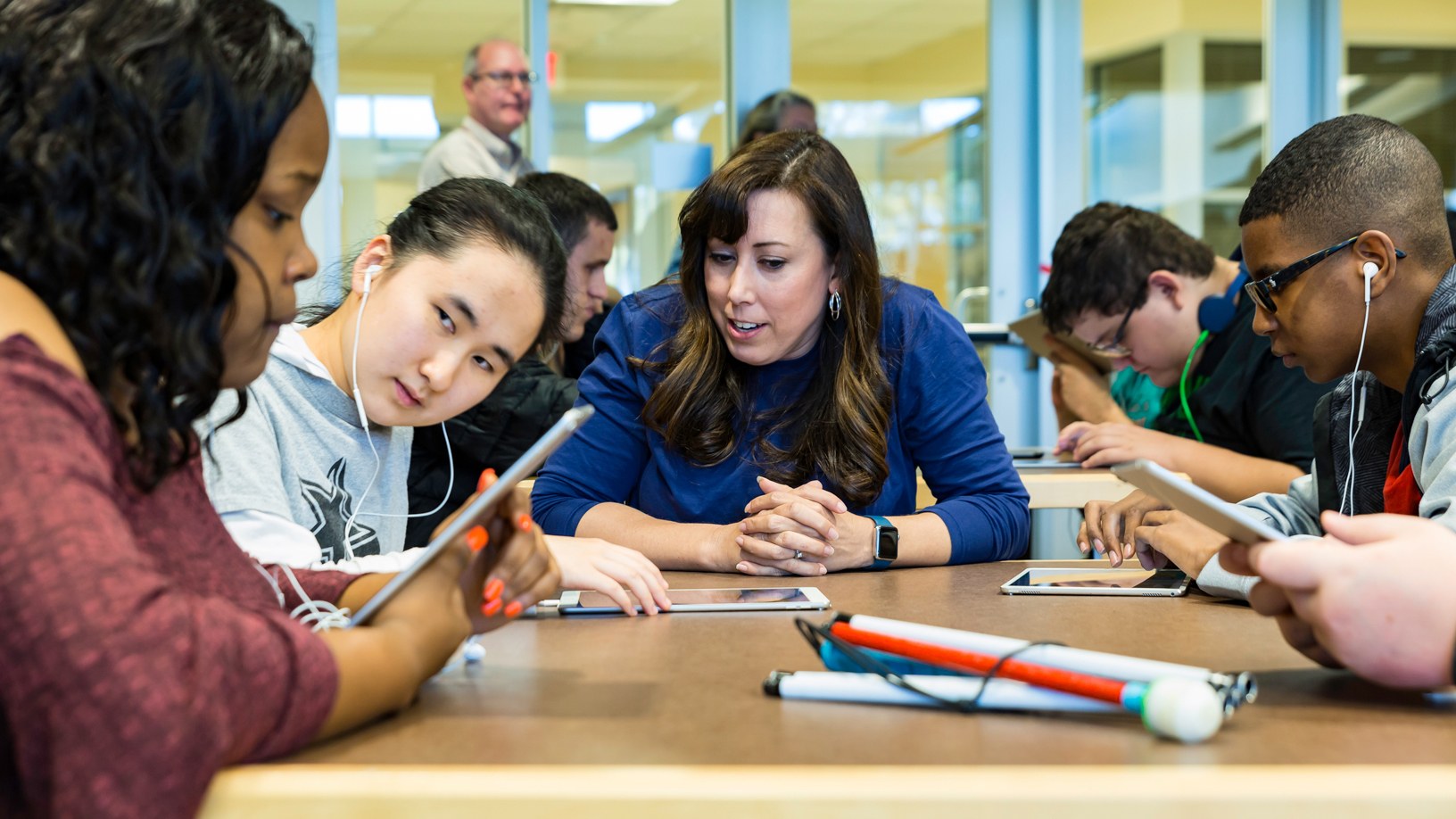 In March, Apple lead a Swift Playgrounds course at the Texas School for the Blind and Visually Impaired. Today, which is Global Accessibility Awareness Day, Apple announced that is partnering with schools in California, Texas, New York, Florida, Illinois, and Massachusetts:

Beginning this fall, schools supporting students with vision, hearing or other assistive needs will start teaching the Everyone Can Code curricula for Swift, Apple’s powerful and intuitive programming language.

“Apple’s mission is to make products as accessible as possible,” said Tim Cook, Apple’s CEO. “We created Everyone Can Code because we believe all students deserve an opportunity to learn the language of technology. We hope to bring Everyone Can Code to even more schools around the world serving students with disabilities.”

In addition to existing iOS accessibility features, Apple is augmenting the Everyone Can Code curricula with tools and resources targeted at students with visual and hearing impairments.