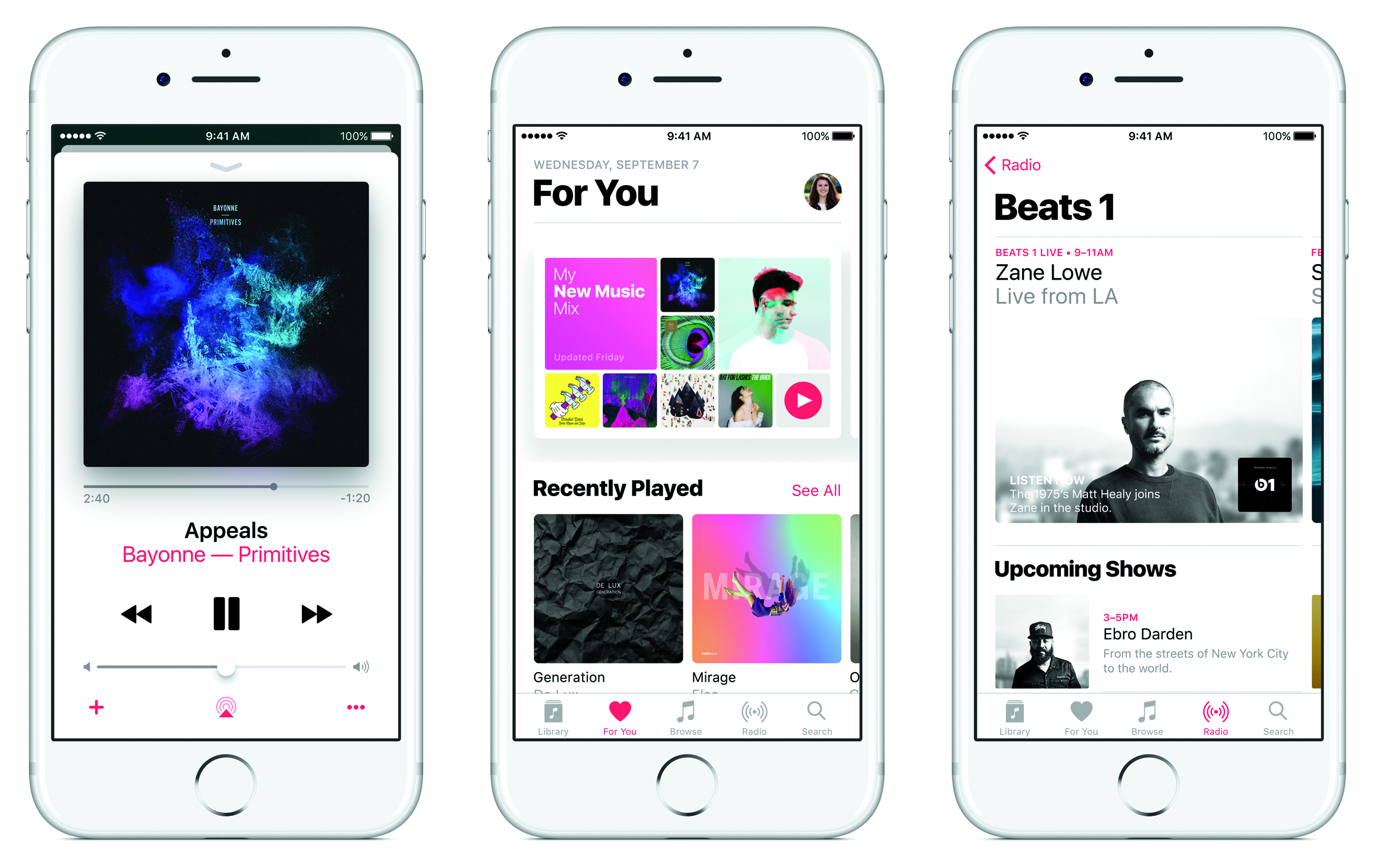 Complex published an interview with what it dubs Apple’s ‘Stream Team:’ Zane Lowe, Bozoma Saint John, and Larry Jackson. The three sat down with Complex to discuss Apple Music, its evolution since it launched in June 2015, where the music industry is heading, and life at Apple.

Regarding their vision for Apple Music as a product, the trio told Complex:

It’s been almost 18 months since Apple Music’s launch, and it isn’t a simple streaming platform anymore. How would each of you describe Apple Music today?

Larry Jackson: It’s really interesting that you would even ask a question like that, because it means that we’ve achieved what we set out to achieve initially: Make something that’s the intersection of all things pop-culture. To make it more than just a utility. I like to think of it as a place where the best creative thinkers in music can congregate and come up with different ideas.

Zane Lowe: Larry was the first person who ever called me and asked if I wanted to be involved in Apple Music. For the most part, it remains how he and I talked about it in that first conversation, which was a place for music to live, and for artists to call home, and for an audience to feel like this is where the conversation is happening. I want it to go deeper than just availability.

Bozoma Saint John: Apple Music is a living, breathing brand. Obviously, as a marketer, I love to work with brands that aren’t static, that have life and personality. Apple Music has that. It’s very affirming to be able to take the personalities that already exist and then make that one statement that can move culture.

Saint John and Lowe also addressed how, at Apple, the artistry of music exists alongside the technology used to deliver it to music fans, echoing Steve Jobs’ explanation of the intersection of technology and the liberal arts:

What are the advantages and disadvantages of working on this project at a company like Apple?

Saint John: Apple is a unique company, in that the art and the science sit together very nicely. There’s an appreciation for both sides of the brain. For me, it’s a much easier conversation in this particular environment, because you have to appreciate what is a very artistic, emotional, ever-changing platform, and also have the rigor of a technology that cannot fail, that has to be consistent. It doesn’t have any flexibility.

Lowe: With tech, it’s mathematics. There are hard margins. What happens when you take something that you love, that makes you feel a certain way, that’s made of those hard margins? What does the future feel and sound like? How do you keep the humanity and the feelings and the stories and the conversations in it?

Apple Music has evolved quite a bit since it launched and based on recent reports, that appears likely to continue into the foreseeable future. Complex’s interview with Lowe, Saint John, and Jackson, which includes a video segment worth watching, is a fascinating snapshot of the thoughts of three of the people leading Apple Music at a time of ever-increasing competition among streaming services.