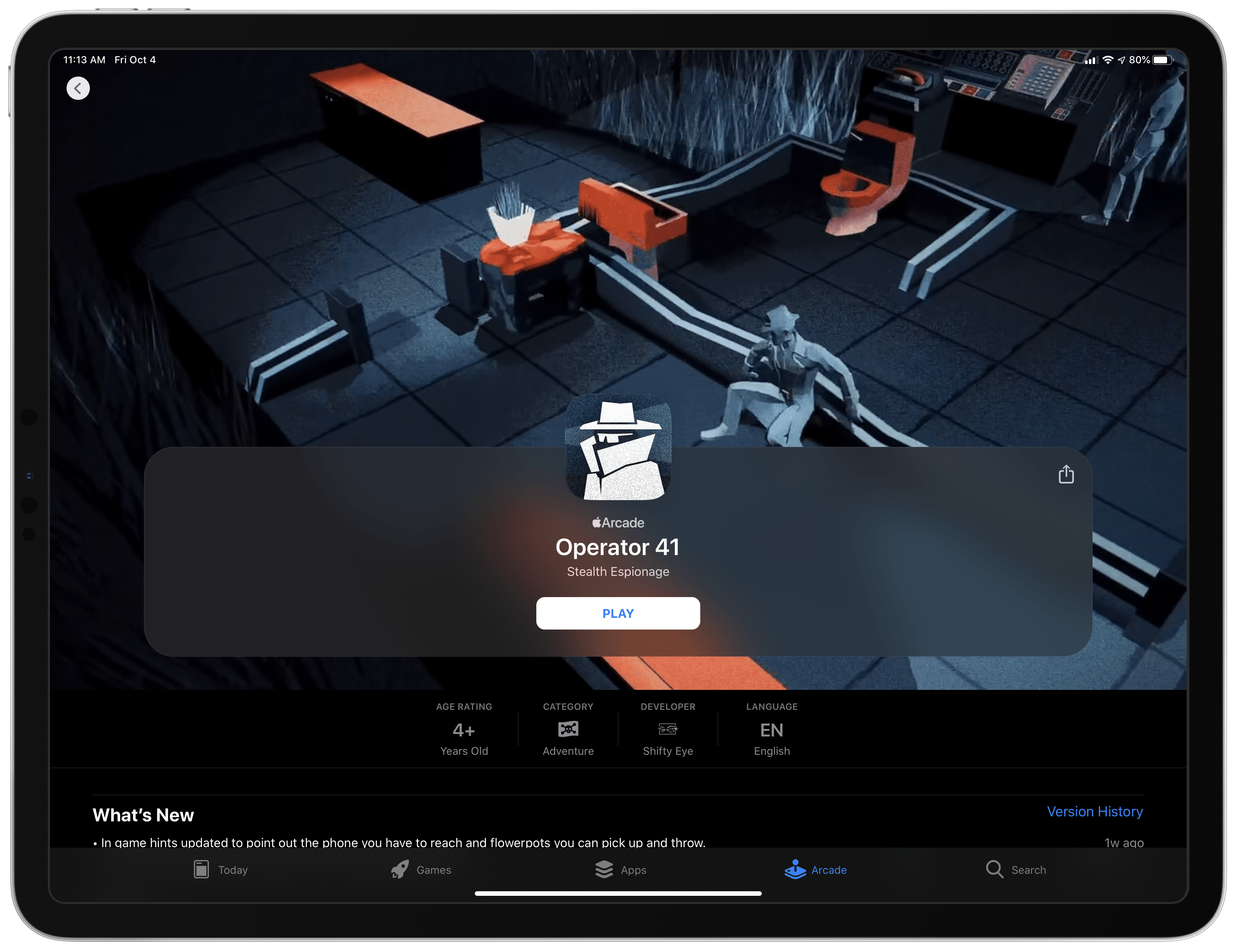 Patrick Klepek writes for VICE about the 14-year-old developer, Spruce Campbell, whose game Operator 41 was part of the Apple Arcade launch:

“When I saw the Apple Arcade announcement in March I dropped everything and decided to build a whole new game for Arcade,” [Campbell] told VICE via email. “I thought that the games that really fit Apple Arcade will probably be designed for it from the ground up, so I came up with a stealth game that would work on all the Arcade platforms.”

Campbell has quite a personal story. As Klepek notes, the young developer taught himself to code starting at the age of 8, and when he was 12 he designed a game, CyberPNK, that netted him a BAFTA award. He also received a scholarship to attend WWDC this June, which is where he was able to personally pitch Operator 41 to Apple for Arcade inclusion. Campbell says following that pitch:

Klepek’s concluding words put into perfect context what this story means for the potential of Arcade’s future.

Operator 41 doesn’t have many reviews. It didn’t get a big marketing push, and wasn’t on Apple’s big stage…But what’s remarkable is that Operator 41 exists at all, and shows Apple having a willingness to give people a shot. Apple Arcade isn’t a place where, like the App Store, anything can get published. There is a curation element. Campbell wasn’t signed because he made a hit that Apple thinks will bring new people into Apple Arcade. In this case, Apple decided it was worth including a game by a mostly unknown 14-year-old designer.

Arcade’s launch has been fantastic, and with the near-certainty of more stories like Campbell’s moving forward, the service’s future looks bright.