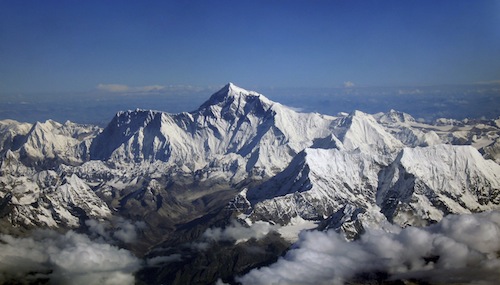 Oh, how many times in the past I wished I could add stuff to Instapaper while climbing the Everest. I mean, that damn mount had seriously bad 3G coverage. We were forced to use those ugly satellite phones every time, and man those things don’t even run Twitter. Or Cydia. Or Angry Birds: Snow Edition. I was so pissed I even sent Steve Jobs an email and told him I wanted my money back because no Everest mention had been made on Apple’s website. Lack of support. 1 star.

If you happen to climb the good ol’ Everest nowadays, though, you might be lucky enough to be able to use the iPhone up there. Reuters reports that Nepali telecom company Ncell installed a new 3G facility at the base camp of Mount Everest – which in case you don’t know, is the world’s tallest mountain at 29,035 feet.

Today we made the (world’s) highest video call from Mount Everest,” Ncell chief Pasi Koistinen told reporters in Kathmandu, referring to the call made from 5,300 meters (17,388 feet), the area from where climbers begin the actual climb to Mount Everest.

The facility provides fast surfing on the web, sending video clips and e-mails, as well as calls to friends and family back home at far cheaper rates than the average satellite phone, the company said in a statement.

So it’s true: you can now check on Twitter updates from Mount Everest. I wonder if geolocation of tweets will work there. Also, think about it: iPhone tethering to MacBook Air in actual thin air.