Yesterday I reviewed PodTweet, a cool and nice application by Cardboard Software which lets you tweet the song you’re listening to on your iPod Touch or iPhone. It has one and only feature, but it surely gets the job done. Could this process of sharing music on Twitter be better developed? It surely can.

Stage lets you share the song you’re listening to on Twitter and Facebook. For Twitter, you have to enter your password and username, just like in PodTweet. Once you’ve authorized access to your Twitter stream you can start tweeting and sharing music with your followers. Better than PodTweet, Stage allows you to preview and edit tweets before sending them: you just have to activate this feature in the Info window. By default, it’s something like “I’m listening to…#stageapp”. As for Facebook, you have to login through the Facebook Connect window every app supports nowadays. Pretty straightforward, anyway. Last, you can send the song you’re listening to via email to a friend and the message will also include a link to the iTunes Store and Spotify. Nice Touch. 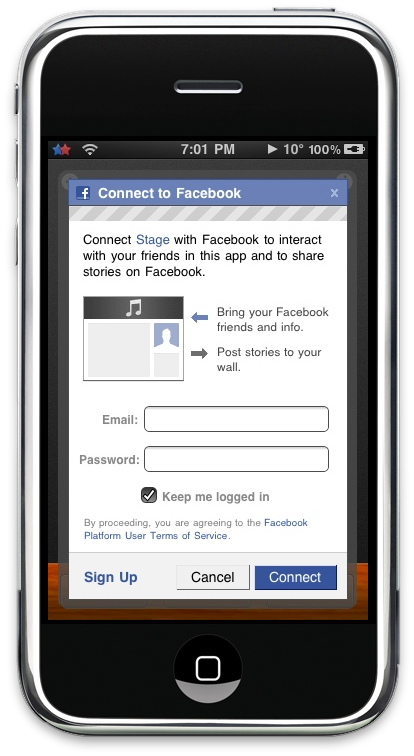 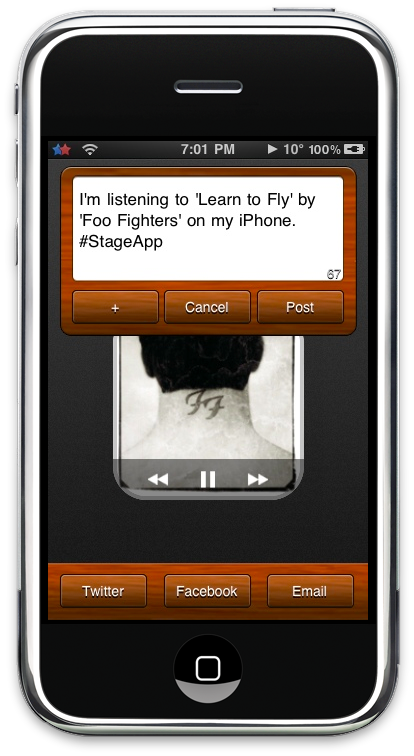 Now, you should know that Stage is actually a music player too. Yeah, you heard that right: you can directly play songs from Stage without opening iPod.app. It basically works like this: once you’ve fired up the application it will show an empty artwork in the middle of the screen and a popup right above it saying “No Music Playing”. Obviously, this won’t happen if iPod.app is already running but let’s say it isn’t now. Tap on the + button on the top left corner and here you go: the artists and songs you have on your iPhone are ready to be picked up and added to the music queue. 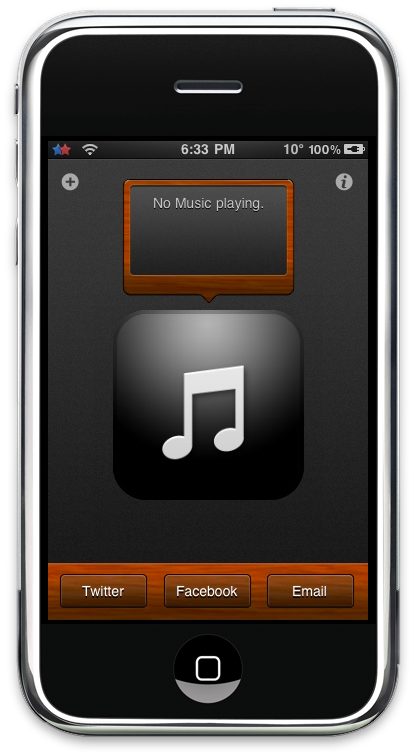 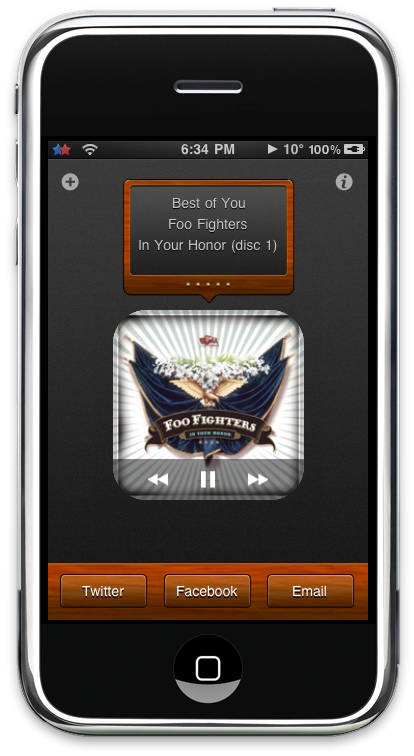 Yes, there’s a “queue” feature too. Indeed, be sure to activate the “Multiple Songs” feature in Settings.app and you’ll notice that when choosing a song from Stage there will be a + button, meaning that you can create a list of songs to play. Once you’ve picked up some songs, just hit Done and Stage will start playing those songs. 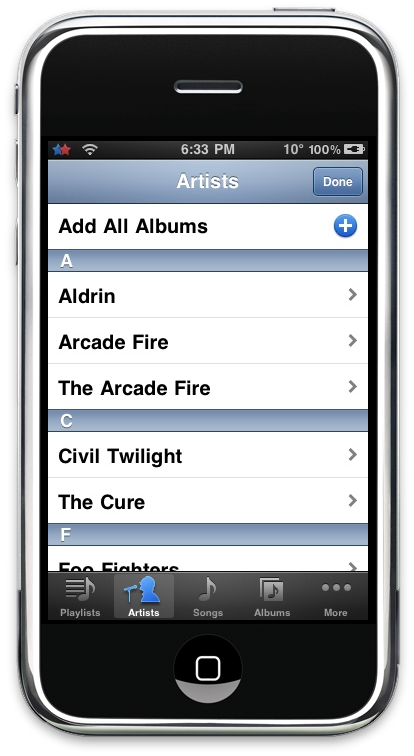 I have to make some considerations about this process though It’s not that iPod.app doesn’t start at all and Stage takes the whole job of playing songs: the iPod application just starts in the background. As you may know, Phone, Mail and iPod.app are the only apps that can “officially” run in the background on your iPhone by default. So, the developers of Stage have taken advantage from this and made the whole thing look like iPod isn’t there. Genius. Another cool thing is, if you create a queue, quit the app and re-open Stage, the queue will still be active. I’ve tested it personally and I don’t know how, but it works perfectly.

Last, I’d like to mention the awesome and beautiful interface of Stage. You can choose between two themes (a dark one and a wooden one) and the overall feeling is consistent and very usable.

PodTweet is no doubt a good app but this Stage is surely better in my opinion. It’s got a gorgeous UI, more features and acts as a music player too. And at $0.99 [iTunes Link] you should consider buying it.

Simon from iPhone360 gave me 4 promo codes to give away to MacStories readers.

I’ll pick up the winners on Wednesday, January 13th.