Nimbuzz is a popular mobile communication service that enables users to chat with their contacts (and make calls) on multiple social networks and external services such as MSN, AIM and Skype. According to the latest report by TechCrunch, the company has been asked to drop Skype support and will be announcing the news to its registered users later today. 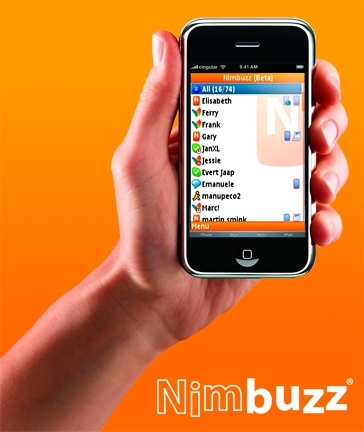 Nimbuzz has raised millions of dollars from investors, has got more than 30 million users and the iPhone app is possibly one of the most popular IM apps out in the App Store. Admittedly, Nimbuzz is a great application and I’ve been using it for months now. The fact that Skype allegedly asked to remove support from the app doesn’t surprise me, though: as TC correctly remembers, the same thing happened with fring back in July, and Skype threatened legal action. If the rumor that Nimbuzz will remove Skype support from October 31st onwards is true, Skype will have one less “competitor” to keep in mind for the future.

Skype’s decision is unfair to its own and our users. People want to choose how they communicate and to be able to make calls and send messages, regardless of service, social network, device or operator network. Nimbuzz gives them the freedom to do so, Skype does not.

For what it’s worth, Skype responded with this canned statement:

Skype has been in discussions with Nimbuzz regarding our concern and belief they were using Skype’s software in ways which it was not designed for, in a breach of our API Terms of Use and End User Licence Agreement.

Skype offered to meet Nimbuzz and discuss the issue however we have not heard back from them since our last correspondence to them in early August. As we have said before, Skype encourages openness and supports developers to build products that work with the Skype platform.

So basically, Skype doesn’t want others to plug in their service and eventually monetize the efforts. We’ll see what happens later today, but no doubt Nimbuzz had a great run so far.