When I first reviewed Read it Later for iPhone back in June (link) I wrote that it perfectly filled many voids left by Instapaper: it had lots of interesting features like sharing, send via mail, offline viewing that made it stand out from the crowd. Then something strange happened: Instapaper started getting a lot better. New servers for improved performances, a brand new iPhone app with cool features, support for other iPhone apps (Tweetie and tumblr), gorgeous interface…Read it Later wasn’t the best read later app anymore, Marco Arment won. But you know, history is a circle: things repeat over time, those who lost the battle may win again in a not so far away future. And that’s what has just happened today: Read it Later 2.0 for iPhone is out in the App Store, and it’s taken the place it once had: the throne.

I heard my friend Nate Weiner (I also interviewed him here) was working on something big during these past months: there was the beta testing of Read it Later 2.0 for Firefox, the 2 millions users and something else regarding the iPhone app goin’ on. Who knew it was a complete rewrite of the application! I mean, everything has changed, from the icon, to the interface and the way RiL organizes your saved pages. 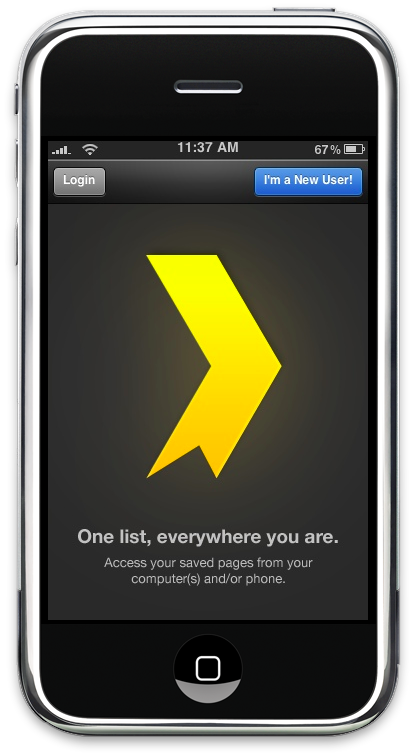 Once you’ve installed the application you can either create a new account or login with an existing one, much like before.  As you log in, you’ll immediately notice the brand new logo and the new, re-arranged homescreen. You can choose to go to your Reading List, Currently Reading List or Read Archive or add  a new page, set up some options and read the Help section.

Let’s go straight to the edge and open the reading list, here’s where things got a lot more awesome. The UI is beautiful, elegant and polished, it makes you wanna use the application. The greatest new addition in the Reading List are tags: you can now tag every article,so that you won’t have that mess of unread post anymore. Instapaper has folders, RiL has tags now. In my opinion Tags are better, but it would be cool to have both, actually. Anyway, you can browse posts by tags and even sort them by date,title and site. 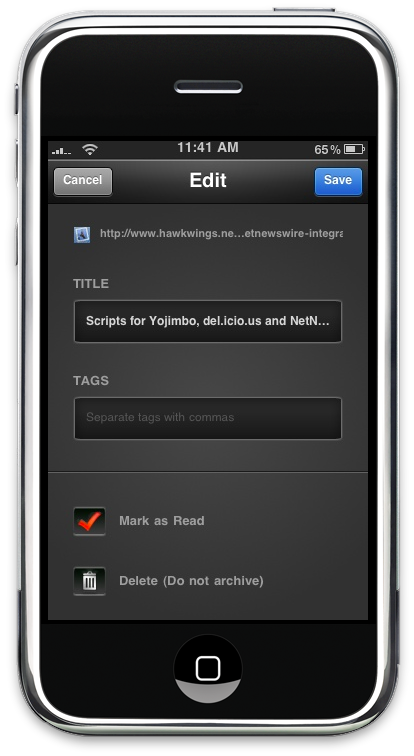 What you’ll notice while using the app are the animations: they’re smooth. Just as smoother as Tweetie’s ones sometimes, and this makes using Read it Later a real pleasure. It has a great feeling in your hands. Speaking of Tweetie 2, Nate Weiner borrowed some ideas from Loren Brichter and ported them to its app: you know, the menu that appears if you swipe over a tweet in Tweetie 2? Ok, this system now works in RiL 2.0 too. Swipe over a saved page and a menu will appear allowing you to edit the post’s details, download it, share it or mark it as read. There are many sharing options: you can email the link or the full text, send the post to Tweetie, Echofon, Twittelator or just Twitter.com and share it on various social networks like Delicious, Facebook, Reddit, etc. 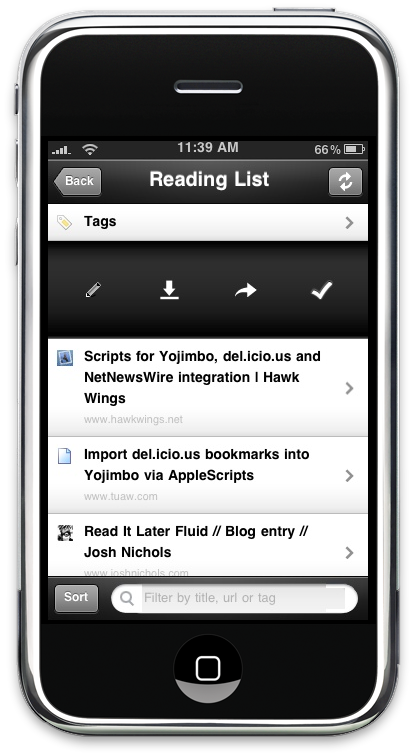 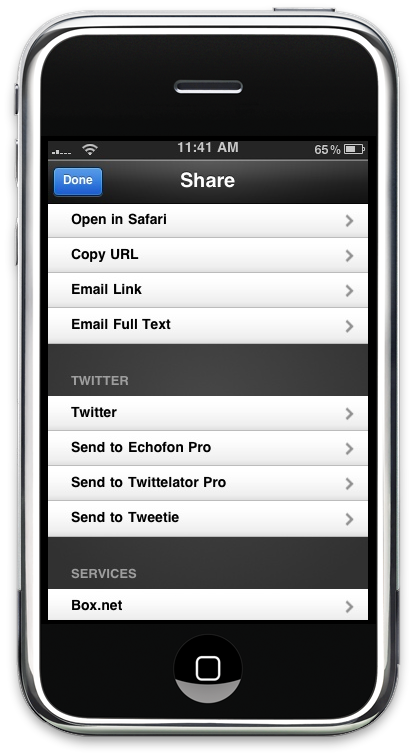 But what about the actual pages you saved? There are many improvements here as well. You can mark an article as read, share it and switch to text only mode. The process is faster than before, it’s now as great as the Instapaper one. You can switch to white text on black background, change to a serif / sans-serif font, center the text and increase / decrease the font size.  The coolest thing anyway is that you can turn off / on the scroll momentum of the iPhone screen, I believe many users are gonna like this. 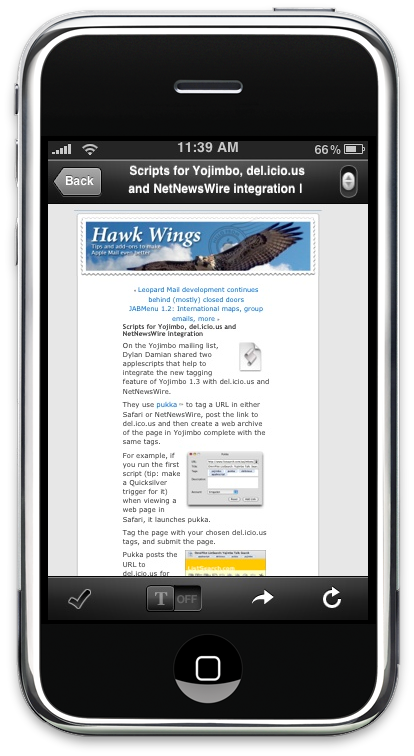 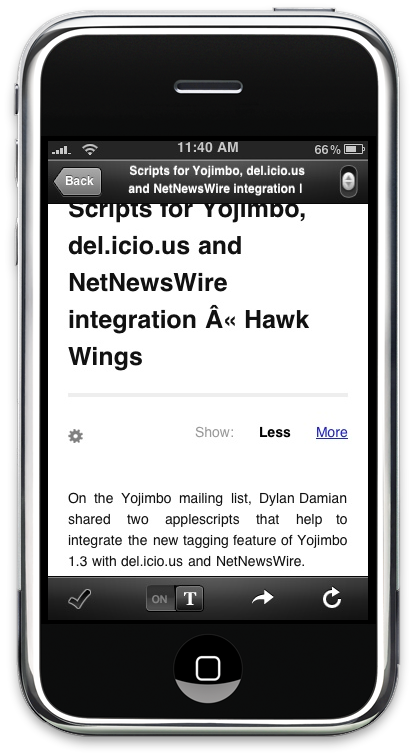 Overall, Read it Later is a huge leap forward, towards the perfect read later service. Sure, the web interface still needs a complete interface refresh (but come on, Instapaper doesn’t have this great web UI too) but with a sexy Firefox addon and this awesome iPhone app Nate Weiner is on the right way. Read it Later Pro is priced at $4.99 in the App Store [iTunes link], but there’s a free version available too.

For those who keep saying Read it Later is unsupported, here’s the list of every app / service that supports RiL as I’m writing:

I think it’s fair enough, but if it’s not..there’s an API for that and implementing it into any application shouldn’t be that hard.

(to those asking which Winterboard themes I use, they’re Matte Graphite and NativeMatte together. And yes, RiL looks great anyway, even without Winterboard)