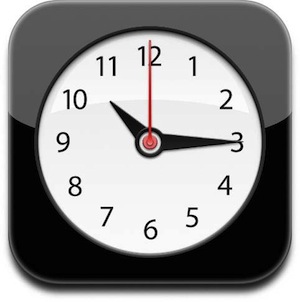 It happened a few weeks ago in New Zealand and Australia and it’s happening again in Europe: not that European countries have switched from Standard Time to Daylight Saving Time, the annoying iOS 4.1 clock bug that makes alarms go off an hour later is spreading like a virus across European users and it’s making the rounds of Twitter.

Apple promised a fix to ZDNet Australia when the bug was first discovered weeks ago. We speculated that Apple might release a fix the same week to prevent the same bug from happening in Europe (last weekend) and the US (they’ll switch to DST on Nov. 7). No fix has been released yet, and iOS 4.2 is scheduled to ship this month. Perhaps they’ll just wait for the new OS to release a DST fix?

Indeed this morning I noticed both my girlfriend’s iPhone 3GS and my iPhone 4 alarms went off later than they should have.

According to Engadget, who first reported the issue:

Deleting and re-adding the alarms will NOT fix the issue. We’ve now tested a number of scenarios under iOS 4.1 for ourselves. The bug appears when using a repeating alarm for anything other than “every day.” So for example, your alarm will go off an hour late if it’s set for “weekdays,” or “weekends,” or every Monday.

Check out the demo video of the issue below. As a temporary fix, you can use alarms that don’t repeat or an alarm set to repeat “every day”. Also according to Engadget, some US users are claiming alarms are going off an hour early. We’ll keep you posted about this.