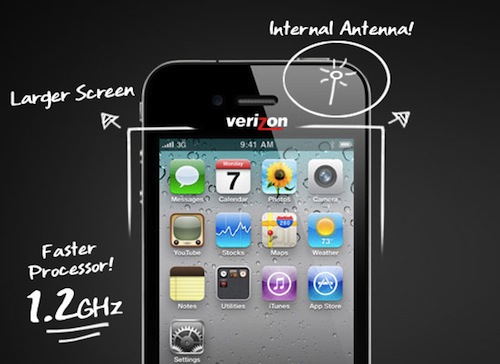 Here’s a new version of a rumor we reported in August: Hon Hai, parent company of Foxconn, won a share of the production contract with Apple for the release of the CDMA iPhone 4 in early 2011. Together with Hon Hai, Taiwanese company Pegatron will manufacture the device and it plans to ship 10 million units during 2011.

The sources noted that Apple`s order for the CDMA iPhone 4 has been shared evenly between Hon Hai and its Taiwanese peer Pegatron Corp., with Hon Hai`s shipment of the device projected at 15 million units for 2011. Apple will launch the phone in early 2011 in cooperation with a couple of telecom companies as Verizon and China Telecom, in a bid to further boost its smartphone market share through exploring the CDMA segment.

Noteworthily, Hon Hai Group has poured US$299 million into construction of a factory in Chengdu, Sichuan Province, southwestern China, to engage in production of Apple`s iPad tablets.

While Pegatron doesn’t comment on the rumors but expects stronger revenues in 2011:

Pegatron Technology internally expects its Apple CDMA iPhone shipments to reach 10 million units in 2011 and the company has recently started to gear up and is installing new equipment as well as hiring about 10,000 new employees at its plant in Shanghai, China, according to sources from component makers. Commenting on the news, Pegatron CEO Jason Chang declined to discuss its clients, but pointed out that the increase in employees is mainly to handle growing smartphone business and he expects revenues in the first quarter of 2011 to see a strong increase.

First quarter of 2011 fits with a January release for the CDMA iPhone. Perhaps with an announcement at the CES 2011 (January 6 - 9) which, again, has been speculated before. The purported CDMA would not be a Verizon exclusive for US customers only, but it would be able to run on China Telecom network as well and other CDMA Asian and European providers. Sources claim it’s Apple attempt to increase the iPhone market share by disrupting the CDMA segment.

We’ve heard many rumors about the CDMA / Verizon iPhone. But this one, specifically about Pegatron and CES 2011 keeps popping up. I believe that where there’s smoke, there’s fire.