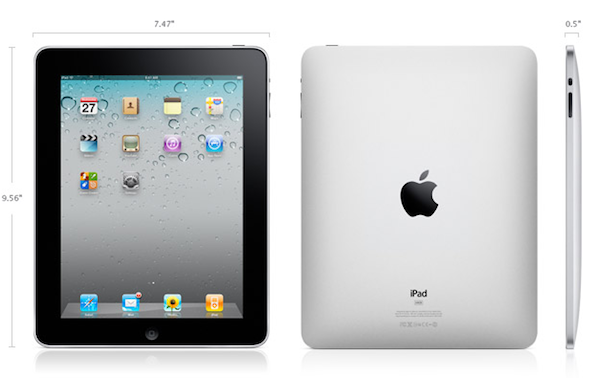 As noted by 9to5mac, Digitimes published yet another report last night about the next generation iPad – or, “iPad 2” – claiming that Taiwan-based company Coretronic has been selected to supply the backlight units (BLUs) for the new device to Chimei Innolux and LG Display.

It is understood that Coretronic is the only BLU supplier of CMI for iPad 2, while LG Display is getting iPad 2 BLUs from Coretronic and Radiant Opto-Electronics.

So according to this new report, the next iPad won’t use the popular AMOLED screens (well, at least popular on Android devices thanks to Samsung’s “Super AMOLED” units) but will keep relying on standard LCDs instead.

Surprised, huh? Don’t be: Apple never really liked AMOLED screens, and with the iPhone 4 they decided to deploy their own LCD solution with extremely high resolution and call it “Retina Display”. The iPad also comes with IPS (in-plane switching) technology, which allows for improved viewing angles and picture quality.

The real question is: will the iPad 2 have some sort of Retina resolution?