Markdown writers and iPad users, rejoice: a new app just came out in the App Store and it’s quite possibly the best choice you have to write using John Gruber’s popular text format on the iPad. I used to write in plain Markdown on the iPad in Simplenote and then do a desktop-side conversion to HTML using Clipmenu’s built-in Markdown tool, but with MarkdownNote by Coding Robots I can now simply write, and send myself an email with the text already correctly converted. 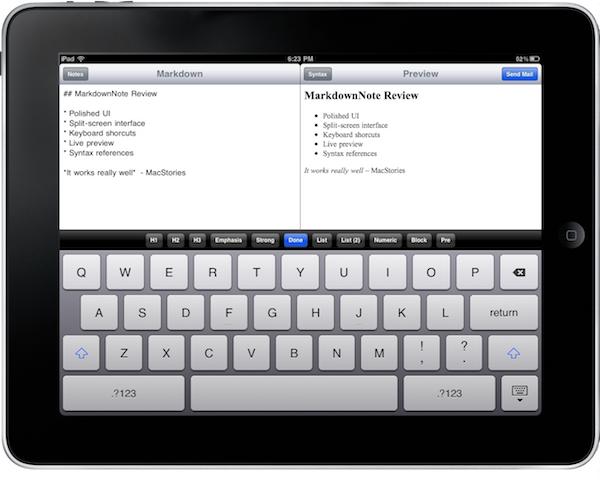 The app is really simple, as one would expect from a Markdown software, but it’s got a neat trick up its sleeve which convinced me to buy it. Instead of forcing you to navigate through multiple views to write, preview and send the generated text via email, MarkdownNote splits the screen in two sections: the actual Markdown writing on the left, and live HTML preview on the right. It’s functional, and I’m not really bothered by the fact that I have to write a quick note inside a smaller panel. In the preview panel you can also check on the syntax, or jump directly to the Markdown page on Daring Fireball.

The developers also decided to enhance the iPad default keyboard and put some handy shortcuts right above it. I like the option, as it’s really a pain to enter those Markdown-related characters using the iOS keyboard. Well done.

There’s not really much more to say about MarkdownNote: it’s a functional application with an interesting approach to writing notes and a very basic UI. At $3.99 in the App Store it might be a little bit pricey for some of you, but I found it to be the best way to write in Markdown on the iPad. 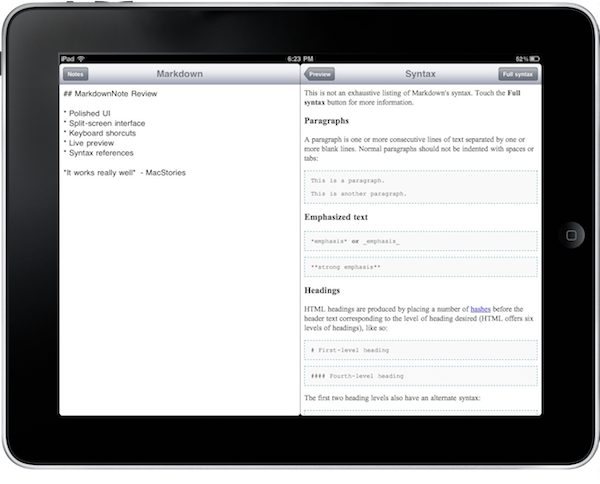 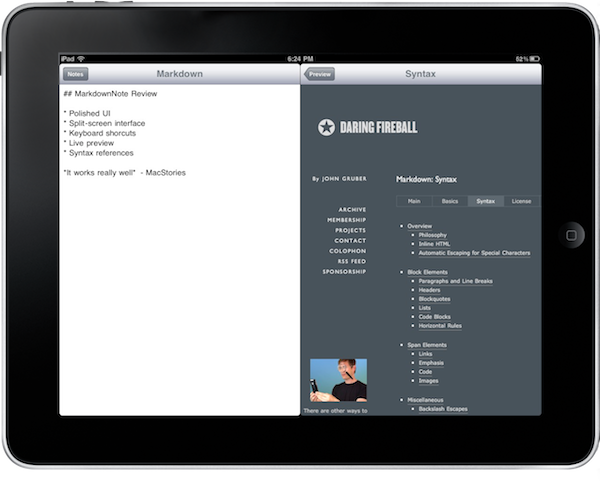 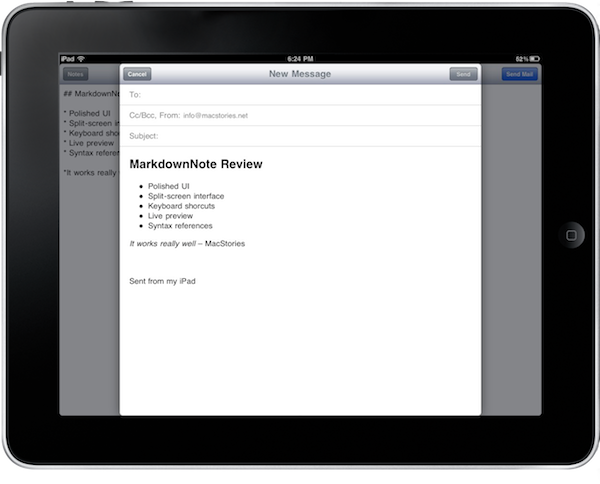