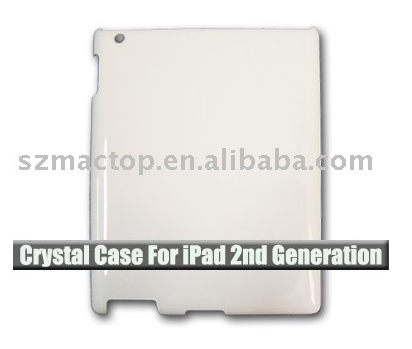 Just in time for today’s iPad 2 rumors, iLounge is reporting of what appears to be the first case the second-generation iPad. Produced by Chinese manufacturer Shenzhen MacTop Electronics, the case shows a slightly more curved design and a hole in the upper left corner for a rear camera. Just like on the iPhone 4 and iPod Touch 4th generation.

The Crystal Case for iPad 2nd Generation also sports a much bigger speaker opening. There have been rumors recently about the “iPad 2” coming out in less than 100 days, and there also have been rumors about Apple willing to implement features such as FaceTime camera, Retina Display and a USB port on it. But a rear camera? That’d be new to the rumor mill.

Quite frankly, I really don’t know if shooting pictures with a 10-inch device would be a good idea. It doesn’t really make much sense to me, while a front-facing camera would be perfect for video calling.

But then again, why are these guys producing such a case if no one is going to buy it? Just to gain visibility? Or perhaps they know the device is going to a have a rear camera, after all? We don’t know. What’s for sure is the rumor are going to be far more interesting from now on. 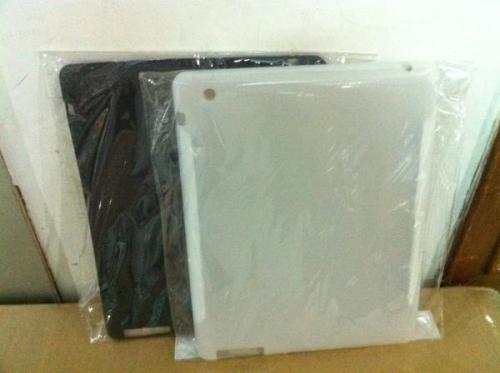 Update: Another image, posted by Kodawarisan and spotted by MacRumors, shows similar cases in black and white models, with a hole for the camera in the upper left corner and the same volume / headphone jack layout of the current generation iPad. As Mac Rumors notes, however, the spot for the volume buttons in these cases looks smaller.

The case also sports the same hole in the lower right corner we have seen in the first white case above, and the description page claims the iPad 2 will come with an SD slot.